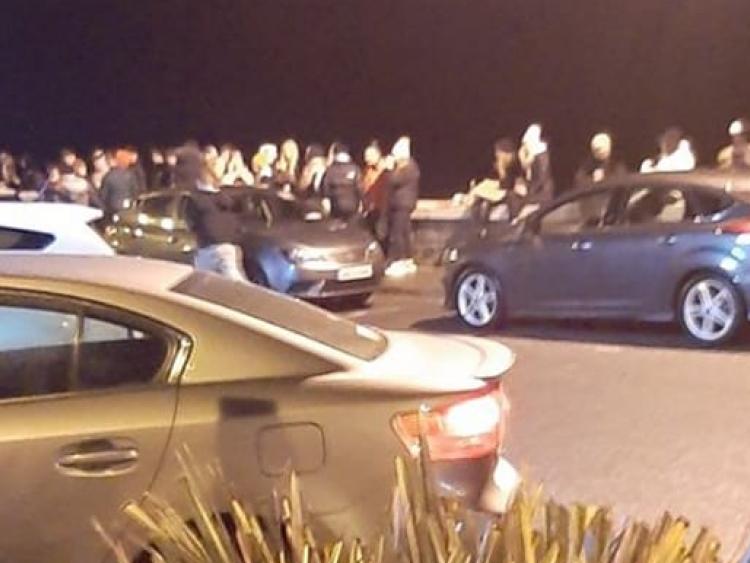 Gardai have warned late-night revellers who gathered along the promenade in Blackrock last weekend that they will be cracking down on people congregating in crowds there this weekend.

Chief Superintendent Christy Mangan said that there will be a heavy garda presence in the seaside village this weekend to prevent people from socialising in large crowds while not adhering to Covid-19 safety measures.

The warning comes as pictures emerged on social media showing groups of people clustered together on the main street in Blackrock last weekend.

“My advice to people who think they are going to cause a problem this weekend is don’t be out and about there because we will be there and we are going to be there in very heavy numbers and we will also be in Carlingford.

“This pandemic is a very serious issue and we all know what is facing us despite the good news that there could be a vaccine we still have a long period of time ahead of us that we have to have a certain amount of control.

“We want to play our part in ensuring that people are kept safe.

“We are not going out to try and catch people out but if people are breaching the law we will be there.”

Chief Supt Mangan said the majority of people are doing the right thing during the pandemic restrictions and acknowledged it is a difficult time for people.

However, he warned that those not adhering to the rules will be dealt with accordingly.

In response to Cllr Maeve Yore asking if the roster in Blackrock garda station could be changed to ensure the same incident of large crowds gathering in the area could be prevented Chief Supt Mangan said he would look at it.

However, the Head of the Louth Garda Division said that there is no sergeant stationed at Blackrock at the moment.

Inspector Liam Archibald added: “We are actively trying to source further support and manpower for Blackrock, which is a priority of ours.

“We are short of sergeants, there is no sergeant in Blackrock – it would make a massive difference if we had one.”