JOE CARROLL: Gartland and Rogers could have made it a good night in Vienna for Dundalk 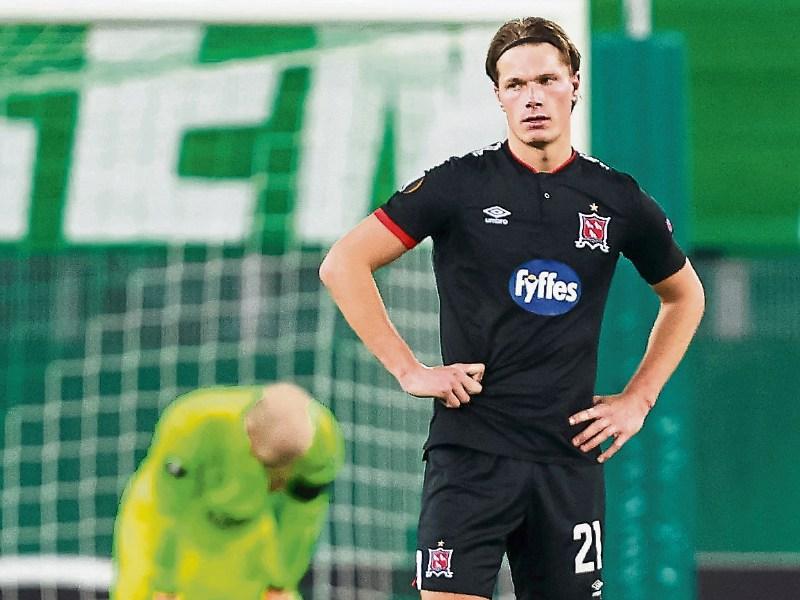 If Filippo Giovagnoli is on trial, his performance as stand-in Dundalk coach determining whether or not he gets the job on a permanent basis at the end of the season, he may not have done himself any good in Vienna on Thursday night.

Yes, his team played a blinder in what was a seven-goal clinker, but in going without two of his most experienced players, the night ended in defeat when maybe there could have been another great continental occasion to go with the many from the past.

Dundalk were out against Rapid Vienna in the third of their Europa League group ties having lost to both Molde, at home, and Arsenal, at The Emirates. A win was vital leading on to the second half of the competition.

A night, surely, for having on call two of your most battle-hardened soldiers, one of them in better form than he’s been for a time, the other, so often a match-winner on the continent, most recently only a few weeks back.

Giovagnoli made huge calls in leaving out Brian Gartland and Gary Rogers. According to one avid Orielite, the latter hasn’t been having the very best of seasons, that at 39 he’s not as agile as he once was. But he is vastly experienced and a proven match-winner, as he showed in the recent qualifying win over Sheriff Tiraspol, and in last year’s defeat of Riga. On both occasions he made penalty-stops

Furthermore, Rogers’ replacement last week, Aaron McCarey, has had little recent match-practice – or, game-time, as it’s now called – and it really was a huge gamble to send him out in an away European match. His delay in getting off his line led to the third goal turning the game back in their favour.

The irony of Gartland’s omission is that since the arrival of the new coach he’s been given a regular spot denied to him by Vinny Perth. He appeared to be revelling in the confidence placed in him, and a repeat of his showing the previous week in London could have made it more difficult for Rapid.

All of that said, it was another brave Dundalk performance, one that might just have yielded a famous win – even allowing for the mistakes at the back — had all chances been taken. There were a few decent ones. With the score at 2-2, Greg Sloggett nodded to the wrong side of the post, while earlier, Michael Duffy, normally good when in sight of the goals, looked a gift-horse in the mouth a few times.

Big outsiders, like Dundalk were, have to get most things right if they’re to create a surprise. Misses and mistakes (before and during the game) were costly in Vienna, but in general play, Dundalk matched their more exalted opponents, clearly playing to a carefully devised plan. For that, Giovagnoli can take credit.