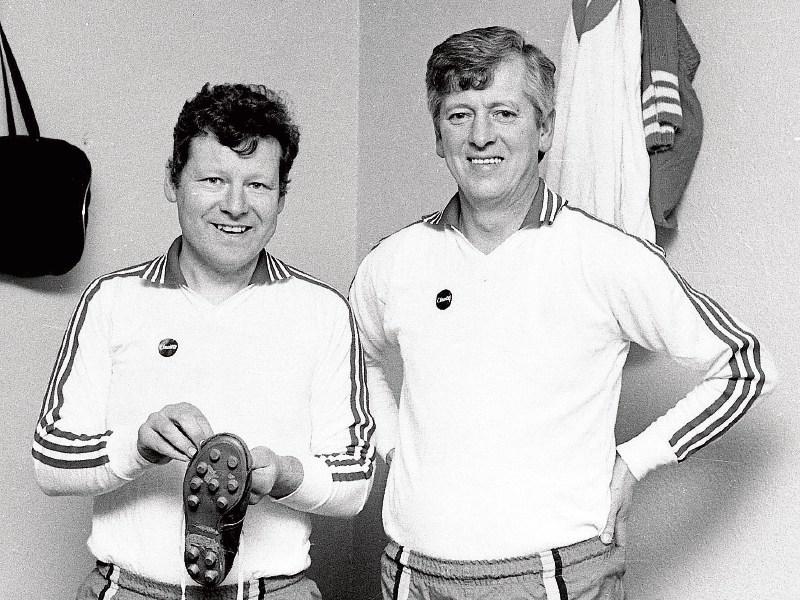 We were playing marbles on the cinder pass surrounding the little field that once fronted Oriel Park when Tommy Kerr came along. It was a Tuesday evening in the 1950s and Tommy was down from Drogheda for a training session with Dundalk. As well as playing marbles we were smoking.

“You’re not doing yourselves any good with those, lads,” he said, nodding at the Sweet Aftons and Woodbines dangling from our lips. I wouldn’t have given up the cigs there and then, but did a few years later. And maybe just as well.

There were several sets of questions which I had to answer before going for a Mater major five years ago. First up each time was: “Do you smoke?” That I didn’t play a huge part in me getting over the line. That’s what I was told afterwards.

Tommy Kerr, who died the week before last, was a first team regular at the time and, of course, we followed his fortunes, particularly in 1958, the year Dundalk went on a Cup-winning run.

He was, as it would have been put at the time, a very neat winger, deadly accurate with his passes but most especially with his corner-kicks.

It was from one of his passes that Dundalk got the match-winning goal in the defeat of Shamrock Rovers in the final. But he nearly undone his good work, needlessly handling the ball inside the box. Liam Hennessy shot wide from the penalty spot.

By sad coincidence, Niall McGahon, who played on the right wing for Dundalk that day, has also gone to his reward in recent days.

Myself and Tommy took our leave of Oriel around the same time, Tommy continuing to play soccer before teaming up with the newly-formed Drogheda United in 1963 - me, then in my early teens, to concentrate entirely on Gaelic football, not wanting to fall foul of the infamous Rule 27 which was prominent on the Croke Park statute book at the time.

But we teamed up again, this time at the dog track. My interest in greyhound racing was fired by the arrival at McDermott’s Terrace in the early 1960s of an all-black bred by Packie Duffy in McSwiney Street.

We called him Happy Half, and he was only alright, winning just a few races.

Tommy had one by the name of Trinity Lass and she was much better, winning races at Shelbourne Park and the old Dundalk track back in the 1990s.

It was as part of a syndicate that rekindled his interest in the greyhound game, taking him to Dowdallshill about a decade ago. How we got to know each other I don’t know.

Maybe it was me going over to him, reminding him of his words of advice all those years back. A night never went by that we didn’t have a chat.

One thing you could say with certainty about Tommy, he was as neat a dresser as he was a winger.