Comment: LGFA have a strange way of showing their gratitude 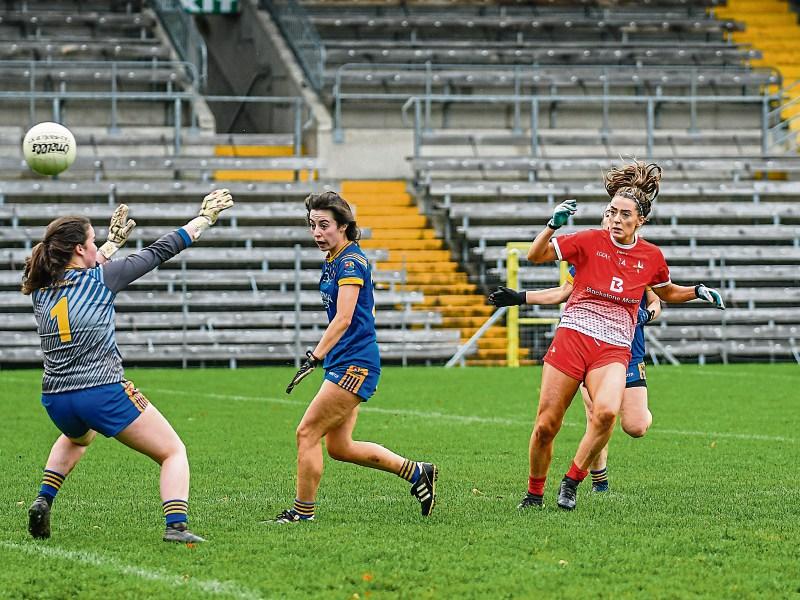 If the LGFA desires coverage, they have a funny way of expressing it.

There was a debate on social media last weekend over whether inter-county female teams ought to be referred to as ‘Louth Ladies’ or ‘Down Ladies’, or, rather, ‘Louth Women’ or ‘Down Women’. Why is there a need to call them anything but their county’s name, as is the case in the male code?

This paper has taken pride in its LGFA coverage over recent years, including the publication of souvenir eight-page preview pullout supplements for both the 2018 and ’19 junior All-Ireland finals.

It received such billing because it deserved it and even when covering club games, the viewership of reports is almost on a par with GAA games; illustrating the growth in interest and participation the women’s game has experienced.

Furthermore, from my childhood days, I’ve been a regular at LGFA matches via older family so it’s always been a priority of mine to ensure female players in Louth get exposure measurable to males.

But this isn’t about your writer or The Democrat, it’s about how tedious it was to merely gain admission to Louth’s opening intermediate championship game last weekend. The GAA doesn’t need the number of journalists there are covering its fixtures, in truth; they are a behemoth. However, while LGFA has developed at a rapid rate, it remains starved of adequate media attention.

Take the build-up to Louth men’s championship clash with Longford. A memo arrived from this county’s PRO, Mark Byrne, informing local hacks of the protocol for the Mullingar encounter the following Sunday.

Hence, the steps were followed and having sent off an accreditation request on Wednesday, an email arrived on Friday from Leinster’s media man asking for a few details and if all media personnel would kindly fill in a Covid questionnaire, comprising six or seven questions, on the Sunday morning. No problem.

The Cusack Park experience was comfortable. As the press box was indoor, the six journalists, including your writer, wore their face masks throughout and made use of the hand sanitiser while maintaining a social distance.

At one stage there were seven of us in the assigned area and following a request by a steward for one to depart, the half-dozen complement was restored. No issues.

Post-match interviews were conducted without a hitch and everybody left happy. Well, reasonably so if you were a Louth man. Nobody has since been diagnosed with Covid.

Many League of Ireland and European fixtures have held their events with similar, if a tad stricter, prior processes regarding contact tracing etc.

And yet the LGFA treat people as though they’re a hindrance. Your writer was the only working journalist, as far as he could see, in Clones on Sunday and while it’s accepted that Friday evening was late in terms of applying for accreditation, had it been known the LGFA would enforce the jumping through of more hoops than there are in the Olympic badge to get in via the front gate, he wouldn’t have bothered making the trip at all.

For there was a form for this and a form for that, and sure that many loopholes in the system that what I was filling out -- and filled out twice -- it couldn’t be seen on the Croke Park database. And to think there were more umpires than neutral spectators at the Louth/Longford LGFA fixture...

Is it that people are making work for themselves or need to be distributing convoluted material to justify their roles? It certainly didn’t sound as though the LGFA bigwigs, through their procedural actions, wanted accredited media outlets covering their matches last weekend.

And then when arriving at the ground and taking a seat away from every living sinner in the place, to avoid any potential contact, an LGFA official, assumedly due to boredom, landed up and ordered me to put on the face mask… in an open area with nobody within 20 metres. I complied.

A few others within the Gerry Arthurs Stand were dawdling about with their smiles on show and soon after half-time a man, who seemed to have some attachment to the game’s administration, walked in with no covering. Others were at the same.

Hence, with a sandwich to be eaten, off with my mask to tuck in. And sure doesn’t your man with the steward’s bib land back up.

Now unless Covid is contagious to ghosts, there was nobody within an ass’s roar that I could infect.

Another steward proceeded to tell a Longford substitute to put on her mask as the game was going on. What is the difference in said reserve sitting maskless and then running maskless on the pitch, making contact with both teammates and strangers from Louth?

Anyhow, what made the entire thing laughable was that the two stewards in focus subsequently sat beside each other -- a social distance of about 20cm -- for the entirety of the second half.

I wonder was that in the LGFA’s manual of things to do?