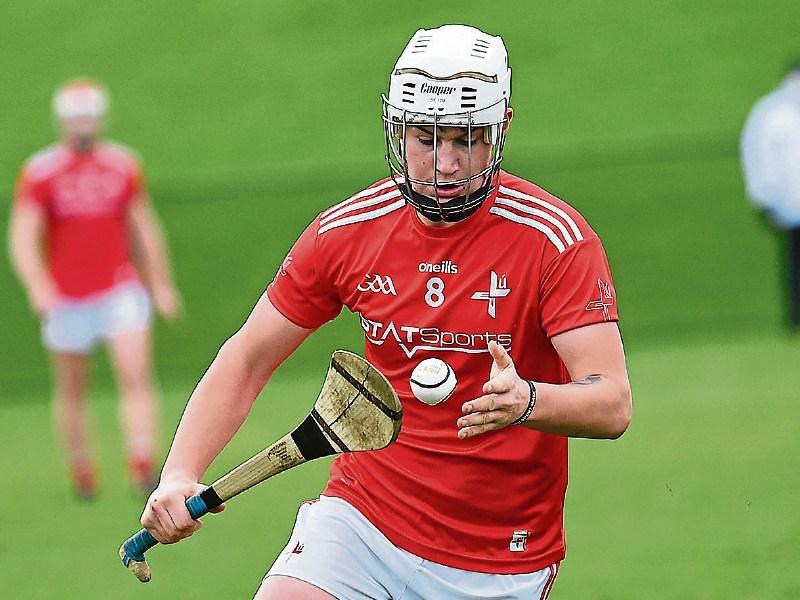 Following the footballer's early Championship exit the previous weekend, the Louth hurlers were determined not to suffer the same fate when they took on Cavan in their home patch at Breffni Park in the Lory Meagher Cup on Sunday afternoon.

Having lost their opening round encounter to Fermanagh only a victory would secure them a place in the final. Cavan for their part only needed a draw and with home advantage they probably went into match as favourites despite operating in a lower division in the NHL.

The Wee County laid the basis for this victory with a good opening half performance at the end of which they led by six points.

They did not have things all their own way in the second half and they were hanging on late in the game as Cavan reduced the arrears to just one.

Manager Paul McCormack was pleased with the outcome where he stated " I'm just delighted for the players, they have been tremendous with their efforts all year and just haven't seen games out but today they did, and that will bring new confidence into the group".

He will now await confirmation of a date and venue for the final against Fermanagh.

Sharp shooter Darren Geoghegan earned a starting role for this important encounter, having started on the bench in the first round defeat to Fermanagh. It didn't take him long to show his worth by opening the scoring with a point from a free inside sixty seconds.

The home side responded with a good brace of points from play from the sticks of Sean Keating and centre half Fiachra Hughes.

After Geoghegan had tied up matters from another free, it fell to corner forward David Kettle to restore his side's early lead with a good point from play.

Cavan full forward Brian Fitzgerald plays his club hurling with Dublin outfit Cuala and he was on target with a brace of frees to show his side in front by 0-4 to 0-3 on ten minutes.

However Cavan did not score over the next 13 minutes during which time Louth produced their best spell which yielded an impressive 1-5 without reply.

Firstly the hard working Liam Molloy fired over a good point from play, quickly added to by another brace of Geoghegan frees.

Midfielder Ryan Walsh shook off what looked like a serious ankle injury minutes earlier to fire over a point from off his left side on 18 minutes.

St Fechins player Paul Matthews played for the Louth football team in their disappointing Championship exit to Longford the previous week and manager Paul McCormack had no hesitation in starting him for this match.

He was instrumental in setting up the games only goal when he got inside his marker before playing the sliotar across the box where Andrew Mackin was in the right place to net from close range.

When the teams returned after the water break, a foul on David Kettle presented Darren Geoghegan with the opportunity to extend his side's lead and he duly obliged from 60 metres on 22 minutes to leave it 1-8 to 0-4.

Philip Brady brought this run of scores to a halt on 23 minutes as he took advantage of a rare error by Louth full back Ronan Byrne to fire over a welcome point for the home side.

Fitzgerald added a point from a long range free but after he was wide with an effort it was Paul Matthews who pointed from the right of the post on 30 minutes, 1-9 to 0-6.

Fitzgerald responded with his fourth point of the half but in injury time a terrific move that involved Andrew McCrave and Andrew Mackin ended with David Kettle firing over from 20 metres to leave the Wee County in front at the break by 1-10 to 0-7.

Kettle earned an early booking at the start of the second half and from the resultant free Fitzgerald reduced the arrears.

From the resultant puck out Darren Geoghegan set up Paul Matthews for his second point of the match.

His sides lead was soon reduced to four as Fitzgerald added another brace of points, again from frees 1-11 to 0-10.

Successive points from play inside sixty seconds from Geoghegan and substitute Gavin Kerrigan restored Louth's half time lead, the latter a good effort from the Knockbridge players left side on the left wing and things were looking good.

Cavan however were not going to lie down without a fight and they were to show why they were good value for their draw against the Erne men a week earlier.

The sides shared the next two points with the visitors effort scored from play by the lively Feidhelm Joyce on 51 minutes.

Little did we know that Louth would fail to score for the next 20 minutes. They would also have to play out that period with just 14 men after David Kettle was sent off for picking up a second yellow card.

Cavan immediately took advantage of this when Cillian Sheanon grabbed a good point from play.

Both sides wasted good opportunities to add to their tallies over the next 12 minutes including one Cavan effort that came back off the upright.

Louth's lead was down to three as Cavan accounted for points from a Fitzgerald 65 metre free and a good point from play from Sean Keating.

It was down to two, again from a Fitzgerald free as the fourth official put up the board displaying that their would be four minutes added on.

The Louth management on the sideline maybe feared that all their effort was going to count for nothing as Fitzgerald's 11th pointed free of this encounter left the minimum between the teams 1-14 to 0-16.

Louth would earn a welcome free when Darren Geoghegan was up ended by the home sides captain Matthew Hynes that earned him booking and an injury that saw him substituted.

Geoghegan calmly struck over the free from inside the 45 metre on the right wing and after another late effort went wide the referee sounded the final whistle and with it confirmed Louth's place in the Final.