A 'Louth' congratulations for US President elect Joe Biden 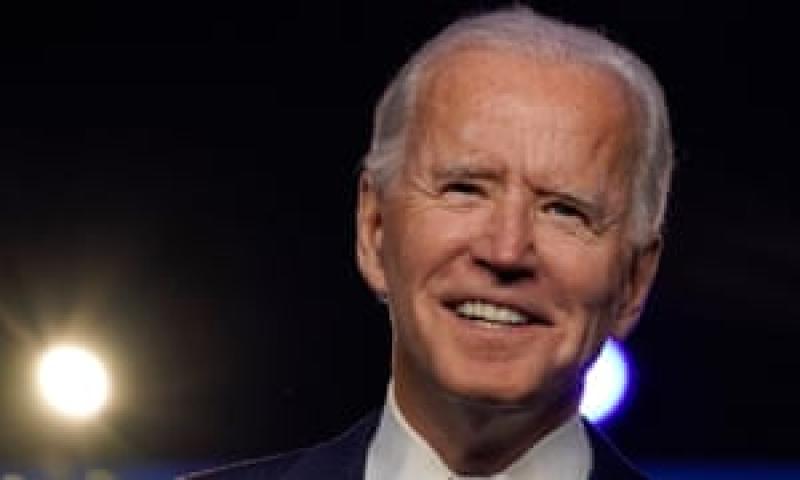 The Irish For Biden campaign today hosted a celebratory parade in Carlingford to celebrate the election of Joe Biden as 46th President of the United States.

The rugged hills of the Cooley Peninsula, Joe Biden’s ancestral home, echoed to the music of the Carlingford Pipe Band, who composed a specially written anthem entitled ‘’Our Local Joe’’. The six-minute rendition of pipe and rum captured the excited residents of the area who celebrated Joe Biden’s victory over Donald Trump in the US Presidential election this week.

Among the socially distant gathering was local councillor and Cathaoirleach of Dundalk Municipal District, Emma Coffey; ‘’we knew Joe would do it. His feisty determination coupled with his honesty and genuine commitment saw him win the day.’’

In early October, the ‘Irish For Biden’ campaign was launched in the area and to encourage Irish people to contact their friends and relatives in the US to get out and vote for Joe Biden

Commenting on this, the lead organiser of the Irish For Biden campaign, Paul Allen, said; ‘’We were overjoyed by the impact our campaign had. We were inundated with Irish people who got in touch and contacted their relatives, many of whom they had not talked to in years. We’re so proud to be have been a part of the Biden-Harris campaign.’’

Paul Allen went on to say; ‘’ There has probably been no other President in US history that takes a greater in pride in their heritage than Joe Biden. There is no doubt that Ireland now has at least two listening ears in the White House, and the potential for this is enormous, from improved relationships, US companies in Ireland, undocumented Irish, Brexit and co-operation on international policy due to our seat on the UN Security Council. As Joe himself said ‘’Northeast Pennsylvania will be written on my heart. But Ireland will be written on my soul’’ ’’

The Irish For Biden campaign was an independent initiative which set out to encourage Irish people to contact their friends and relatives in the US to get out and vote for Joe Biden.