Louth captain ready to step into the unknown 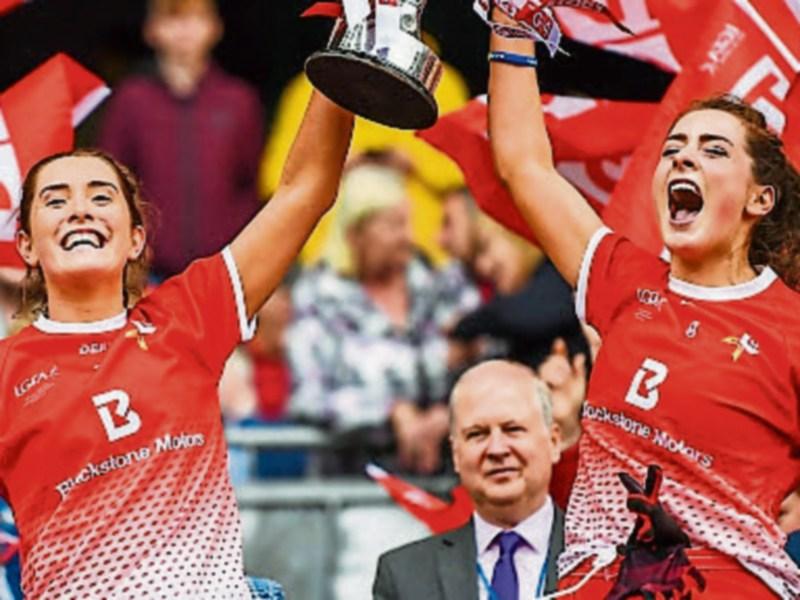 Louth captain Aoife Byrne is ready to step into the unknown. This is her 13th year with the Reds and she thought she had seen it all. One of the best days of her life in Croke Park a year ago; while there’s a few others that have left deep scars. But the weirdness of 2020 has been like nothing else, and she's just craving the chance to pull on the red jersey once again.

"At the beginning I’m not going to lie, it was hard to switch back into inter-county championship mode, because everything was so up in the air,” she admits. “The uncertainty of whether it was going to go ahead was always at the back of my mind. But after a week or two back on the pitch it was like we were never away. Training has been brilliant over the last number of weeks. Attendance and commitment from the girls have been top class as usual and there very rarely is a full panel not there.”

Byrne continues: “Playing and training during Covid personally doesn’t bother me, however I understand everyone has different circumstances at home. It’s great to have football back during these times with everything else cancelled. Meeting up with the girls three times a week and keeping fit as well as representing your county is a great positive boost during these negative times," she revealed.

“We are very lucky to have supportive businesses in our community. Only recently Hollywood Developments sponsored individualised water bottles and masks for our panel and we are very grateful for this.

“Our Covid officer Pat is on top of things, arriving half an hour before training to ensure everything is sanitised and ensuring everyone completes our safe return to play before all training sessions and games. We also recently have been granted travel expenses to ensure all players travel safely to upcoming games to avoid buses being used,” added the Mochtas star.

“It was great for us as a team to get a chance to watch the Longford v Westmeath game last weekend. They suffered a big defeat to Westmeath but I also feel like the score doesn’t reflect the overall game on the day. Just like winning is a habit so is losing so confidence may be low in the camp, although they are a very young team so I’m sure they will just brush it off and go again. We played them twice back in 2017 but the county set up has improved greatly since then.

“After winning the Junior Championship last year, there is a great atmosphere within the group. Stepping up to intermediate can be difficult but I have no doubt our team is ready for the battle.

“There are lots of new players in the panel and they have stepped up to the game. We have thirty five players in our panel and each one deserves to be on the starting fifteen and that’s the way it should be. The competitiveness within the group is fantastic and it pushes every player on.

“We are all looking forward to playing in Clones again. It's a big pitch in fairness but a nice pitch to play on,” added the Louth captain.

The one disappointment for Byrne is that family and friends won’t be there but she is hopeful Louth can create memories for the supporters they have who will be watching on from home.

“It’s difficult knowing that family and friends can’t attend but with the live streaming on Facebook it makes it a little easier. It’s obviously not the same but with all that’s going on we’ll just have to get on with it,” concluded Aoife.