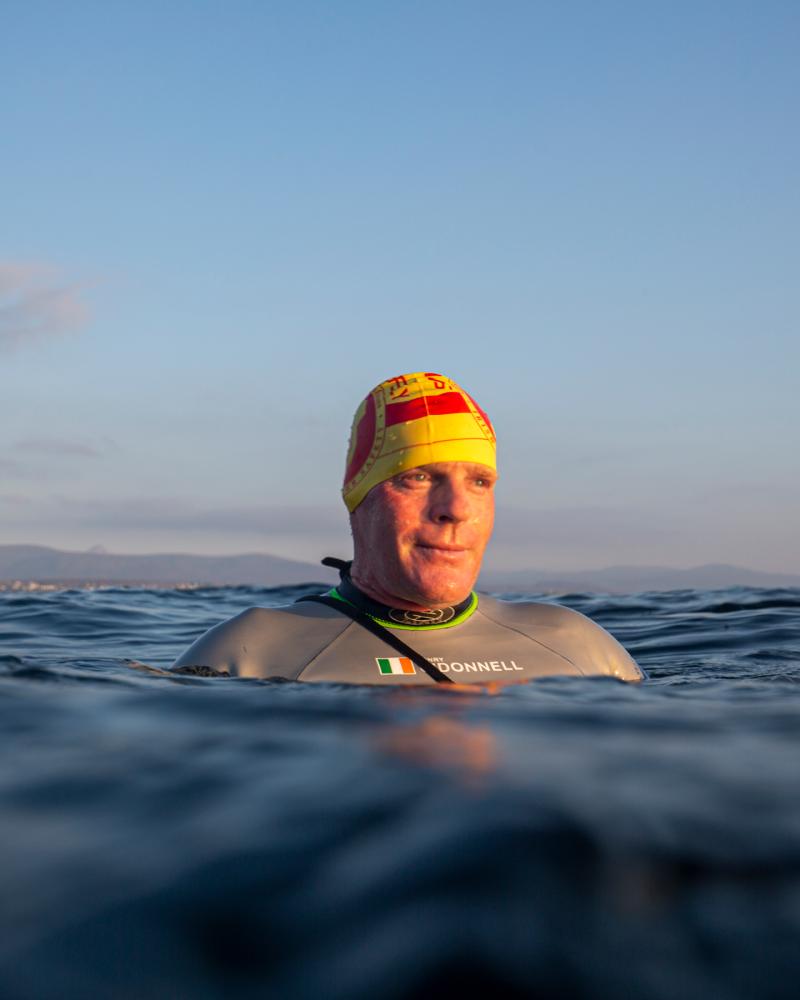 Extraordinary 'Finman' Henry O’Donnell arrived at Carlingford marina in the dark this evening at around 5.30pm having departed Carrickfinn in Co Donegal on the 17th of September as part of his remarkable challenge.

Henry's stop in Carlingford was his first landing in the Republic of Ireland since departing Donegal.

He has swam 396 Kilometres since then, in all kinds of challenging conditions.

Local Chair of the Louth Water Safety Ireland Committee, Majella Donnelly, was there to welcome him and congratulate him on his impressive performance and progress so far.

Henry O’Donnell is attempting to 'Finswim' around the Island of Ireland in an effort to become the first person in history to circumnavigate a country by finswimming and in doing so will help to raise funds for twoo national charities: Water Safety Ireland and the Irish Cancer Society.

Finswimming is fast becoming popular around the world, it is a sports activity involving swimming with the use of fins on the sea/ocean water’s surface using a snorkel and mask.