Where exactly in Dundalk is 'Roden'? 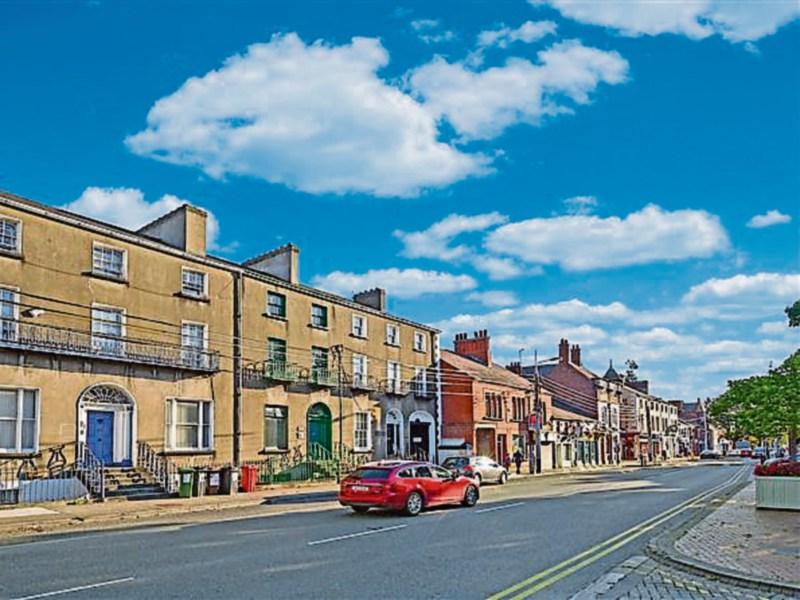 It is strange how Dundalk people seem to know little about the history of their own town! Over the years many local people have asked me 'Where exactly is the place called Roden'?

I must say that, for a very long time, I did not not know the answer to that question and, to tell the truth, did not really care! When, however, fairly recently the question came again in relation to the sale of the manorial lands of Dundalk, I looked up the origins of the name the 'Earl of Roden' and thought I had found the answer. As it turned out, however, I was mistaken!

The records show that it was a title granted to Robert Jocelyn of Hertfordshire in England whose father had been made Lord Chancellor of Ireland in 1739. The father, also a Robert Jocelyn, sat in the old Irish House of Lords as the First Viscount Jocelyn and the son became the 2nd Viscount Jocelyn on his death in 1756. The younger Robert Jocelyn had married Lady Anne Hamilton (as his second wife ) in 1752, the daughter of James Hamilton, the man we remember as 'Lord Limerick' who did much to shape the present design of the present town of Dundalk. It was through this union that around 2,500 acres in and around Dundalk came into the possession of the Earls of Roden.

The title Earl of Roden came into existence on December 1, 1771 as 'Earl Roden of High Roding in County Tipperary'. From this I assumed that the title was named after a place in County Tipperary, Ireland, but I was wrong! When I mentioned the story to a man from that part of the country, he said 'Sure, there's no such place as High Roding or even Roden in Tipperary!' As it turned out he was correct, Little Roding is, in fact, a small village in Essex in England which is part of what was known as the 'Eight Roding Villages', on land owned by the Jocelyn family.

It seems that when the 2nd Viscount Jocelyn wanted to take a seat in the Irish House of Lords in Dublin, he created what is known as a 'legal fiction' to place his title in Ireland, where his family did have ancestral lands.

The First Earl of Roden died in 1797, just before the outbreak of the 1798 Rebellion and his son, the 2nd Earl, played a rather infamous part in the suppression of that uprising when troops under this command, known as 'The Foxhunters', slaughtered upwards of 500 insurgents on the Curragh of Kildare, --- after they had surrendered and were defenceless! He also took part in the defeat of the French Invasion in Mayo and accepted General Humbert's surrender in September 1798.

The First Earl's grandson, also a Robert Jocelyn, played a large part in the history of the modern of Dundalk in that he was greatly involved in the bringing of the first railway systems to Dundalk in the 1840s.

So, you can understand that men that were named after a place that does not exist played a large part in the history of Dundalk over several centuries! I wonder do any of their ghosts still wander around the Square or Church Street at this hallowed time of year? If they do, what do they think of some of the things they helped create?

Looking at Google maps of the Town on the internet I notice that several streets in Dundalk seem to have changed their names since I was young! In many places, the old names seem to have been moved into adjoining streets, such as the St. Alphonsus Road name which appears in parts of the Belfry housing development. There many other transformations of streets names in other parts of Dundalk and even in places where there does appear to be any houses.

I wonder who is responsible for these name changes and do they have the sanction of the local government authorities?

Apart from that, some of the postal addresses seem strange, as houses have been given numbers that do not seem to conform to the actual number of houses in those streets! I have mentioned previously in these notes that I read that the planners of the town in the eighteenth and nineteenth centuries intended that there should be exactly 100 numbers in each of the town's main streets --- but that has long since changed and we now have 'a' and even 'b' numbers in some places, while other numbers have disappeared completely because of the opening of new roads.

For instance, Hanratty's footwear shop in Clanbrassil Street is listed as '10a', while the licenced premises on the opposite corner is 'No. 10'. The explanation for this shifting address is simple, Hanratty's building was constructed there in 1910 (as shown by the date in brick over the door) by the Dundalk Urban District Council to act as a display store for their household goods coming into use as a result of their new Municipal Electricity Power Station off Chapel Street. The shop was taken over by Hanratty Brothers in 1917 when the electricity showrooms moved to premises in Crowe Street. The little red brick building was built over the top of an old 'Abyssinian Well' site at the top of Market Street.

There are other premises numbers, however, that are harder to explain. Do you live or work in any of them?