JOE CARROLL: Niall O’Donnell was a gentleman and a great character 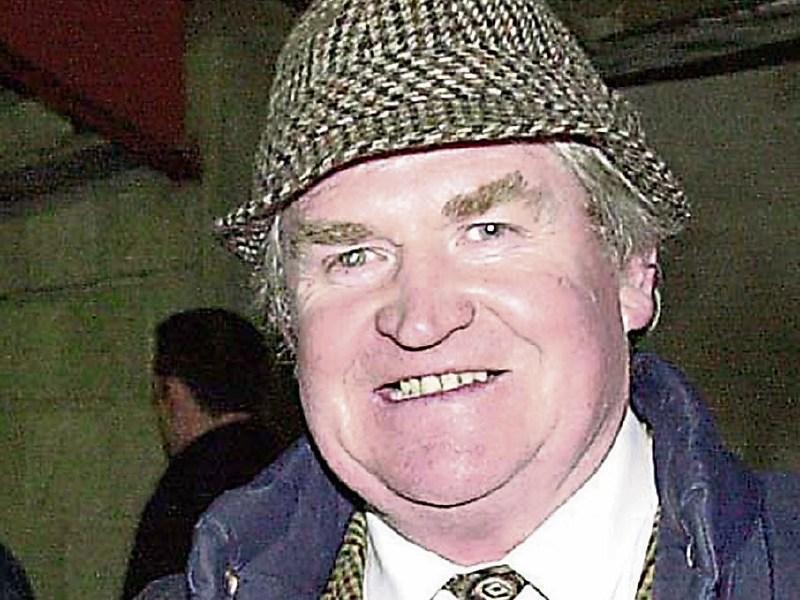 Take a look at the many hundreds of messages of condolences linked to Niall O’Donnell’s death notice on RIP and you’ll be struck — but shouldn’t be surprised — by the many times words such as “gentleman” and “character” are used.

That was Niall, the essence of a gentleman, and, yes, a great character. He died last week after a short illness, and just how popular he was can be gauged from the many people from not only these parts but all over the country who wished to express their sympathy in writing. Had Covid-19 restrictions not been in place, you can only imagine how many there’d have been in St Nicholas’ Church for his Requiem Mass on Thursday and again at his burial in St Patrick’s Cemetery.

He was born in Clonmel, but has been living in the Castletown area of Dundalk for over 50 years, long enough to qualify him as one of us. But he never lost his southern accent, nor, indeed, his love of his native County Tipperary. He talks of his early sports involvement in his home county and how he immersed himself in Dundalk life on the accompanying piece on this page, first published in 2013.

If you met Niall and he wasn’t smiling you know there was something seriously wrong. The same if the chat didn’t quickly turn to sport. I never found him to be anything other than genial, always in the very best of form. If most of our get-togethers took place at the dog track, on a coursing field, or at a football match it’s because the sports practised there were – and still are, in my case – common to both of us.

The most recent of our conversations was at the dogs in Dowdallshill a few months back, soon after the track had reopened after lockdown. He tested my knowledge, as often happened: “Name the first greyhound in Ireland to break 29 seconds for a 525,” he asked. I spat out the answer – Prince of Bermuda, trained by Ger McKenna. I didn’t say it, but I think he might have asked me the same question at the beginning of the year.

Then we got down to the serious business. “What about this latest litter of yours - anything decent in it,” I wanted to know. He didn’t say aye, yes or no, just winked. Nothing said, but at the same time, enough said.

Unfortunately, I wasn’t at the track on the night the first of the Droopy’s Jet-Two Gold Medals litter ran. He’s Ours skated up, and it was good to hear the O’Donnell money was down. Same a week or two later when the second of the litter won. Since then a third has made it over the line in front, fully justifying that silent show of confidence on the night of our quiz.

That would have been Niall’s last direct involvement with the longtails, and what a way to end a near lifetime in the sport.

Winning the few quid would have pleased him, but not as much as seeing runners from the litter he and his son, Niall junior, had bred showing early promise.

There was an occasion when Niall and I took on each other. It was on a train above all places, both of us making it home from an All-Ireland final. I was with the Gaels crowd, while Niall was wearing the Clan na Gael colours. What had begun as an ordinary sing-song developed into a contest, The Ramparts versus Castletown.

It goes to show how weak our challenge was when I was asked to front it. “Keep your powder dry”, our team captain said, “we’ll give ‘The Music Man’ a go after O’Donnell sings ‘Moriarity’.” Still fortified by the best Cleary’s had to offer earlier in the day, we both gave it wellie.

Having heard Niall and ‘Moriarity’ bringing the house down on several occasions I was pleasantly surprised when the adjudicator called the contest a draw. Handshakes all round at Clarke Station and a promise to renew rivalry the following year.

Those familiar with the O’Donnell party piece would know that ‘Moriarity’ was a ‘bobby’, a member of the Dublin Metropolitan Police. It wasn’t the DMP but its successor, An Garda Siochana, that Niall Og joined a number of years ago, and has since been joined in the Force by his son, Dean. A source of great pride, no doubt, for Niall senior, just as Niall Og’s lengthy career in the Clan na Gael and Louth goalkeeper jerseys was.

And he’d have been proud, too, to turn on LMFM sports programmes and most times hear Colm Corrigan, the man who married his daughter, Olivia, coming across with match commentaries and all the latest news.

The death of his wife, Kitty, two years ago was a devastating blow to Niall. They were devoted to each other, Kitty sharing in her husband’s sporting interests. But he soldiered on, supported by his family and friends and calling on his wonderful sense of humour and strong personality.

I’m privileged to have known him.