OPINION: Dundalk should not be going into last game needing result to ‘just about’ qualify for European football 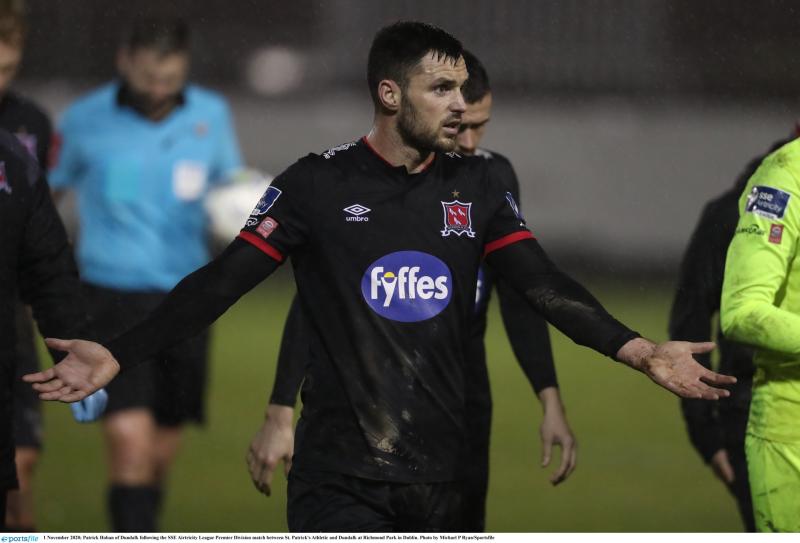 As a former player with Dundalk FC, I find it strange to see a manager who is not qualified to manage such a great club, to not have appropriate UEFA Licence and treat the winning of the league as not important.

This is a step back in my way of thinking. For Dundalk FC, as a top professional club, they should be able to deal with the pressure of the domestic game as well as being involved in European competition.

The success over the last few years, and many other years before that, has been thrown to one side for someone's ego. First and foremost should be Dundalk FC winning the league and all other domestic competitions - European games are a fantastic bonus for all concerned in the club including supporters.

That is the way it has been for many years and the fact that we can get to the group stage is great, but we are a million miles away from progressing much further. We are getting better, but to throw away your ability to dominate your domestic league is a shame and should not happen to a great club like Dundalk FC.

There are some great coaches and managers here in our own country who have spent a lot of time and money getting themselves trained as fully qualified professional UEFA coaches and have been overlooked for a non-qualified person.

It was sticking out last week against Molde that there needed to be changes made within the first five minutes of the second half; the tactics were wrong and we struggled. This was a game that was there for us, but the manager got it wrong. The Arsenal game is a given that they will win both games, but the other two are there for the taking and we should not finish this group pointless.

And we should also be in a better position league-wise and not going into the last game needing a result to just about qualify for European football next season.