JOE CARROLL: Attention now turns to county team fare in this most unusual of seasons 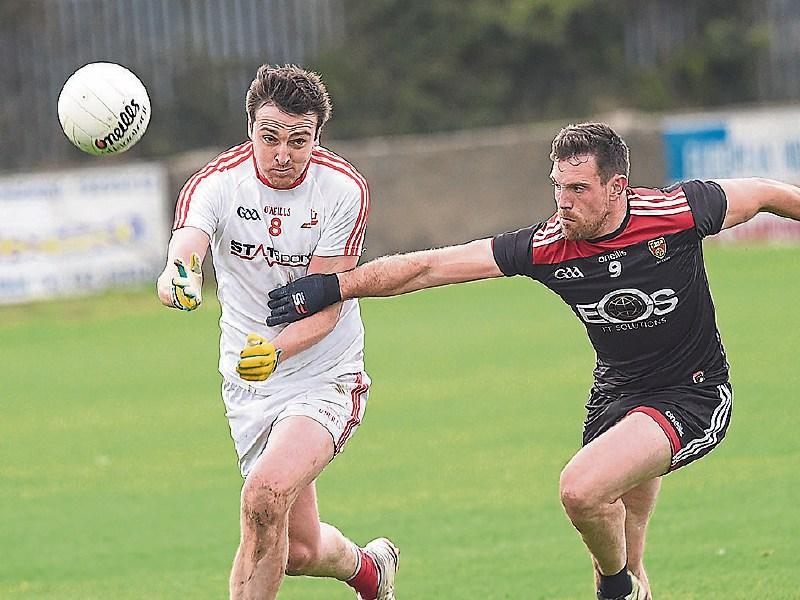 It doesn’t diminish Naomh Máirtín’s achievement in any way that the senior championship they won this year was played in strange circumstances. Same with the intermediate winners, St Bride’s, and the junior champions, Naomh Fionnbarra.

All competitions were completed in double quick time, games coming mostly in succeeding weeks and nearly all of them, finals included, played at Darver. None of the crowds looking on was more than a couple of hundred, but there was a lot for the excluded to see on local TV.

Different from the norm maybe, but when it comes to updating the roll of honour there’ll be no need for an asterisk alongside 2020, or, indeed, any of the above names. The three ‘saints’ are champions, all of them on merit.

It’s now on to county fare, and it will be much the same here, games coming thick and fast over the next couple of months. There’s no back door in football, but hurling, which took off last weekend with games in Munster and Leinster, will have a second chance saloon, counties that don’t make either of the two provincial finals playing in qualifiers for a place in the quarter-finals.

First football matches are listed for Saturday and Sunday next, and if all goes according to plan – in other words, Covid-19 doesn’t do more damage than at present – the teams to contest the All-Ireland final line out on the Sunday before Christmas. By then, the hurling champions will be a week in place. Whether or not there’ll be anyone at Croke Park to see the captains showing off the MacCarthy and Maguire Cups will depend on the success or failure of restrictions presently in place.

The winners of the underage championships won’t be crowned until next year. Louth minors, good winners over Wexford in Leinster just over a week ago, were looking forward to keeping the run going against Kildare tomorrow evening, but then the plug was pulled. Disappointment for Aaron Hoey and his squad, but still something to look forward to. The focus in this county should be on underage more than ever before.

Senior football has Dublin buzzin’ for the half-dozen and Tipperary going for a second successive hurling title – Tipp on a double trip, if you like. The Dubs won’t have Jim Gavin, the man who guided them to each of their record-breaking nap hand, in charge, nor will they have the backing of a fanatic-filled Hill 16 to cheer them on.

Also missing will be a number of last year’s panel, the enigmatic but hugely talented Diarmuid Connolly among them. But Stephen Cluxton will be there, taking in a remarkable 20th campaign. This is a good test for Gavin’s successor, Dessie Farrell.

It’s hard to work up enthusiasm for Louth’s challenge. It begins this weekend with a meeting with Longford, the winners to play Laois the following week. At the best of times this draw wouldn’t be a cause for trepidation, but these are anything but the best of times, and for once we’re not talking about the cloud that is presently enveloping this country and others all over the world.

Had it not been for Sunday’s surprise but hugely deserved win over Down, Wayne Kierans’ men playing with a lot of spirit and no little style, Louth would have ended a second league campaign in three years without a win. However, it has to be said that in 2018, when Peter McGrath was in charge, it was Division Two points that were at stake. This season the Reds were out in a lower division and found staying there beyond them.

Championship form has been no better. Only wins in the last three years have been against Division Four teams, London and Wexford, while another team currently on the bottom rung of the league ladder, Antrim, ended hopes last year.

The county’s standing is lower than it’s been for some time, and there’s no reason to believe it’s going to get better any time soon. There’ll be the occasional boost, such as the recent league promotions from the lower divisions two years running, and, yes, last year’s narrow miss in the attempt to get to Division Two, overseen by Kierans, whose tenure in charge is coming in for closer scrutiny than is fair.

And, in the light of Sunday’s win, there’s more than an outside chance of a victory over Longford at Mullingar on Saturday.

But as for even getting among the chief challengers to Dublin’s supremacy in Leinster or escaping the league’s lower reaches, no point in holding our breath.

Managers have come and gone, and it will continue like that. But until a proper structure is put in place, its focus on underage and schools’ football, coaching in particular, there won’t be any change in fortunes, not even if a clone of Jim Galvin – or even Jim himself – were to be brought in.

This is not the first time this is being written here; but Inside Track, being a firm believer in the words of a close friend many years ago – a constant drop wearing a stone – will continue to peddle it.

The County Board created a post a number of months back with a view to, presumably, hoping to arrest a deteriorating situation. Colin Kelly got the nod; and to say that the former ace county forward, who, having advanced to take over as manager, masterminding the two league promotions mentioned earlier, has a huge task on his hands is stating the obvious.