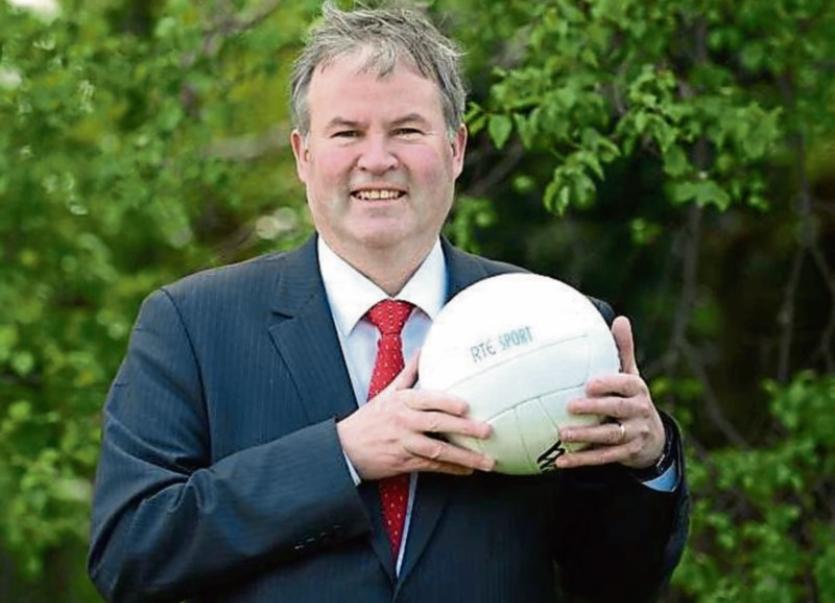 It’s only the privileged few who are nowadays allowed into sports venues, the practitioners, their mentors and officials. The cameras are also there most of the time, but if watching sport on telly with no-one in the stands or terraces is not your thing, well, there’s always radio. The airwaves were alive on Saturday after last, bringing us reports from all over the place.

The excellent RTE combination of Michael Corcoran and former International, Donal Lenihan, brought us the story, as the Ireland rugby team restarted their bid for Six-Nations glory. New kid on the block, Hugo Keenan, helped himself to two tries and Jonathon Sexton kicked the oval over from the most acute of angles.

And all the time word was coming in from GAA football venues all over the country, among them McGeough Park in Haggardstown, where Antrim played Waterford. Kerry captured the Division One title with a home win against a weakened Donegal side, and Armagh clinched a move to Division One, overcoming a plucky Clare challenge.

Later in the evening, Brian Carthy was behind the mic for Dublin hurlers’ Croke Park league meeting with Laois. (Yes, it’s like that in these days of restrictions, anything to keep the mind occupied, even games you wouldn’t normally look for the result of. But Carthy has a lovely flow, and his co-pilot on this occasion, former hurler Brian Carroll, knew what he was talking about and put it across well. We’ll hear more of the Offaly man, and, indeed, the Dubs forward, Donal Burke, who bagged a bundle, 1-16.)

Further confirmation of Cork City’s demise came with news from Sligo’s Showgrounds. Dundalk’s chief rivals in the Kenny Era – and that’s only a few years ago – they were beaten by the home team and are now firmly anchored at the bottom of the table, almost certain to play in the lower grade next season.

Meanwhile, Dundalk continue to mix it with continental rivals. Last Thursday night’s Europa League display against the Norwegian side, Molde, at Tallaght Stadium was loaded with confidence in the opening half, Sean Murray’s header giving Giovagnoli’s side a deserved interval lead.

This one was watched on TV, and as the pictures clearly showed, Molde were the superior side after the break, putting the Dundalk defence under ferocious pressure, which yielded the visitors a winning brace.

Overall, it was a brave showing by Dundalk, one that will have to be repeated this Thursday night for the visit to London’s Emirates and a joust with the mighty Arsenal.

Heady times indeed, which even if they end in December with failure to advance to the knock-out stages, are certainly doing the town’s reputation no harm.