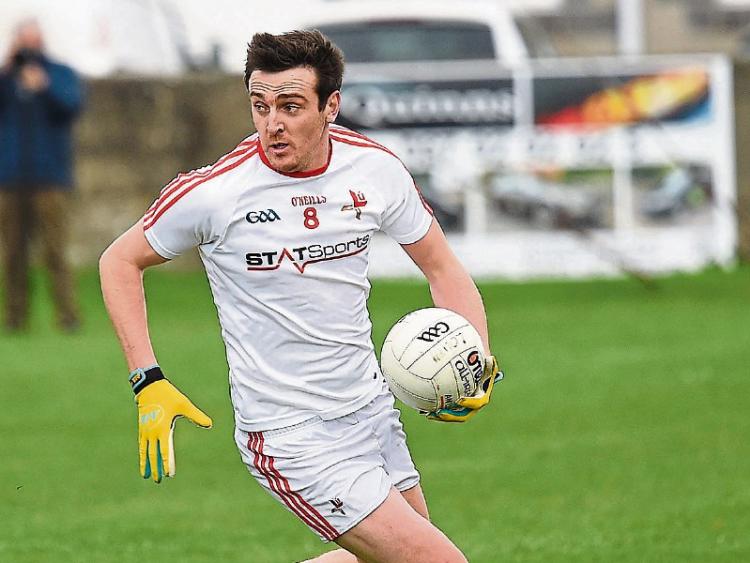 The central sector is undoubtedly of huge importance to the outcome of the Mullingar encounter considering the strength of the opposition in the area. Granard’s Darren Gallagher was outstanding in the teams’ January National League clash and the towering No8 has forged a consistent duet with Kevin Diffley since the campaign began.

Therefore, how Durnin and Duffy fare in attempting to overshadow the Midlanders could hold a decisive bearing on a match-up which otherwise looks very evenly balanced. Indeed, the slightest of sways either way could potentially tilt the scale in a particular direction and where Longford hold the upper hand is in defence.

Their backline -- especially Patrick Fox, Andrew Farrell, Barry O’Farrell, Colm P Smyth and Gary Rogers -- is ultra-experienced and with Dermot Campbell, a bedrock at full-back, assumed to be absent through the groin injury he sustained against Down, Louth lack a settled defensive core.

However, with Eoghan Callaghan having shone at No6 for the first time in a red jersey and Ciarán Keenan a naturally-made centre-forward, there is a nice axis around midfield which may atone for any susceptibility elsewhere on the pitch.

In Campbell’s absence, it’s possible that Emmet Carolan could come in to play at full-back, a role in which he’s more than comfortable, with Newtown Blues clubmate, Kevin Carr, and Kierans’ trusted, teak-tough tackler Daniel Corcoran on either side.

Anthony Williams and John Clutterbuck are certainties at Nos 5 and 7, behind Liam Jackson and Conall McKeever. Patrick Reilly, wearing No13, will likely drop back as a sweeper, leaving Sam Mulroy and another as the key attackers.

Naomh Máirtín’s Conor Whelan may make his championship debut in the available role.

Ryan Burns, a scorer of five points in the league loss in Longford, is his keenest rival for a place among the starting XV.

The men in blue will be reliant on Daniel Mimnagh, Dessie Reynolds, Rian Brady and Liam Connerton in attack, with midfielder Gallagher adept from dead ball situations. Yet they aren’t as fearsome without Mickey Quinn. His loss is comparable to the Louth team without Andy McDonnell and clearly weakens the hand manager Pádraic Davis can play.

Neither outfit will lack for knowhow between the posts, in Craig Lynch and Paddy Collum respectively, and the result may hinge on the goalkeeper who plays better; and not just in terms of ball-stops but in relation to their distribution. After all, with the centre-field battle set to dictate the outcome, accuracy off the tee will be a vital building block.