Arsenal - a club that needs no introduction 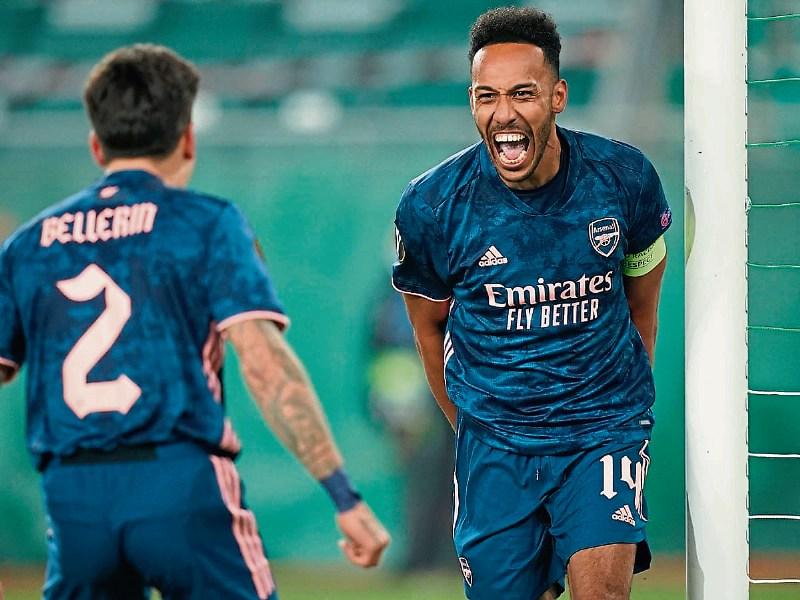 A club that needs little introduction, English Premier League giants Arsenal are the highest ranked team in this season’s Europa League and welcome Dundalk FC to the Emirates Stadium on Thursday night (8pm). It’s a match which represents the very first time Arsenal will pit themselves against a team from this side of the Irish border in a competitive game.

The Gunners have been crowned English champions a total of 13 times, but the last of those came in their famous ‘invincible’ season of 2003/04. Having finished eighth in the Premier League last term, they enter this season’s Europa League by virtue of winning their 14th FA Cup in August, having defeated London rivals Chelsea 2-1 in the Wembley showpiece.

On the European front, the Londoners are also no strangers to success and in the same season Dundalk faced Liverpool in the Inter-Cities Fairs Cup (1969/70), Arsenal went on to win the competition after beating Belgian side Anderlecht 4-3 on aggregate in the final. They reached the final of the Cup Winners' Cup some ten years later, but lost on penalties to Valencia.

Arsenal did manage to win that competition in 1994, however, when they recorded a 1-0 win over Parma of Italy in the final, but they weren’t as lucky a year later when losing in extra-time to Spanish side Real Zaragoza, who denied the London club back-to-back successes.

The Gunners reached the final of the UEFA Cup in 2000, but lost to Galatasaray in a penalty shoot-out. Directly following that disappointment, the legendary Arsene Wenger took them beyond the Champions League group stages for 16 consecutive seasons – Real Madrid and Barcelona are the only clubs that have managed to better that amazing sequence.

Speaking of Barca, they were the side that foiled Arsenal’s closest attempt to win the Champions League when they beat their ten men 2-1 in heart-breaking fashion in 2006. Arsenal were beaten finalists to Chelsea in the Europa League final in 2019 and were knocked out in the Round of 32 last season by Greek side Olympiakos after extra-time.

Much like Dundalk on Sunday, Arsenal also lost a league game 1-0 to a team wearing all blue as fellow Europa League contestants Leicester City picked up all three points at the Emirates Stadium – a result which leaves Arsenal sitting tenth in the Premier League after six matches. In the Europa League, Arsenal are joint top with Molde at the top of Group B after one matchday after coming from behind to beat Rapid Vienna 2-1 in Austria last Thursday night.

The scorers in that game were David Luiz and Pierre-Emerick Aubameyang. Brazilian international Luiz suffered an injury setback in the defeat to Leicester, so won’t feature against Dundalk. Aubameyang, who scored 22 goals in the Premier League last season, is undoubtedly Arsenal’s key player. Thomas Partey, who recently cost the club €50 million from Atletico Madrid, put in an imperious midfield performance against Rapid last week.

Perhaps a measure of Arsenal’s riches is the fact that German World Cup winner Mesut Ozil hasn’t even been included in their Europa League squad for this season.