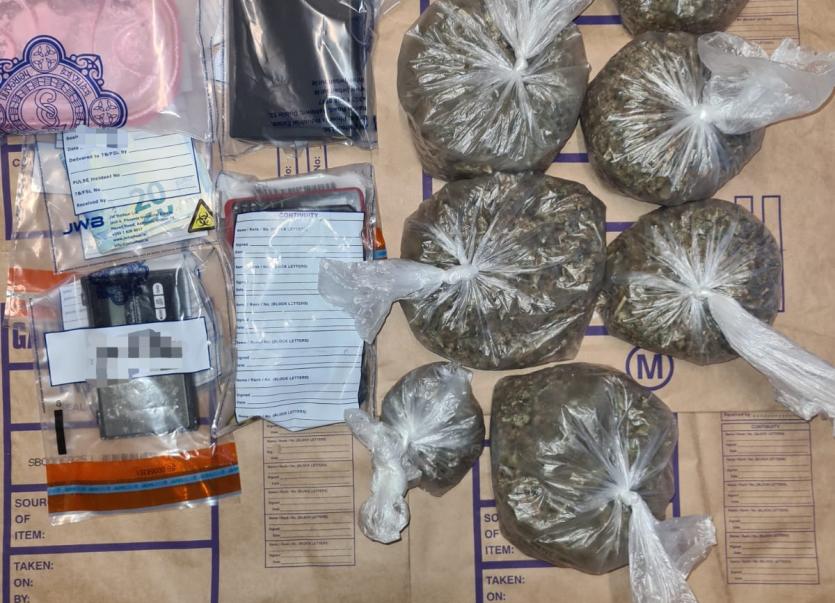 Louth Gardaí have arrested three men and seized more than €31,000 in cash, methamphetamine and cannabis herb following searches in Ardee and Dundalk on Tuesday and Wednesday October.

On Tuesday members of the Divisional Drugs Unit based at Drogheda, Ardee Detective Unit and the Dundalk drugs unit carried out searches at three separate properties, two in the Ardee area, and one in Dundalk.

During the course of these searches, which began at 9pm, more than €10,000 in cash and suspected cannabis herb worth approximately €4,000 was discovered and seized by Gardaí.

A file is being prepared for the Director of Public Prosecutions in respect of the other man who is in his mid 30s.

A follow up search took place on Wednesday, when Gardaí searched another address in Drogheda.

During the course of this search €14,500 worth of suspected cannabis herb, €1,700 worth of methamphetamine and cannabis plants were seized.

A man in his early 30s was arrested following this search. He will appear before a special sitting of the District Court in Drogheda at 10.30am.

These searches form part of Operation Stratus, which is focused on combating organised crime activity in Drogheda.