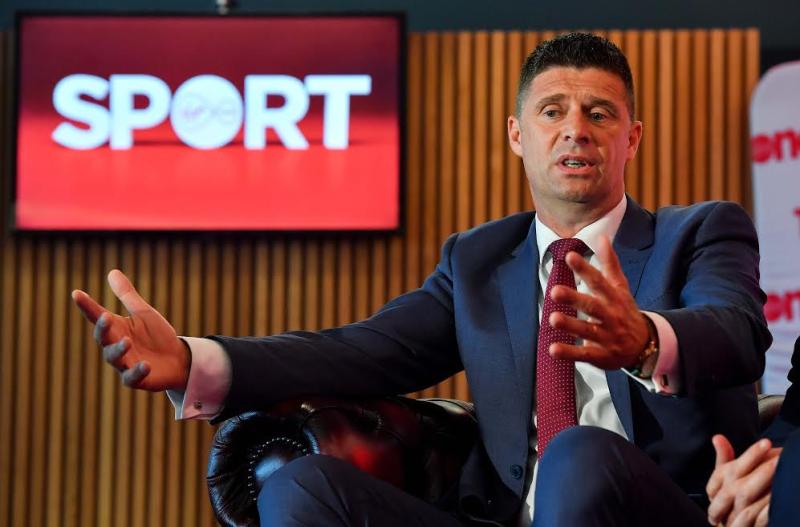 Former Arsenal striker Niall Quinn has urged the Dundalk players to 'seize their moment' when they take on Arsenal in the Europa League on Thursday night.

Quinn believes Filippo Giovagnoli's players will be showcasing League of Ireland football as they take centre stage at Emirates Stadium, in a match that will be screened live on Virgin Media Sport Two.

Quinn made his name at Arsenal after he was scouted by the north London club playing for Manortown United and he is backing Dundalk's Class of 2020 to make a positive impression on Mikel Arteta's Gunners.

"This is a chance for our players and our league to go toe-to-toe with one of the big names in football and it's huge on so many levels for Irish football," stated Quinn, who played 93 times for Arsenal between 1983 and 1990.

"The Dundalk lads could be forgiven for feeling a bit giddy about a game against Arsenal at Emirates Stadium, but they have to focus and make sure they do what they do best.

"I hope they defend well because they are going to need to. They got a little bit ragged at times against Molde game last week as their banks for four, five and one got run around a little bit and against Arsenal, they will be punished if that happens again.

"First of all, they need to be hard to beat. The key to them having an enjoyable night is making themselves hard to break down and they will need every bit of the armoury working to get anything from the game.

"It will be tough, they need to put their plan into place and I hope the Dundalk players go into the game with a positive attitude.

"They can't shy away and worry about it. They need to go out there and show their stuff. This could be a night for someone to be a hero and you can change a career if you have a great night on a big stage like this."

Quinn admits the empty stands at Emirates Stadium will take something away from what could have a been a special occasion for the Dundalk players and the huge Irish community in London, but he believes it will still be a night to remember.

"The fact that the game will be played in an empty stadium is a real shame because it could have been a great occasion, but that is the time we are living in and the Dundalk players just have to make the most of the opportunity," he added.

"Shamrock Rovers played Tottenham in the Europa League a few years back and that was a wonderful night for their players. Now the Dundalk players have their chance to shine and I just hope their grasp the opportunity.

"Having this route through to play against a side of this quality at such a magnificent stadium in a big European competition is a wonderful inspiration to all League of Ireland clubs."