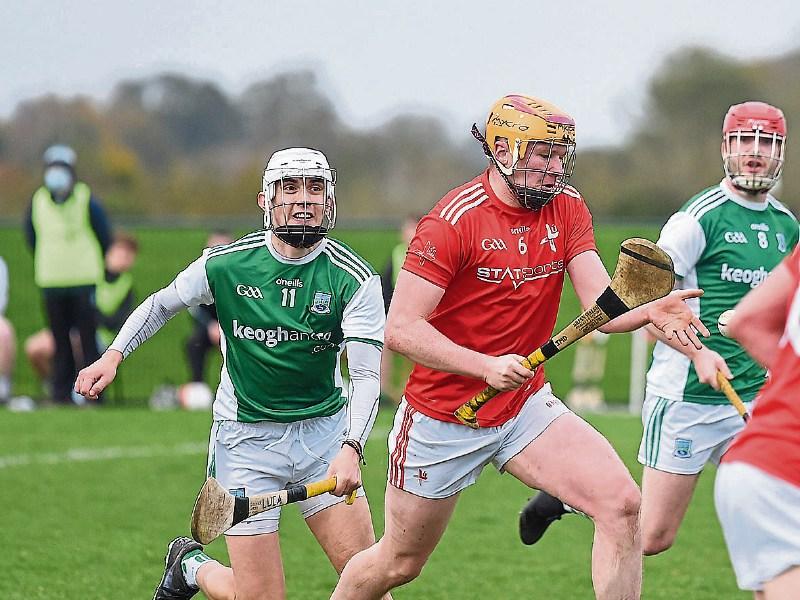 35 weeks on from their last competitive match, a National League defeat away to neighbours Monaghan, the Louth hurlers returned to action when they welcomed Fermanagh to Darver on Saturday afternoon for their opening round clash in the Lory Meagher Cup.

Despite trailing by a point at the break the home side had the better of things for most of the second half and looked on course for the win when leading by three points as the game entered injury time.

However the concession of a goal and a point in added time dashed any hopes they had of recording that sought after victory on their return to Championship action.

The visitors opened the scoring when full forward Sean Corrigan fired over a 20 metre free after two minutes of play.

Louth responded from the puck out when quick thinking David Kettle used the boot to kick over the equaliser from close range.

Corrigan restored his sides early lead with a point from play before Paddy Lynch was on target for the home side from the left of the post.

The Erne men again went in front with a good point from play from centre half Luca McCusker.

Louth debutant Seanie Crosbie was making history being the first player from the St Kevin's club to play for the County senior hurlers and he tied up matters again with a point from the right wing on 11 minutes.

Over the next five minutes Louth found themselves four points in arrears. Firstly Tom Keenan cut inside his marker Jack Murray, soloing inside and firing past keeper Donal Connolly. Corrigan also added a point from play.

The sides shared the next two points from frees but it was Paul McCormack's side who pressed forward in the time remaining up to the break. Three successive points from Seaghan Conneely, David Kettle and Andrew Mackin cut the arrears to one point and they were unlucky not to add to their tally accounting for three wides but they reached half time trailing by 1-5 to 0-7.

A quick fire start to the second half yielded 1-2 for the home side inside the opening three minutes. Paddy Lynch volleyed over to tie up matters with substitute Niall Keenan, who had replaced the injured Darren O Hanrahan before the break, also firing over a good point from distance.

A speculative long range effort from Jamie McDonnell was misjudged by the keeper ending up in the net to leave Louth now in front by 1-9 to 1-5.

After a couple of wasted efforts this lead became five points on 42 minutes when Seaghan Conneely pointed from the right of the post.

Fermanagh halted this run of scores with a brace of pointed frees scored by Corrigan and captain John Duffy from distance.

This game took another twist when Corrigan netted the visitors second goal on 51 minutes, 1-10 to 2-7.

The Wee County had by now introduced Darren Geoghegan to replace the out of form Paddy Lynch and the Moninne man grabbed three points, two from play, adding to one from Niall Keenan to restore a four points lead for their side on 59 minutes.

Another substitute Padraig Fallon should have wrapped up a victory when his well struck effort went the wrong side of the right hand post, a chance they were to rue at the final whistle. Corrigan and Duffy again reduced the lead to two with points from play but once again Darren Geoghegan appeared to have sealed a home win with his fourth point as the game entered injury time.

The same player was wide with a free and from the resultant puck out John Duffy grabbed Fermanagh's third goal to tie up matters.

Not content with just a draw the Ulster men grabbed the win when Sean Corrigan fired over the winning point. Geoghegan had a late late chance to force a draw but his free fell short with the referee going on to sound the final whistle.

Reduced to a three team competition following the withdrawal of Lancashire due to Covid restrictions, Louth will need to beat Cavan in a fortnight to have a chance of reaching the final.