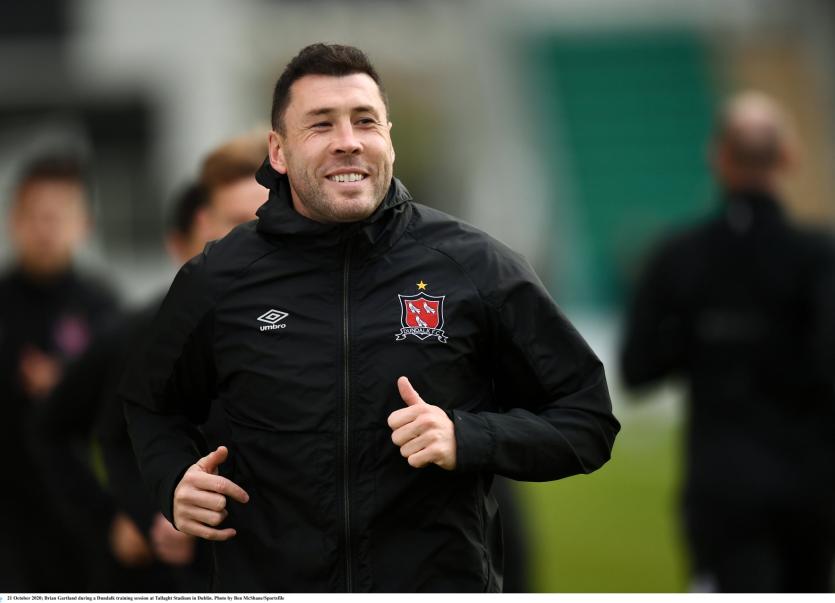 It might have been just over 12 hours after their disappointing defeat to Molde FK in the opening match of the Europa League group stages, but that didn't stop Dundalk FC captain Brian Gartland from calling a Lilywhite fan in Dublin this morning.

Tom Gilsenan, a huge Dundalk fan for many years, but now based in Dublin, said he was blown away by the phone call as part of 'players reaching out during lockdown'.

Tom said to the Democrat: "Although it was only 10am, after their hectic Euro game, Brian was completely generous with his time, and presented his club excellently."

Tom continued: "(We spoke for the) guts of fifteen minutes. I congratulated him/team on a terrific effort about the night before and that John Mountney had in my humble view, one of his best ever games for Dundalk.

"I mentioned that Pat Hoban's work rate reminds me of  Terry Eviston....attacking one minute, back helping to defend a corner the next.

"Brian was tickled to hear that I am one of those guys who cannot watch a game on telly right through - ie if we go one up, I disappear and put my head around the door later to see if it's still one nil!"

"He was genuinely interested to hear that my son Rory played a season with the B team and scored against Drogheda one night at the town end. Indeed I remember that as if it was yesterday.

"I finished my call wishing the lads all the best for the 'handy one' - away to Arsenal! Overall what a gesture after such a draining night in Tallaght."

For Tom, it was just what he needed.