Dundalk boss Filippo on Molde FK: ‘We will need to perform at high level’ 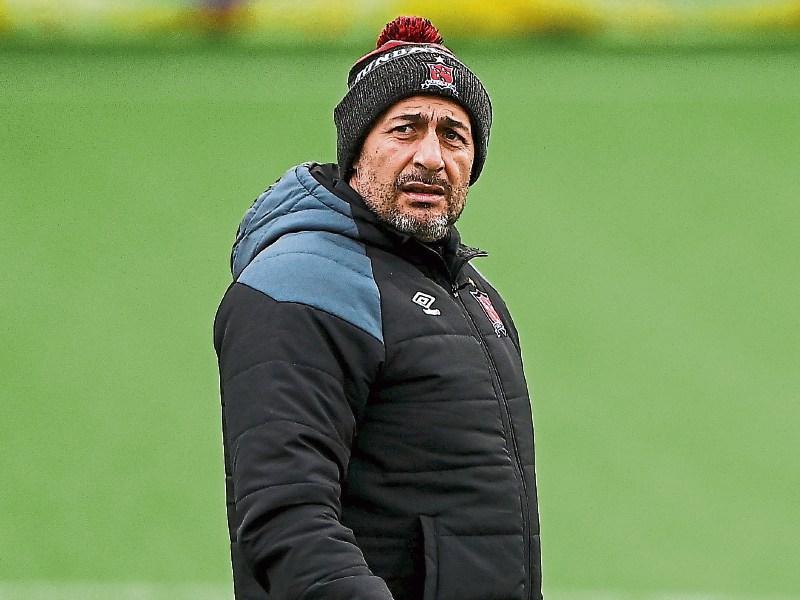 Dundalk boss Filippo Giovagnoli insists that Daniel Kelly will be “one-hundred percent” okay for Thursday’s Europa League game with Molde, but at the time of writing, Nathan Oduwa is classified as doubtful.

In the game against Bohemains on Friday, Daniel Kelly limped off after picking up a knee injury and his replacement, Nathan Oduwa, lasted less than 25 minutes after he too picked up a knock.

Circumstances such as those seem to back up the manager’s insistence to rotate his squad in domestic competitions, especially with a daunting Europa League campaign on the horizon.

Still, Giovagnoli was pleased at how his side dealt with those injury problems against Bohemians.

“We were really solid defensively and really organised. We were aggressive for the majority of the game. A couple of injuries created a tactical problem for me because I had two injuries to two right-wingers – the same player almost. This was not the plan, but you have to face the challenges that you have and that’s why involving all the players is really important because you try to avoid these kind of situations.”

Following yet another league fixture with Derry City on Monday, attention now turns back to the Europa League as Dundalk welcomes Molde to Tallaght Stadium on Thursday.

Asked by The Democrat if he thinks the Norwegian champions represent the best opportunity to pick up points in the group, Giovagnoli responded: “It depends on how you perform. If you think back to what we did in Sheriff, there, we did something unbelievable. We had an unbelievable performance as a team together and we need this kind of performance to try and get points in the group stage because we play against really strong teams.

“My staff have already looked at videos and stuff and they are really good, so we will need to perform at a high level.”

All of Dundalk’s games in this season’s Europa League are being broadcast live and free-to-air on Virgin Media Two, with coverage of Thursday night’s match beginning at 5.30pm.