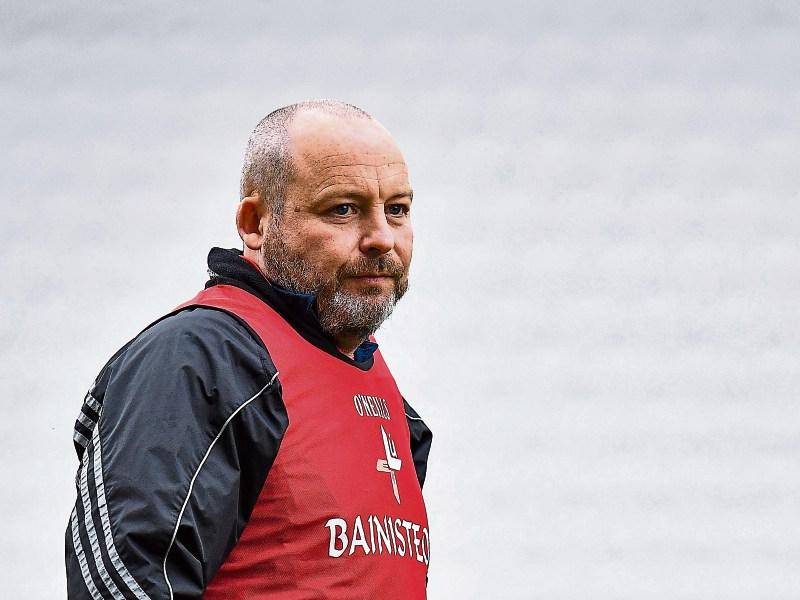 The Democrat spoke with a bitterly disappointed Louth boss Wayne Kierans after Saturday’s loss to Cork.

Dundalk Democrat (DD): Wayne, without stating the obvious, it was probably worse than we ever could have imagined.

Wayne Kierans (WK): Yes, it was a tough day; there’s no doubt about it. 5-19 is a poor tally to be conceding. From their point of view, the goals were really good; from ours, they were really poor. We just couldn’t handle the pace and power. And when they got those goals early on, we never recovered and we were lucky to maybe not ship a couple more. It was a really tough day.

DD: How were you feeling coming into the game? The pressure was off in the sense that relegation was all but a foregone conclusion.

WK: We were feeling okay coming down, notwithstanding all the madness that’s happening in the country and in the world. But that’s a different story and we can’t use that as an excuse. We’d a good run-out last week against (Sligo), we won and were feeling okay... I would’ve expected us to do a little bit better.

DD: Where do you go from here?

WK: We have to go on; hopefully the games will go ahead, we certainly don’t want them to stop. We’ve another game next week (Down) against an equally quality, pacey and powerful team who we beat last year, which we’ll have to take confidence out of considering we’ve a lot of the same personnel. We have to stop conceding goals and a tiny positive is that we were above average on our score-for today and we missed an awful lot of goal chances.

We have to keep going and fighting. There were a few new lads to the National League today (Conor Whelan and Ciarán Keenan), so maybe that’ll stand to them, the little cameos they played, and we look forward to the Longford game (championship).

DD: For yourself, Wayne, these defeats must be having a big impact on you.

WK: It’s tough for everybody, as a collective. We don’t want to be at the end of these defeats, but you can’t throw in the towel; you’ve got to keep going. We’ve at least two games left and hopefully more in the championship, so we’ve got to keep fighting and improving. It’s a tough gig, there’s no doubt about it.

DD: If you’d have been asked two weeks ago what you hoped to get out of the final three games, what was it?

WK: We want a championship win, first and foremost, but the only way we’re going to get a championship win is by putting in performances in the league games -- one of those is gone and we didn’t put in a performance. We’ve next week as a stepping stone to give ourselves a platform for that championship game and we really need to do that.

They’re winnable games, but not if we perform like that or like we’ve done throughout the campaign so far. We’ve been relegated officially today; basically, we’re playing Division Four football.

DD: Wayne, your term was to last until the end of this year, with a review possibly extending that. In the last six months, did you ever feel like moving aside, particularly if there’s a new manager coming in, to give him three or however many games to assess? Are you still looking at being in charge next year?

WK: I certainly didn’t think of stepping aside for the last couple of games, but I haven’t really thought about next year, to be honest. As crazy as the season’s been and as big a gap as there was between the last game and today, we still have to finish the season and this season has still its own entity.

DD: It’s happened in other counties, in Carlow and Wexford particularly. Taking the long-term approach, given the inevitability of the situation league-wise, it may have been beneficial for next year’s manager to have these games to help build towards next year. If the manager is yourself next year then it makes perfect sense but there just seems to be a lack of joined-up-thinking if you’re not to be the manager next year.

DD: The discipline issue: Against Leitrim we finished with 13 and while it’s a long while later, today the team ended with 12. It doesn’t reflect overly well along with the scoreline.

DD: There’s a lot of uncertainty regarding whether we’ll even have football next week. The situation, as it unfolded, must be very difficult? It’s a very uncertain time.

WK: It is and it’s been compounded by the fact that we’ve come all the way down here and got a real hiding. I was in the camp of wanting to play the games with the protocols in place and I still hope that will be the case. I hope they can all go ahead but everything could change overnight.