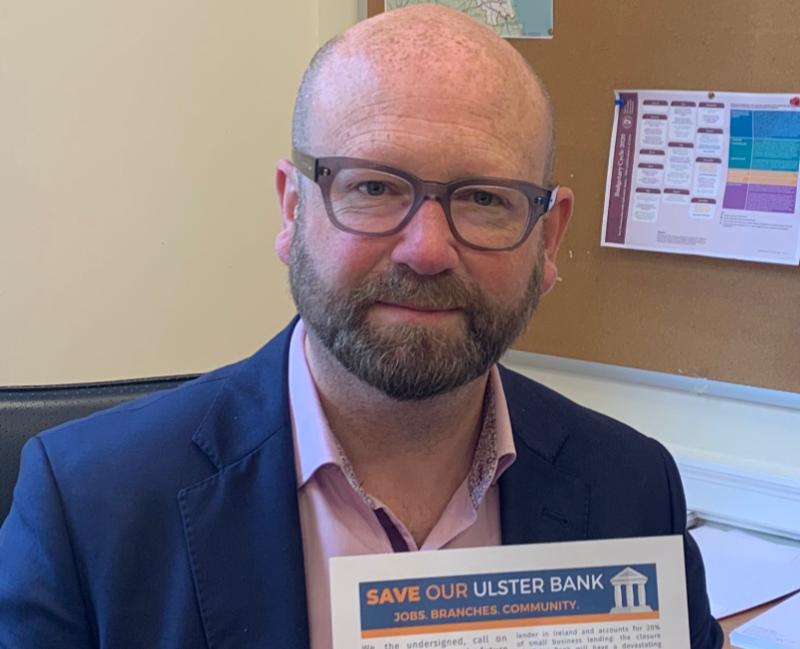 Louth TD Ged Nash has described reports that Ulster Bank's parent company could potentially close its branches, including the one in Dundalk, as a "hammer blow" to local customers and the community.

Labour Finance Spokesperson Ged Nash TD said: “It has recently emerged that Ulster Bank’s parent company - NatWest - are considering pulling their operations out of Ireland. This could result in the closure of bank branches right across the country, including in Drogheda and Dundalk.

“Such a decision would be a smack in the face of Ulster Bank staff at a time of already great uncertainty.  It will also come as a hammer blow to customers and community businesses in Dundalk and Drogheda who depend on the vital services provided by staff in these local branches.

“In August, I publicly called on all banks, including Ulster Bank, to agree a 12-month ban on layoffs to protect workers during the worst of COVID-19. Instead, banks such as Ulster Bank are using the crisis as cover to restructure their operations and push through more redundancies. This is despite Ulster Bank recording an operating of €55m in 2019, up 366% year-on-year.

“I have now joined the Financial Services Union campaign to save Ulster Bank and have co-signed a letter to NatWest Directors urging them to maintain their Irish operations.

“I will be doing everything in my role as Labour Party Finance Spokesperson to bring this to the attention of the Minister and demand that they do everything in their power to protect Ulster Bank operations in Ireland.

“I welcome the fact that Minister Donohoe has confirmed to me today that he plans to meet Bank management. This must happen urgently.”