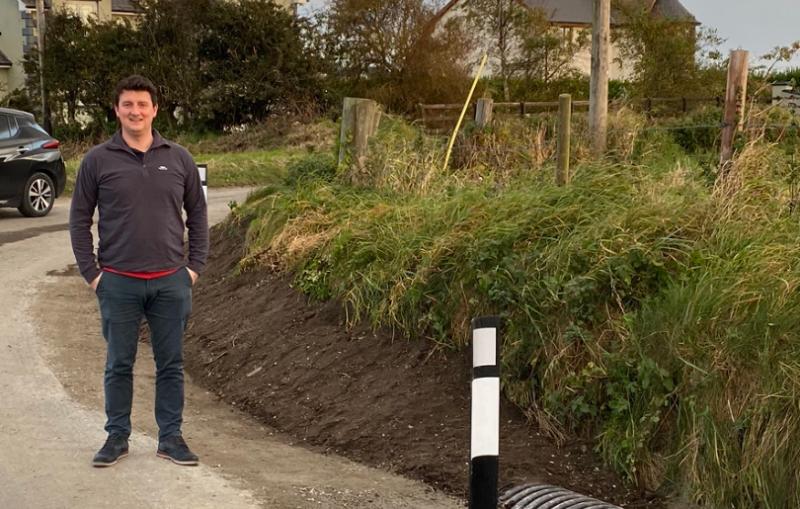 Local Councillor Antóin Watters says he welcomes repair works carried out by Louth County Council on the Shelling Hill and Templetown Road in the Cooley Peninsula.

According to Cllr Watters: “the road leading to Shelling Hill and Templetown beach is one of the busiest roads in Cooley and has high volumes of traffic everyday. Over time the road has started to erode in a number of places and these remedial works were badly needed.”

Cllr Watters had requested the remedial works earlier this year following discussions with a number of local residents but unfortunately, although the works had been started, they were temporarily abandoned due to the Covid 19 situation.

“This corner,” according to the peninsula councillor, “was one that was causing major difficulties.”

He went on to praise the operations team and the Council engineers on completion of the task thanking them for “their excellent work. It is much appreciated by myself and the local community.”