Darver Castle: ‘We have some very disappointed brides and grooms to be’

Covid-19: Many weddings have been postponed as restrictions hit home hard 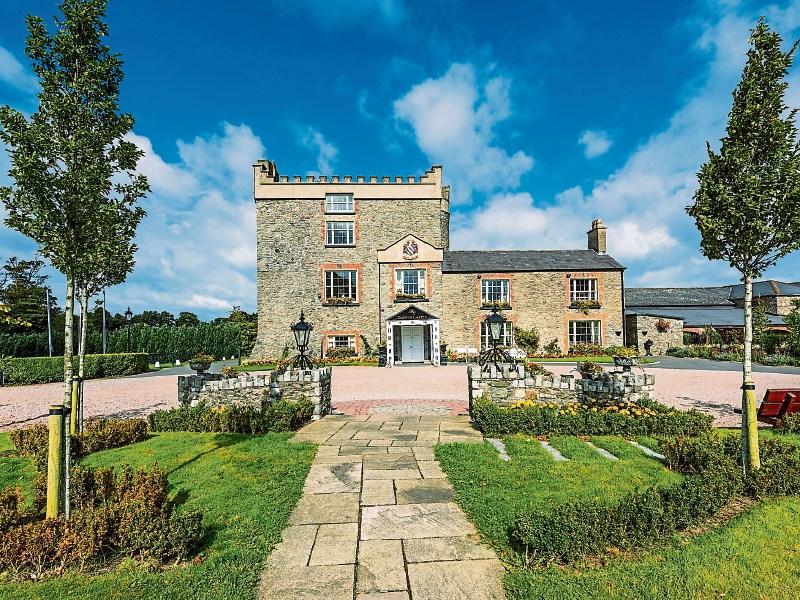 Brides-to-be and grooms have been left “disappointed and upset” and are postponing their weddings rather than having to cut their already curtailed guest list by half again under level three Covid-19 restrictions.

Couples who were due to get married over the coming three weeks were left reeling after the Government announced that the country was moving into level three of the National Framework for Living with Covid-19.

Couples had already made the difficult decision of uninviting loved ones and friends to their big day so they could go ahead with tying the knot with just 50 guests in attendance under previous restrictions – and now they have been told they have to half that again to just 25 people.

Events manager at Darver Castle Anne Darcy said that couples who were due to celebrate their special day at their wedding venue over the coming days and weeks are opting to postpone their wedding rather than have to tell more family and friends they can’t attend.

Anne said: “It is a very difficult situation for brides-to-be and grooms who were due to get married over the next three weeks.

“We have some very disappointed and upset brides and grooms who were meant to get married over the coming weeks, with some as soon as days after the Government announcement, who have seen their plans fall apart again.

“Couples are disappointed as some have been planning their weddings for up to two years and they have already had to make massive compromises on their big day due to Covid-19 restrictions and now they are being faced with more very difficult challenges.

“Of course, everyone understands that safety is really important and realise that restrictions have to be in place due to the pandemic, but it is still very tough on couples who have been planning their weddings for a long time.

“It has been a nightmare.

“Couples who were due to get married over the coming weeks have already really struggled to get their guest list down to 50 people and now they have been told they have to half that again to 25.

“It is heartbreaking for them.

“It was already really tough for them to have to uninvite family and friends to their big day so they could get married with 50 people in attendance under Covid-19 safety measures.

“But they did it and were all set for their wedding over the coming weeks, and now they have been hit with having to half their already limited guest list to 25.

“It was a rocky road for couples to have only 50 guests at their wedding and now they are being told they have to chop it in half again.

“And 25 is a very awkward number of guests as once immediate family is invited it doesn’t leave any space for some important loved ones and friends to attend.

“The majority of couples who were due to have their wedding at our venue over the coming weeks have decided to change the date of their wedding rather than cut their guest list to 25 people and go ahead with it.

“The day after the Government made the announcement that the country was moving into level three Covid-19 restrictions most of the couples due to get married over the coming weeks contacted us to postpone their wedding and try to change it to a later date.

“There was just one or two couples on that first day taking more time to decide what they were going to do.

“We are working with couples to try and get them alternative dates but available dates for weddings for even next year are scarce as a lot of couples book their big day at least a year in advance.

“The only good thing in this current situation is that couples are not just looking for weekend weddings, they are happy to take a date during the week at this stage.

“Couple are of course very emotional and upset but they have all been great to deal with and we are all working together to try and find a solution for them.

“It is a really tough time for couples because of the uncertainty with the restrictions changing all the time.”

Health Minister Stephen Donnelly said last week that couples would not receive any grace period to amend their plans for their big day, unlike in Donegal when a grace period was extended to weddings when the county was moved into Level three last month.

On that occasion, the new restrictions were announced on Thursday but weddings scheduled for that weekend in Donegal could go ahead with 50 guests instead of 25.

However, couples who had weddings planned when the nationwide restrictions were introduced last week were told at short notice and had no grace period meaning they saw plans for their big day, some due to take place in just days after the new rules were introduced, in tatters.

Couples who were due to get married last Tuesday were able to go ahead with their wedding with 50 guests as planned as the restrictions weren’t introduced until midnight that night, but any weddings after that were only allowed to have 25 people in attendance.

Also, couples who are living in a particular county can travel to get married outside that county, but their guests can’t come with them under the new coronavirus rules.

Anne said Darver Castle, which is exclusively a wedding venue in Readypenny, just outside Dundalk, has been hit badly by the pandemic.

“Our business has been really affected by the pandemic”, she said.

“We are exclusively a wedding venue, so it is difficult, we have been hit hard.

“We are not the only ones in this situation, it is affecting so many people in the wedding industry, including bands and photographers.

“We have a large banquet hall that would be able to seat 150 people comfortably to include social distancing.

“Guests wear masks, and we have sanitisation stations throughout the venue.

“We are allowed live music while ensuring guest adhere to social distancing measures and we finish at 11.30pm.”

While indoor gatherings of only 25 people are now permitted here, the number of wedding guests in Northern Ireland - just a short drive from local venues in Dundalk - can be a multiple of that, based on the size of the function room while also adhering to social distancing guidelines.

Anne said they had previously had a problem with couples moving their celebrations to venues in Northern Ireland but they are now more reluctant to do this due to the high numbers of positive Covid-19 cases there.

“We had a problem with couples moving their wedding to Northern Ireland, especially because we are so close to the border, but it is not happening as much now”, she said.

“The rules in the north are sporadic so couples are not as quick to jump to the north for their wedding at the minute.

“Live music is not allowed at weddings in the north, which is one element couples can’t have on their special day there.

“Also, couples are reluctant to jump ship to the north as positive Covid-19 cases are so high there at the moment.”