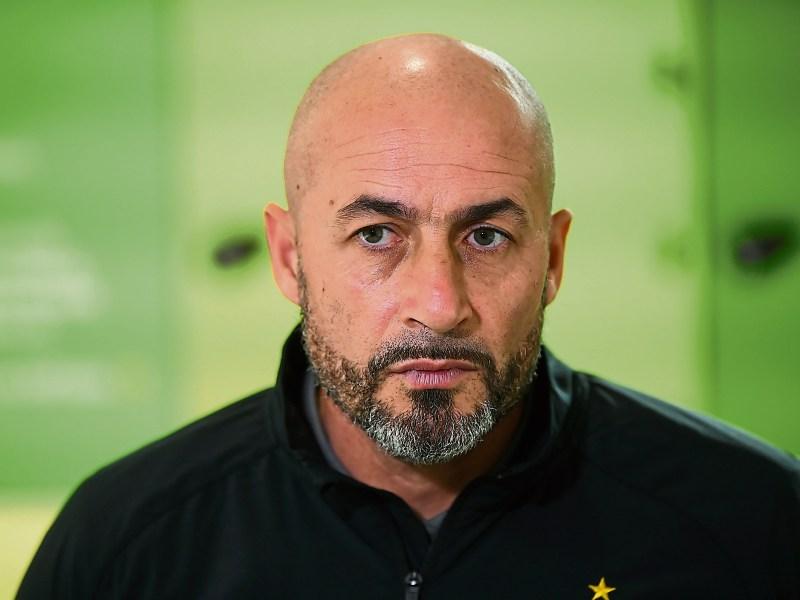 It intrigued me how Giovanni Trapattoni was able to get his message across to his players in his time as Republic of Ireland team manager. The Italian didn’t struggle with the English language – he simply didn’t use it, because, well, it was foreign to him.

Ms Spinelli was constantly by his side, translating the questions and then, after Trap had spoken, sending the answers back to the hacks in perfect English. Maybe Manuela filled the same role in the dressing room, but I doubt it.

No need for similar assistance for the latest Azzurri to come to these shores in search of soccer success. From the first day he went public after being named as interim Dundalk FC manager, succeeding Vinny Perth, Filippo Giovagnoli left us in no doubt - his command of the tongue he’d be hearing in the Oriel boardroom, on the pitch, but, sadly, not yet coming from the stands and terraces, was more than adequate. Communication wouldn’t be an issue.

What he and his assistant - another Italian, Giuseppe Rossi - have had to say in a little over a month since first setting foot on the Carrick Road is not only being understood but also carrying a very telling message.

Retaining the league title became a non-runner for Dundalk soon after the return to action in August. A sluggish reopening to the campaign after lockdown made closing on runaway leaders, Shamrock Rovers, a near impossibility. Still, it had a consequence - the forced departure of Perth, unfair in many people’s view.

But ever-present was a European ambition. Even the most optimistic about the club couldn’t see this being realised in the Champions’ League. A match win or two was hoped for, but really not a runner, notwithstanding previous achievements in the competition. However, the Europa Cup would be a different proposition. Weaker opposition in the initial stages and if successful, a place in the group stages, with the chance of competing against some of the continent’s aristocrats.

This has happened, all of it in Giovagnoli’s short but quite spectacular watch. Andorra’s Inter Escaldes and then – in a nail-biting penalty shoot-out – Moldovan champions, Sheriff Tiraspol, were taken care of, clearing the way for last Thursday’s set-to with KI Klaksvik at The Aviva.

Another win here, this one on the back of a performance that made the first one on the return after the lockdown - against St Patrick’s at Oriel, and also televised – look like a badly organised training spin. Each of the three goals was beautifully executed, the last one in particular, coming from substitute, Danny Kelly.

Brian Gartland, whose progress is being watched by an even sharper Inside Track eye ever since he answered the questions on these pages a couple of months ago, had a stormer. No-one has probably benefited more from Giovagnoli’s arrival than the teak-tough central defender.

Now for the competition’s really big stuff, a four-team league, with the celebrated Arsenal one of the trio to provide the opposition to Dundalk over the next few months. There’s also Norway’s Molde and Austria’s Rapid Vienna, whose history includes two final appearances in the old European Cup-Winners’ Cup, beaten by Everton in 1985 and Paris St Germain eleven years later.

Heady stuff, which, hopefully, can be viewed ‘live’ by Orielites. Each tie will have a home and away fixture, and Dundalk will be going back to The Aviva later this month and again in November and December. UEFA current rules allow for stadiums to be filled to 30% capacity, and in that case, over 15,000 could gain admission to The Aviva, enough to accommodate all the travellers coming down the M1. However, government restrictions will take precedence, and at the time of writing the outlook is not promising.

Much is being made of what qualification means to Dundalk in terms of finance, a minimum of €2.9 million. Of course, money speaks all languages, but, though the club’s owners might not necessarily agree, just as important is the lift in spirits at this difficult time which this latest paragraph in the club’s rich history is giving supporters and, indeed, the town.

Dundalk have been at this stage before, guided there four years ago by Stephen Kenny. The five-time league winner has moved on and on Thursday night has a date with destiny, his Republic of Ireland team travelling to play Slovakia in a Euro 2020 play-0ff. A win here would be a morale-booster to a wider gathering.