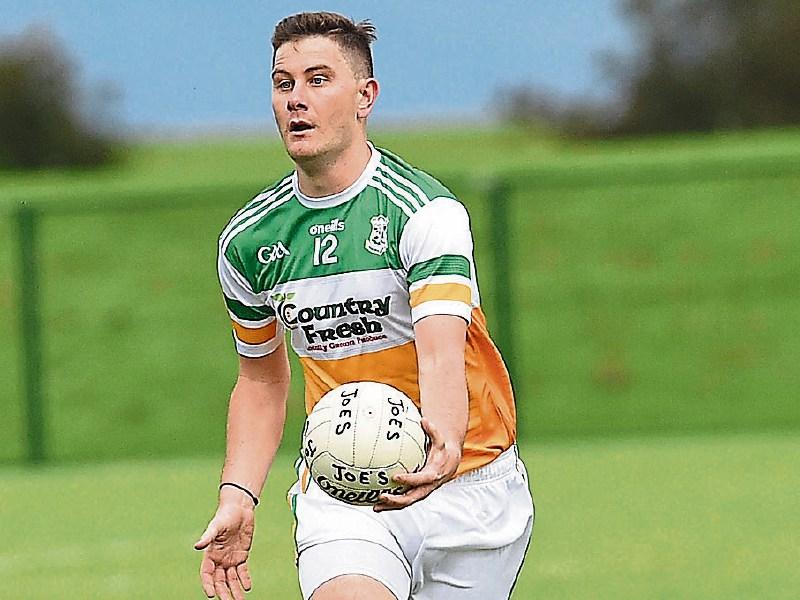 Dundalk Gaels remain on top of Division 2A after scoring their third successive victory away to Kilkerley on Friday night.

With both teams going into the game with 100 per cent records and tight contest was expected and it certainly proved to be the case but in the end the Dundalk men emerged as deserving winners.

The Emmets had to dust themselves down after the disappointment of their Intermediate Championship Final defeat and they battled gamely in the first half with points from Shane Lennon and Tadgh McEnaney providing the reward for some good play.

However, the Gaels enjoyed some good passages of play themselves and a goal from Sean McCann saw them go in at the break level at 1-5 to 0-8.

The second half was played in a similar spirit and Kilkerley gave themselves a boost when McEnaney found the back of the net. However, the Dundalk side were not to be denied and scores from McCann, Eanna McArdle, Dylan McKeown and Luke Murray helped them come out on top.

Killian Nolan came off the bench to score two late points as Oliver Plunketts edged a tight contest at home to Roche Emmets on Sunday afternoon.

The result leaves the Drogheda men still in contention for league honours as they stay just two points behind Dundalk Gaels at the head of the Division 2 table.

For Roche it was a setback to their league aspirations as they had a chance to go joint top with the Gaels, but despite being in the contention for much of the game they returned home empty-handed.

The first half saw Roche enjoy the better of the game and with Kevin Callaghan and Liam Carthy contributing scores they went in at the break leading by 0-6 to 0-4.

The Plunketts responded well in the second half and found themselves on level terms entering the closing stages as Conor Early and David Lambe found the target.

The winning of the game proved to be the introduction of Nolan who scored two late points and that proved to be enough for victory despite Roche pulling a point back in the dying moments.

St Josephs came out on top in this Division 2 B encounter at Cluskey Park on Sunday afternoon.

The Joes started strongly with points from Ben Collier and Jack Mulligan in the first two minutes before the Young Irelands opened with a point from Jordan O’Donoghue on eight minutes and the sides then exchanging scores through Alan Quigley and an excellent long distance strike from Cian O’Donoghue.

The Joes continued to dominate possession in the first quarter patiently building through the phases with Daire Smyth setting Alan Quigley free to finish to the Young Irelands net.

A superb save from Young Irelands goalkeeper Fergal Sheekey denied a Craig Doherty strike for the Joes with Alan Quigley collecting the clearance and pointing for the Joes. James Prendergast got on the score sheet with a point to leave the score at the first water break, Joes 1-4 Young Irelands 0-3.

The Joes added to their tally with a point from a 13m Alan Quigley free and minutes later the Young Irelands lost their centre back Ciaran Murray to a red card. Ben Collier pointed for the Joes before the Young Irelanders swept up field to send Dean Maguire through on goal and he made no mistake as the crashed the ball past Alan McKenna to cut the gap to 1-6 to 1-3 at the break.

The second half opened with Fergal Sheekey excelling with another superb save to deny the Joes, Ian McDonald pointing for the Joes in the next attack. The Irelanders made light of the numbers disadvantage with Dermot Mone taking the mark and pointing, followed by James Prendergast steering a 40m free between the posts to narrow the gap to three, 1-7 to 1-4 on 35 minutes. Two quick points from Conall McCaul and Alan Quigley pushed the Joes lead back out to five with Dean Maguire responding for the Irelanders. A quick exchange of passes between Ciaran Johnston and Conall McCaul setup Alan Quigley for his sixth point of the game.

The sides again traded scores from Jordan O’Donoghue and a Conall Smyth free with Peter McStravick flashing a shot across the face of the Joes goal to leave the Joes ahead by 1-11 to 1-7 on 45 minutes. The final quarter saw the Joes outscore the Irelanders three to one with two Alan Quigley frees and a Ben Collier point from play, the Joes running out six point winners.

Naomh Fionnbarra recorded a thrilling draw with O'Raghallaigh in a rain sodden Gaelic Grounds, Drogheda on Sunday afternoon in the third round of Division 2B League.

Nicholas Butterly was the star of the show for the Barrs as he claimed a hat-trick in an impressive display.

The Drogheda men were the better side in the first half and at one stage were ten points ahead before eventually going in at the break with a 3-5 to 1-7 lead.

The Finbarrs reigned in O'Raghallaigh with two goals in the third quarter to set up a tight finish as both sides battled for the win. In the end a draw was a fair result. It was a good performance by the Togher men, especially the fringe players who really stood up and were counted, who were missing a large number of the panel from the Junior Championship winning side.