The storied history of bicycles in Dundalk 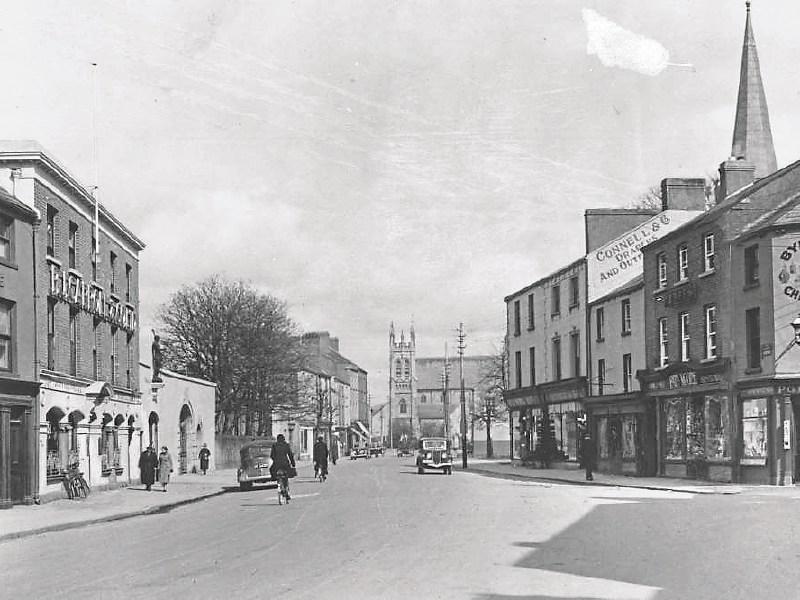 Looking at the front page of the Democrat last week, the photograph of a local postman riding a bicycle, towing a large green trailer with the letter 'O' on the sides, brought back memories of my childhood in Dundalk many moons ago. I had seen one of those bright green trailers in the Centre of Town a couple days earlier and had wondered if it was just an individual machine being used by some enterprising delivery service but, reading the Democrat report, have learned that they are 'general issue' and that we can expect to see many more around town in the future! It appears the new trailers are part of An Post's efforts to reduce the carbon footprint of the service and I agree that they seem to be a very good idea!

Bicycles have been around Dundalk for at least 150 years. There is a report, I think in an old Tempest's Annual, of a race on bicycles, between two Army officers stationed at Dundalk Military Barracks, from the Market Square to the Gate of the Barracks; a distance reputed to be almost exactly one Statute Mile. It appears that the race was for a substantial wager and the machines used were described as 'boneshakers'. A large crowd turned out to watch the spectacle. I can't recall who won but they weren't locals and it must have been a pretty rough ride when the race took place in the middle of the nineteenth century!

Probably the bicycles used in this early race would have been most propelled along by feet on the ground, as there were few chain driven wheels in those days and such machines would not have been available in Dundalk of the period. The mechanically driven bicycle is reputed have been invented by a Scottish blacksmith, Kirkpatrick McMillan, as early as 1839 but it was not until the 1880s that, what was known as the 'Safety Bicycle', with a chain driven back wheel and steerable front wheel, came on the the market that bicycles became popular all over the continent of Europe. It was the same in Dundalk of the late nineteenth century and I have spoken to older Dundalk people who could recall that it was the ambition of every affluent young person to own a bicycle and that included young women. Bicycle clubs were set up all over the place and young people would meet at weekends to go riding into the countryside and even as far away as towns of up to twenty miles away from their homes. There were 'cycle tea rooms', available were the 'better off' could take refreshments and experience romantic encounters. There was one in Dublin Street, near the present Byrne and Maguire motor garage, another in Castlebellingham and, perhaps one in Newry Town..

It was not those bicycle clubs of the period before the 'Great War', as the First World War was originally known, that I was thinking about when I saw the new postal delivery trailers --- but of what became known as the 'Emergency Period' during World War 11! As long as I can remember the post was delivered around the Town by young men riding bicycles with those large, square, metal carrier frames at the front. It was only in fairly modern times that women began to be employed by the Post Office and local postmen were very popular figures in Dundalk neighbourhoods. Up to about fifty years ago there used to be two mail deliveries around the Town every day, including Saturdays, and, sometimes, a parcel delivery as well. The 'Christmas Post' was something that was especially looked forward to, when struggling postmen had to go around carrying large parcels, in addition to the usual, unsealed, Christmas card envelopes!