OPINION: Dundalk win a real fairytale during a nightmare year 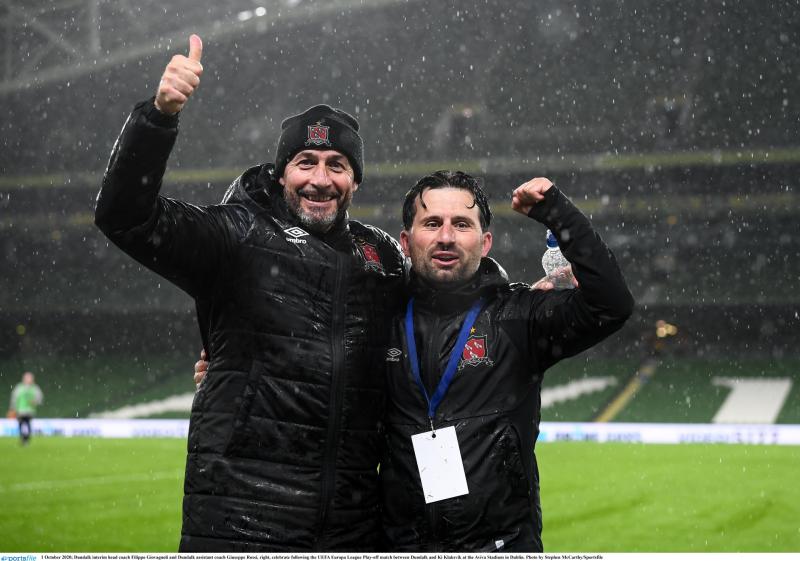 OPINION: Dundalk win a real fairytale during a nightmare year

With just over three quarters of 2020 now in the skip, the last quarter was looking about as appealing as a locked-down Christmas... Oh wait.

That was until last night.

Just over a month ago, Dundalk FC were all over the place. To call what was going on around the Oriel Park club tumultuous would be underselling the unravelling sense of chaos, just a tad.

With managerial upheaval coming days after crashing out of the UEFA Champions League, the club was listing heavily and bailing water left, right and centre.

Stories of alleged boardroom interference in team selection leaked out and the whole affair took on the patina of grim reality finally settling on Dundalk after nearly eight years of incredible glory.

“Ah sure, lookit, every club has their period of dominance. Time to hand it over to Rovers for a while.”

Which seemed to be an even more credible summation of the fall from grace following the appointment of two unknown Italian lads with no experience of managing a men's senior football team.

It all seemed so predictable in many ways too. It was as if this rambling demise was foretold from the moment Peak6 stepped in and bought the club. Now the fears were being borne out in real-time, during one of the most deeply difficult years in anyone’s memory.

Voices of dissent became a chorus, which grew louder - even if the terraces remained empty.

The charge for a league title seemed over just as the post-lockdown restart dawned.

Rovers were running away with it.

Clear the board out!

When Filippo Giovagnoli and Guiseppi Rossi first rocked up to Oriel Park in late August, you felt they might actually arrive in a clown car, such was the madness and unreality of it all.

During their first press conference, held outside beside the Youth Development Centre on a sunny day, the knives were being sharpened.

An earlier group Whatsapp comment about an impending ‘kamikaze mission’ from Filippo ahead of landing in Ireland, did little to foster any ‘cead mile failtes’.

This paper’s Oriel Park reporter, Niall Newberry, was there that first day. He listened to the Italians and took it in.

His feeling, almost immediately, was that ‘Papa Filippo’ seemed both friendly and approachable - a veritable bastion of calm in choppy seas. All good attributes, but not going to be enough to save the club, one felt.

In the days afterwards, various sources spoke of the almost instant positive impact the Italian duo were having, not just on the training ground, but throughout the club.

The players seemed happier. The structure looked more solid. A chink of light was peaking through.

Then came last night. One for the history books once more, not just for Dundalk, but for Irish soccer in general. A seemingly impossible scenario had come true.

That’s what it took Papa Filippo to attain immortality at Oriel Park.