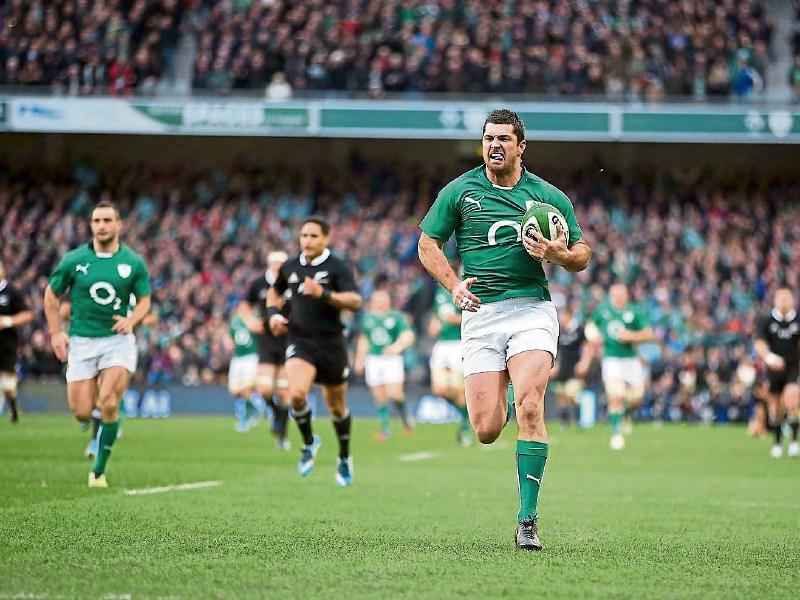 Michael Heeney had Gerry Gover, former World handball champion, Joey Maher, and myself along to DkIT one day to have a chat with students. Michael was head of sport at the college at the time, and this was one of his many innovations.

Another was to have the college host the finals of the 2004/’5 Sigerson Cup. This most prestigious of university football competitions had never been played in these parts since first figuring on the calendar back at the beginning of the last century, and there were many who considered Heeney’s ambitions to have that rectified nothing more than a pipedream.

But, given all the support he needed by the then- college President, Tom Collins, and calling on the help of other enthusiasts, he not only pulled it off, but made it a huge success. Sligo IT beat Queen’s Belfast in the final captained by Donegal ace, Christy Toye.

The importance of sport was the theme of the chat, but in fact anything went. Maher, you’d think, would have been spoken at length about his many national and World wins, but he only touched on them lightly, and instead told yarns about different characters around Drogheda. Great stuff, I remember.

Gover could have been there for hours talking about his long involvement in juvenile soccer around town, but confined it to about twenty minutes. Though there would have only been a half-dozen or so locals among the audience, people who could identify with the players, teams and places mentioned by Gerry, he still had the entire audience hanging on to his every word and was given a fine reception.

There were about one hundred present in a room that reminded me of the first classroom I ever sat in – Miss Heneghan’s in the Friary, about a thousand years ago. It was known as the ‘Gallery’, probably because it had rows of seats sloping towards the floor.

I spoke about El Paso, the label that had been hung around Dundalk’s neck by a BBC journalist when the Troubles were at their height. It damaged the town’s image, but Steve Staunton helped restore it with his exploits in the Ireland jersey at two World Cup finals and on the English League playing fields with Liverpool and Aston Villa.

I dwelt on that, but began by telling the story of a gathering of editors I attended in my time sitting in this paper’s hot seat. I introduced myself and said who I was representing, and immediately came the comment, “Ah, El Paso.” I wouldn’t mind, but the voice belonged to the Editor of the Limerick Leader.

After finishing with Staunton, having emphasised how much his achievements had meant to the town and its profile, I recalled my first ever rugby International, Ireland against France at the old Lansdowne Road. Shane Byrne was on the home team, and it was a source of pride, I said, to read in the Irish prop-forward’s profile that he had attended Dundalk IT.

The town or its hinterland wouldn’t have many other rugby claims to international fame at the time; but how different it now is.

The international game is now bigger than ever, leagues, previously confined to Six Nations clubs, now extending into another continent.

To have one player, and sometimes two, competing on the biggest arenas for more than a decade is something sportspeople from this area can be justifiably proud.

From the day he stepped on to Lansdowne Road thirteen years ago, wearing the senior green jersey for the first time, Ireland playing Argentina, Rob Kearney has flown the local, provincial and national flags with distinction, giving even those with only a passing interest in the game reason to take notice.

On a number of occasions, playing with Ireland and Leinster, he has had his brother, Dave, as a colleague.

The older of the two boys has since collected another 95 caps, played more than twice that many times for his province, and on two occasions toured with the British & Irish Lions, first when his international career was just two years old, in 2009, and then four years later. In between, he was named Europe’s player of the year. There are few in this country’s rugby ranks who’ve been so decorated.

It hasn’t only been about appearances. There have been many victories along the way, among them two Grand Slams and four Six-Nations , and, in the Leinster colours, four Heineken Cups and six Pro-14s.

And there were scores as well, none better than the try he claimed against the All-Blacks. It came from an interception, and as tore towards the line he wouldn’t have looked over his shoulder. Had he done so, he’d have seen an outrider, his brother. A score concocted in Cooley, executed at The Aviva.

Rob Kearney has brought his illustrious career to an end, at least in this part of the world. If he’s to continue playing it will be Down Under. Word last week was that he was considering a move to Western Force, a Perth-based outfit who play in Australian Super Rugby.

It might just happen that if his travels in a jersey not dissimilar in colour to the one he wore quite often at the RDS and others grounds where Leinster plied their trade take him down Melbourne way he might just encounter another of the peninsula’s finest stars.

Paddy Keenan, the best Louth Gaelic footballer of his generation, has been based in Australia for almost two years, and like Kearney, brought credit to his family, club and county before retiring.

If they ever meet up, there might just be a mention of the county final which took place in Clan na Gael Park sixteen years ago, when they were on opposing sides.