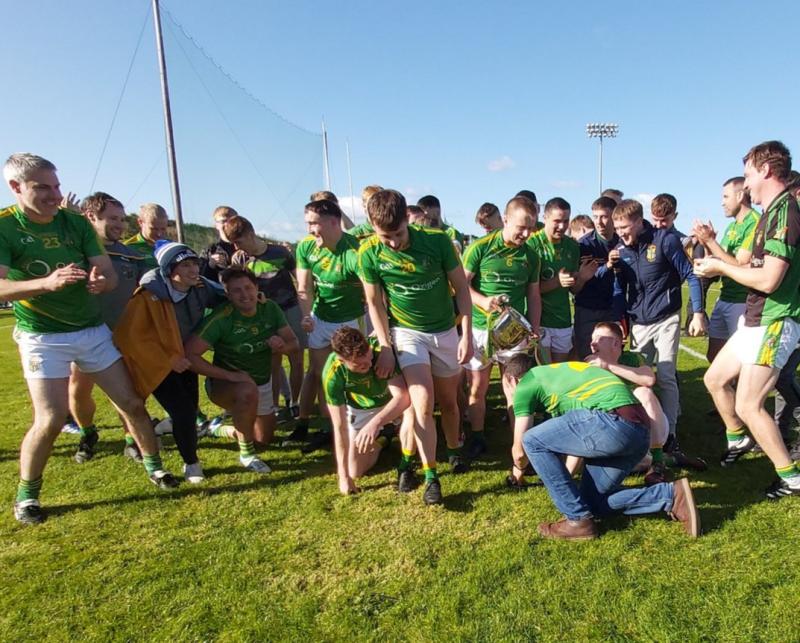 A decade on from winning the junior championship in the hot seat, St Finbarr’s manager Brendan Healy worked the oracle once more on Saturday afternoon.

Tasked with rebuilding the club, while at the same time, there was an expectancy to take his charges straight back up after last year’s relegation.

At various stages and right up until the death that feat didn’t look likely and at the very least it looked like both sides would be back again for a replay. However Healy never lost faith in his players throughout the nervy spectacle.

“I never doubted these lads,” he declared.

“Some of the broadcasts we’ve been listening to, they never seen us coming. We knew we had it our locker room to take these boys today. “

“This isn’t a junior club,” Healy, an intermediate championship winner himself in 2001, continued.

“We’ve played intermediate league this year. We played the Sean O’Mahony’s gave them a great game, the O’Connells too, we gave we never doubted them lads, I feel a bit sorry for that Dunleer team but you know what, its all about silverware. Three cups to be won this year, we’ve won one of them and thats what counts.”

Lannléire made their neighbour’s Naomh Fionnbarra work for that Christy Bellew Cup. Alan Murphy’s fortuitous goal midway through the second half allowed Dunleer to take the lead and frustrate his troops with their defensive approach, but on the back of some training ground work they never panicked.

“That is something that happens at under 14, under 12 into the top corner, high ball in. It wasn’t a worked goal or anything, it just happened to go through a nest of players, these things happen. Look it we knew, we’ve been working on these drills, the resilience is there, we have a good bench. That showed there today.”

Winning manager Healy finished by touching on the rebuilding job he was brought in to do and had so dramatically just carried out minutes earlier.

“A lot of people don’t understand. we have 10 starters from last year. I mean we brought those young lads through, that was our aim at the start of the year. That was why myself and Alaric (Costigan) were brought in, to get these young lads involved in the club.

“Because you know what, they probably drift into different sports or different outputs but the result is what matters and you could see that today and it was absolutely super.”