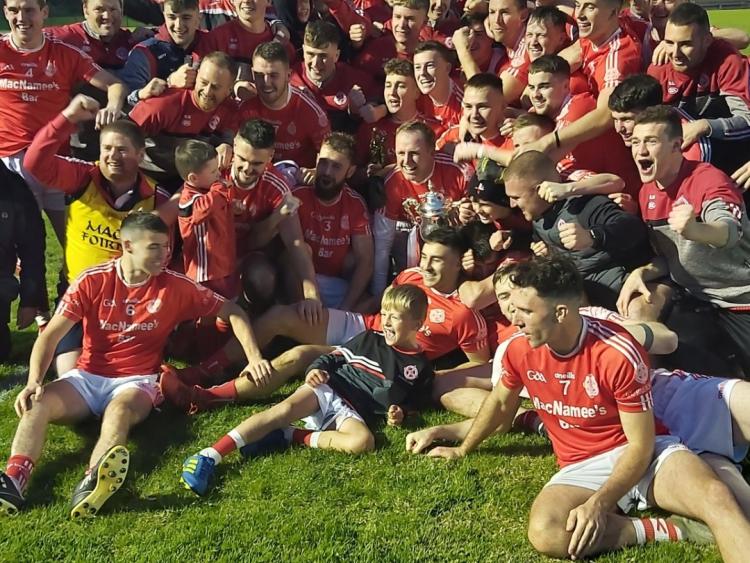 "It's been a long time coming," St.Brides attacker Emmett Kirk rejoiced after his side picked up the Seamus Flood cup yesterday - their first championship win since 1967

So just a 53 year wait to be exact - with plenty of final heartache in between.

Kirk himself was part of the last losing Brides side to feature in a final, at the same grade, back in 2013 and he was more than fed up with losing.

"This team has been waiting for this moment for the last six, seven years," Kirk explained.

"Seven years ago we made the intermediate final, that was my first year and it's been a long hard journey to here but I'm just delighted we got through it.

So what is different, what has got the Knockbridge men across the line this time? Kirk top scored as an integral part of an attacking unit but felt it was all about the collective.

"It is all down to the team," Kirk beamed.

"We have a great team there, we work hard for each other. There is not one man there that doesn't deserve a medal or a jersey! It is just unfortunate that you have to pick fifteen players because really you could have 17 or 18 players in, no problem. That was the highest scoring total we've put up I'd say in about two or three years."

Out of the side for the group stages, Kirk himself, has only regained his place at the semi final stage. He came in and scored a vital goal against Sean O'Mahony's, his great run of form continued in the final.

"Yeah, I was struggling for my spot," Kirk, who struck five crucial points on the big day, admitted.

"But I just got back to training and worked hard and just put my head down and luckily today it worked out.

It certainly did work for the Knockbridge men on the day and with that weight of a losing streak off their back, Kirk is not looking to rest on his laurels anytime soon

"As a club we felt that we could never just get over the line and I'm just delighted this time we did and hopefully there is more to come!