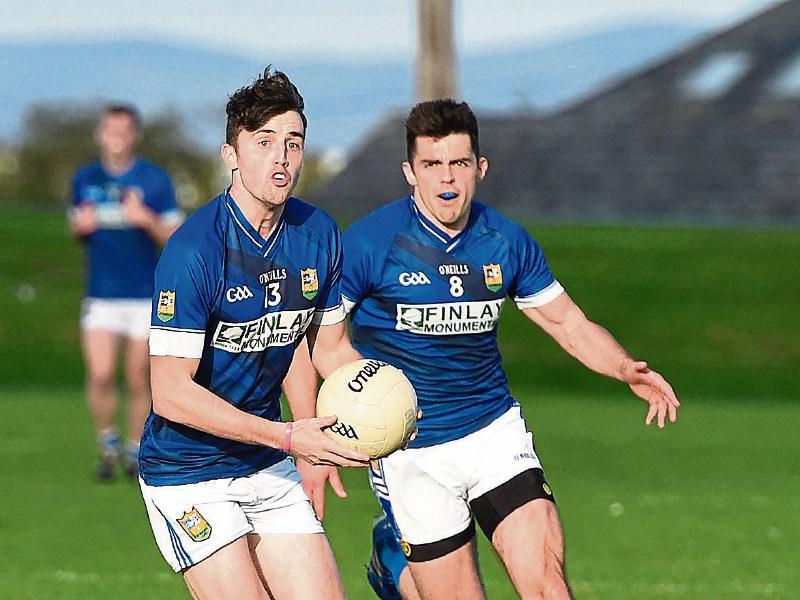 Let’s talk TV. It’s appropriate, given that Louth championship football has been coming up on the screen on a regular basis for the first time this year, upwards on a dozen games covering three grades being streamed most weekends over the past month or so. The presentation’s been very good and, according to reports, could even be even better when the finals come along.

Just one camera has been focusing on the play, yet, very little has been missed. Scores have been replayed, as indeed have what we like to call ‘incidents’. There’s certainly been no hiding place for miscreants, and rightly so.

The finals will have an even more elaborate presentation; planned is to have a second camera and perhaps interviews and the like.

There’s nothing to thank Covid-19 for, but had it not intruded so disastrously on everyday living, LuTV would not have been rolled out. Reacting to the restrictions which at the beginning allowed for just 200 to be present at matches - panels, their managements and match officials included - Louth County Board went with the relatively new concept.

Costing just €6 per game, or €15 for a full day’s play, it was an instant hit with supporters who couldn’t access a ticket. Viewing figures rose sharply after the debut weekend.

This was because the virus was not only showing no sign of going away, but, worse still, was beginning to take a stronger grip, its number of victims rising by the day. As a consequence, the government took the decision to close games off to all but teams, their mentors and officials. LuTV’s output was even more appreciated from the second weekend onwards

And now for a few of the questions Inside Track likes to throw out every so often. A GAA game in which competition was the first to be shown live on RTE, or Telefis Eireann as it was known at the time? For a bonus point, what was the year? And if there’s a ‘sudden death’, in which decade did the BBC show its first full soccer match?

Telefis Eireann’s opening broadcast was in 1961, and it was in the following year that the first match, in any code, was shown, Munster playing Leinster in Railway Cup hurling final. While the GAA was cautious of live broadcasts, the fear being they might impinge on attendances, the number of games on screen increased. The All-Ireland final and Railway Cup semi-finals and final in both football and hurling figured on each year’s schedule in the 1960s.

They were all in black-and-white, but then in 1971 the first match in colour was broadcast. This was another hurling tie, Tipperary’s defeat of Kilkenny in the All-Ireland final. Coverage has come a long way since then, and, of course, it’s not only RTE that’s providing it.

It was around this time, eighty-three years ago, that the BBC covered its first live game.

Well, it wasn’t really a game in the strict sense of the word, more a training spin.

It came from Highbury, Arsenal first team taking on the reserves. The BBC was housed close by at the time, and it was more for convenience that the Gunners get-together was chosen. Little was it known then what was being spawned.

In the following year, 1938, the Corporation screened its first full match, England against Scotland, played at Wembley.