Pat Smullen bookended his career with winners at Dundalk Stadium 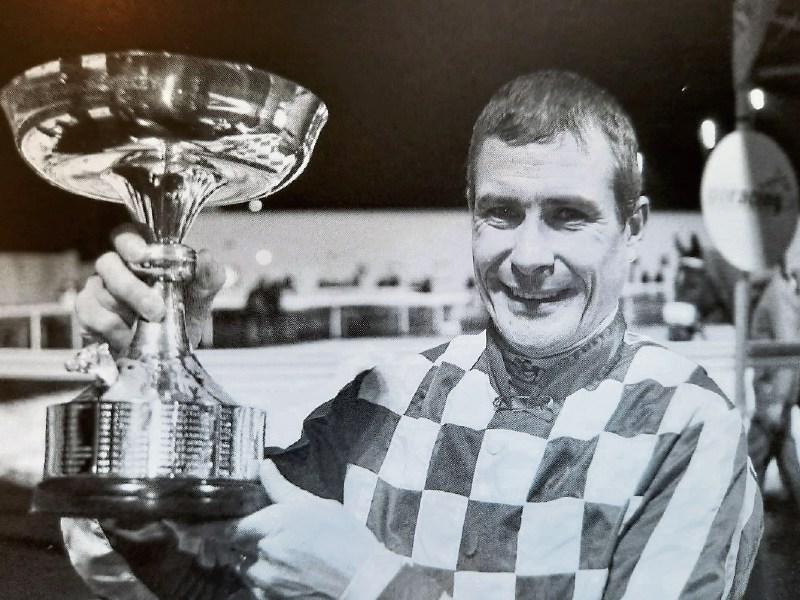 One of the latest generation was my regular race-going pal when horse racing at Dundalk Stadium was open to the public. We went most Friday nights, and also travelled to other courses, Leopardstown and Navan being particular favourites. In these uncertain times, we can only hope that it won’t be long before the racecourse gates are again opened.

Ben’s 14, and until a couple of years ago, when the rule came in banning those under 18-years-of-age from having a bet, he was my ‘runner’, occasionally having the few quid on for me on the Tote.

(Giving bad example? His two uncles from this side of the house filled the same role back in the day, and they turned out okay, both bettors but never in danger of putting themselves in trouble. And I’d have to say I didn’t pick it up off the ground either, though it should be added that had I never been inside of a bookie’s office, or knew what it was like to see horses taking a jump or leaving the stalls, I’d today be quids in.)

I smile when I think of how it was after the under-18 rule was introduced and before lockdown. If Ben wanted a bet, a euro on the nose or maybe each-way, it was me who had to do it for him. Role reversal, you could say. Quite by chance, of course, there’d be no-one around the Tote booth when I’d strike his bets.

We were at ‘The Mash’ the night Pat Smullen was either confirmed as champion jockey, or was presented with his award. I can’t remember.

What I do know is that it was the ninth time he’d finished with more winners than any of his weighing room colleagues.

Not only did Ben get his autograph but also a handshake. I thanked and congratulated the champ. While many jockeys can be surly, some of them never bothering to acknowledge it if you say ‘well done’ after they’ve ridden a winner, Smullen not only said ‘thank-you’, but added, “I appreciate that.”

It wasn’t a surprise last week to hear that the Offaly-born jockey had died. He’d been fighting a finish with cancer over the past two years, and recent word from a Dublin colleague was that he wasn’t doing well. Still, it dug deep when told he had lost the battle. Ben’s mother told me the young man shed a tear when the news came up.

Smullen had an affinity with the old and new Dundalk tracks. In fact, he bookended his career at the venue, Vicosa giving him his first-ever winner in 1993 and Togoville, two years ago, his final success coming a couple of days he was forced to retire through ill-health. In between he rode upwards on 250 winners at the local venue, the vast majority of them coming on the all-weather track.

Speaking to John Kirwan - my colleague in writing The Story of Dundalk Stadium - Smullen said the grass track “was pretty fast”. There was a little hump about 100 yards from the line, and “if you were okay going over that, you’d last home”. The ground was always lively, “but generally it was a fair track and generally the best horse won”.

Of the all-weather he was more effusive. It has been a “game-changer” for Irish flat racing. “It gave opportunities to horses that would be idle over the winter and saved the careers of many jockeys and horses.

Mind you, it took a while to get used to it; trainers and jockeys had to adjust to it at the beginning and it was a bit tight at first. There used to be a lot of congestion at the last (turn); then you realised you could make a run for it and win.

“The positioning of the slip rails made it a very fair track. At first there was the feeling of running down a funnel, with the lights of the greyhound track and the stadium building, but experienced horses quickly got used to it.”

His most memorable win at the track was aboard Muhannak in the €50,000-to-the-winner Diamond Stakes. Trained in England by Ralph Beckett, Muhannak went on to win the Marathon at the 2008 Breeders’ Cup meeting at San Anita, with Smullen again on board.

However, it was with Dermot Weld’s stable that he was most associated, riding for the Curragh trainer for upwards on two decades. Together they brought off the big double in 2016, Harzand winning the Irish Derby having collected at Epsom a few weeks earlier. By then they had won another Irish Derby, Grey Swallow scoring in 2004.

Pat Smullen was remembered at the return of racing to Dundalk Stadium on Friday night last. His former weighing room colleagues stood for a minute’s silence, while CEO, Jim Martin, said:

“Pat was a great jockey and an absolute gentleman in any dealings I had with him. He rode his first and last winners here, and was more successful than any other jockey on the all-weather. His wife, Frances, was also successful, turning out winners on the old and new tracks in her time as a trainer.