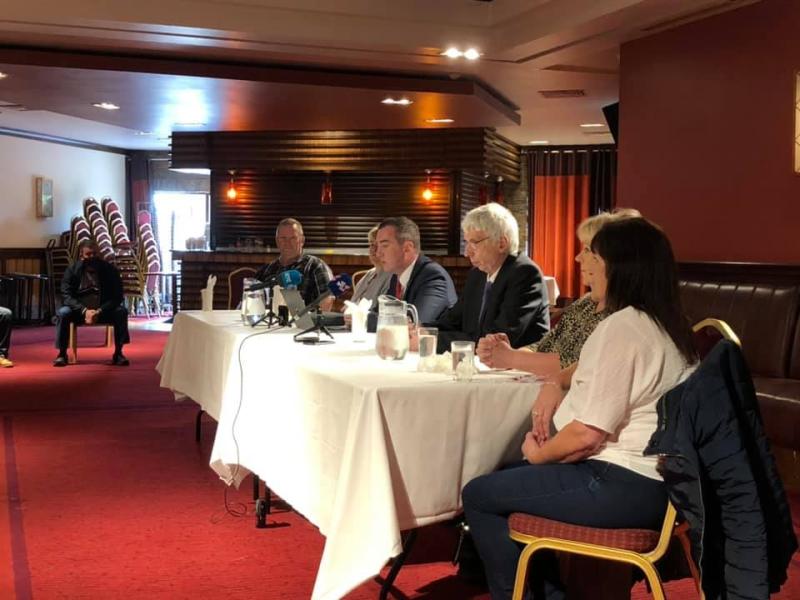 The family of murdered local man Seamus Ludlow have announced that a former Metropolitan Police Chief Constable is to investigate the killing that happened over 40 year ago.

Mr Ludlow’s family have long maintained he was shot dead by members of the British Army and Loyalist paramilitaries, who mistook him for a senior member of the IRA, near his home outside Dundalk in 1976.

No-one has ever been charged in connection with the murder of the 47-year-old forestry worker.

Mr Ludlow’s family, who have fought for decades for answers and to get justice, announced on Tuesday that there will be an investigation in the Republic and Northern Ireland, led by former Bedfordshire Chief Constable Jon Boutcher, into the murder.

It has also emerged that a witness has come forward with new information about the murder in the last two weeks.

Mr Ludlow’s relatives gathered in the Lisdoo Arms on Tuesday to announce that there will be a full independent cross-border investigation as it was the last place Mr Ludlow was seen alive.

The family’s solicitor Gavin Booth said: “We can report the good news that there will now be a joint investigation, both north and south, into the murder of Seamus Ludlow.

“This investigation will be headed by Jon Boutcher and he will look at the actions of all those who played a part and a role in the murder of Seamus Ludlow, this includes the gardai, the British Army, the SAS , the RUC and any unknown others, including those suspects that were let go.

“The family are delighted with today’s outcome.

“This is the first time, through their dogged tenacity, have been given this investigation.

“The family have never stopped campaigning – 45 years campaigning for justice for Seamus Ludlow – and they weren’t going away.”

The nephew of Mr Ludlow Michael Donegan said it is a “very happy day” for his family.

“We have been waiting for nearly 45 years to find a policeman somewhere who wants to investigate the murder of Seamus Ludlow.

“In the past policemen had to be ordered to investigate it and they didn’t do their job; they turned their back on Seamus and his family.

“We are very happy today because this development has happened.”