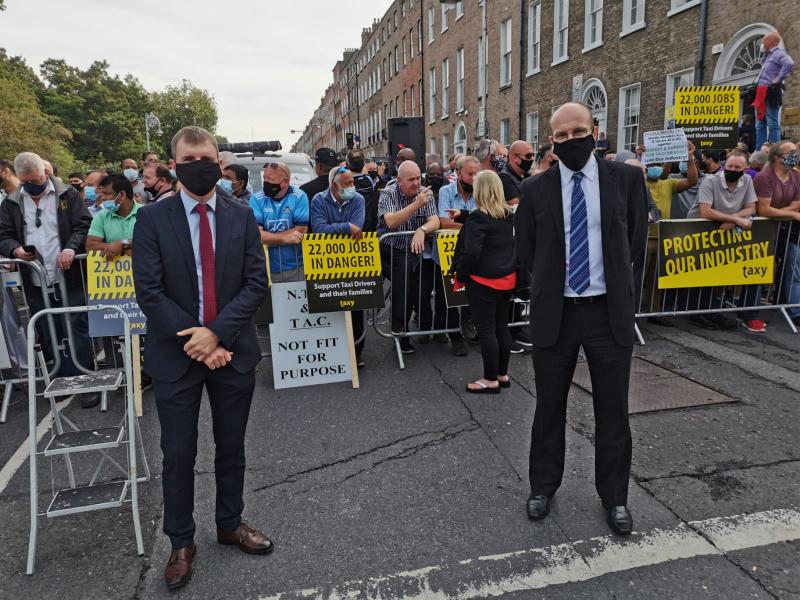 Taxi drivers in Dundalk are under ‘serious pressure’ because many of the fares to multi-national firms based in the town are not there because employees are now working from home, Leinster House heard last week.

Sinn Féin TD Ruairí Ó Murchú highlighted a conversation he had with a local taxi driver during a Private Members’ Motion on supports for the sector.

Mr Ó Murchú said: ‘I spoke this morning to a taxi driver in Dundalk, Paul. He tells me how previously he would have started working around 6.30am, there would have been a huge amount of factory runs, to the likes of Paypal in Dundalk, but obviously these people are working from home and we understand that, given the circumstances that we find ourselves in.

'But that means that an awful lot of taxi drivers who were previously working at 6.30am or 7am aren’t really clocking on to 8.30am. They’re down a serious amount of money’.

However, the costs for drivers remain the same, and are rising, the Dundalk TD said. He highlighted the ongoing problem with insurance.

Mr Ó Murchú told the Dáil: ‘Paul told me that he now pays for himself on a car, €2,500 per year, no accidents, no claims, nothing like that.

'He said he was on a policy six or seven years ago, and he had two cars on the road, for less than that and the car was insured and once the drivers were properly licensed, they were insured to drive.

'Now we are in a situation where we can already see that this was an industry that had serious viability issues and we need these dealt with’.

He praised the work of taxi drivers during the pandemic.

He said: ‘There wouldn’t be a public transport system if it wasn’t for taxi drivers in this State.
‘It’s been said by many people already of the necessary work they did before and during this pandemic.
‘They facilitated front line health workers, people working in retail. We always knew taxi drivers did school runs, hospital runs, factory runs, they facilitated our economy.
‘They like others have been listening to the fact that we are all in this together but, we need to ensure there’s a government response that shows that we are all in this together.
‘But we are dealing with an industry that is already absolutely hammered at the minute.
‘We really need to ensure that government steps up and to ensure the supports are given to an industry that is under pressure, but an industry that we will need into the future’.