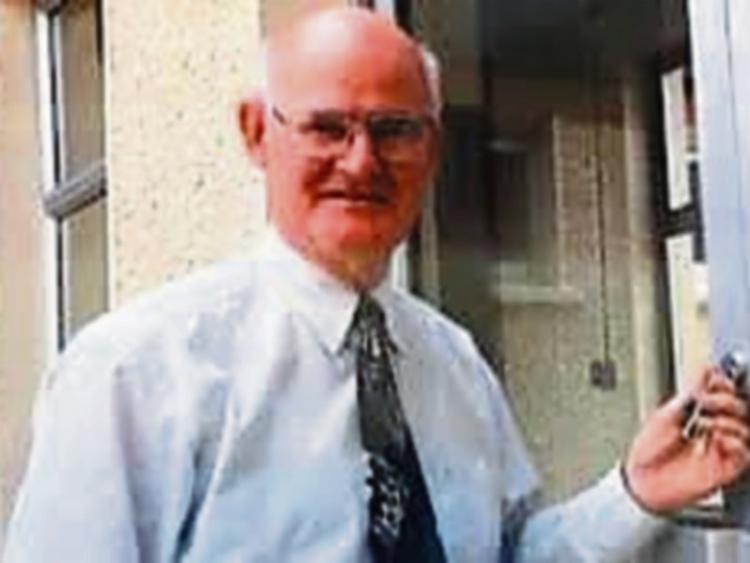 Unfortunately, I did not have the space to include it in my notes at the time but feel that my readers are entitled to share in this fitting tribute to a great educator. Here now are Noel recollections of his old Master ---

There was a great sadness in felt Haggardstown Parish with the passing of former St. Fursey's National School Principal, Paddy McDonnell, not just by all those who were fortunate enough to have been his pupils but by a whole myriad of people in the local community and in his native Darver, whose lives he touched and enriched in so many ways.

When Paddy came as Principal to the Haggardstown School in 1960, St. Fursey's N.S., built in 1946, had no sanitation, running water nor electricity. When he retired in 1998, it was one of the finest schools in the Country; a measure of the dedication which Paddy, his teaching staff, local priests, the parents' committees and a host of fundraisers had put their energies into updating and extensions to the building over the intervening decades.

During the refurbishments to St. Fursey's in 1961/62, most classes were relocated to Mullagharlin School on the Chapel Road. This former Mass-House, built circa 1744, had served as the local national school from 1840 to 1946.

To say that the conditions in Mullagharlin School were Dickensian would be an understatement. The dry toilets at the rear were a health hazard. We gathered sticks in the hedges for lighting the fire. We had no running water, soap nor towels and washed our hands in cold tea. The Chapel Road was our playground.

Mrs. Mary Kavanagh looked after and taught us, while Paddy poisoned generations of rats that infested nearby ditches. Yet we managed and relocated to St. Fursey's in 1962.

Paddy always took a great pride in the achievements of his past pupils and many of them were to distinguish themselves in all walks of life.

Taciturn, quietly spoken and highly conscientious, his incalculable contribution to education was marked with the award of a Bené Morenté medal on the occasion of his retirement in 1998.'

I am happy and pleased to include in my notes this tribute by Noel to Paddy McDonnell, who like so many primary school teachers in the district, have been dedicated to the education of our youth for centuries, without, perhaps, the rewards to which they were entitled but are enshrined the respect of the communities in which they laboured. Some, let's admit it, were 'not fit for purpose' and but the vast majority were dedicated men and women who achieved in their pupils more than even they were aware!