Met Éireann's summery weekend forecast - enjoy it while it lasts 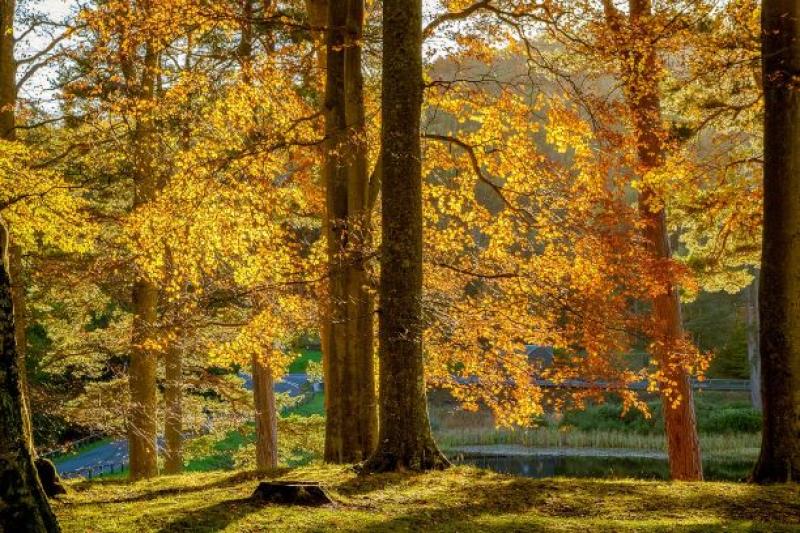 The summer weather that skipped Ireland in August looks set to belatedly show up this mid-September weekend, according to the latest forecast from Met Éireann for Saturday and Sunday.

Temperatures could rise into the balmy low twenties on Sunday according to the forecast. Not all areas will enjoy such Indian Summer conditions as a weather warning has been issued for Donegal.

Sunday looks like being the warmest day with temperatures forecast to peak at 22 degrees in mainly dry and sunny conditions for most of the country after a cloudy start.

Met Éireann's weather outlook summary is for dry conditions in many areas this weekend but there will be showers and outbreaks of rain in the northwest. It says the current indications are that the beginning of next week will bring warmer conditions with further outbreaks of rain. MORE DETAILS BELOW TWEETS.

Our Atlantic chart shows precipitation and pressure forecast in 6 hour intervals for the next 7 days: https://t.co/9Giuj4CR5m

The National forecast and the outlook for the coming days available here: https://t.co/9gKN6SVok4 pic.twitter.com/vvX0Iutrb3

National forecast issued on Friday, September 11 at 11:41 am.

FRIDAY 11TH SEPTEMBER
This afternoon, rain currently over Ulster and Connacht, will move southeastwards over Leinster and Munster, becoming lighter as it does so. Sunny spells and scattered showers will follow. The rain will clear to the southeast this evening. Highest temperatures of 14 to 18 degrees, with moderate to fresh westerly winds.

Friday night will be mostly dry with clear spells and some scattered showers, mainly in western and northern parts of Connacht and Ulster. Lowest temperatures of 8 to 11 degrees with light to moderate west to southwest winds, fresh on northwest coasts.

SATURDAY 12TH SEPTEMBER
Saturday will be dry over much of the country with good sunny spells in Munster and Leinster. It will be cloudier further north with showers in the northwest during the morning and persistent rain developing in north Ulster in the late afternoon. Highest temperatures of 15 to 18 degrees with freshening southwest winds, increasing strong and gusty along western and northern coasts in the late afternoon and evening.

Rain in the northwest will continue on Saturday night, with further heavy bursts possible. Elsewhere, it will be mainly dry but cloudy. Lowest temperatures of 11 to 14 degrees in moderate to fresh southwest winds, strong to near gale on Atlantic coasts.

Sunday: The overnight rain will clear from the northwest on Sunday morning, and any remaining drizzle patches near western coasts will die out by early afternoon. It will brighten up in most parts with warm sunny spells developing across the bulk of the country, although a few areas of low cloud and mist may linger near some southern and western coasts. Highest temperatures of 17 to 22 degrees in moderate to fresh south to southwest winds.

Sunday night: Mostly dry with isolated showers and clear spells. Lowest temperatures of 11 to 13 degrees in a light southerly breeze.

Monday: Cloudy with outbreaks of rain mainly over the western half of the country. Some heavy downpours are possible. Warm again with highs of 17 to 22 degrees in moderate southeast winds.

Monday night: Cloudy with further rain, turning persistent and heavy at times over the western half of the country. Lowest temperatures of 13 to 15 degrees in a light east to southeast breeze.

Tues to Thursday: Current indications are that it will continue warm through the middle of next week with showers and further outbreaks of rain at times.