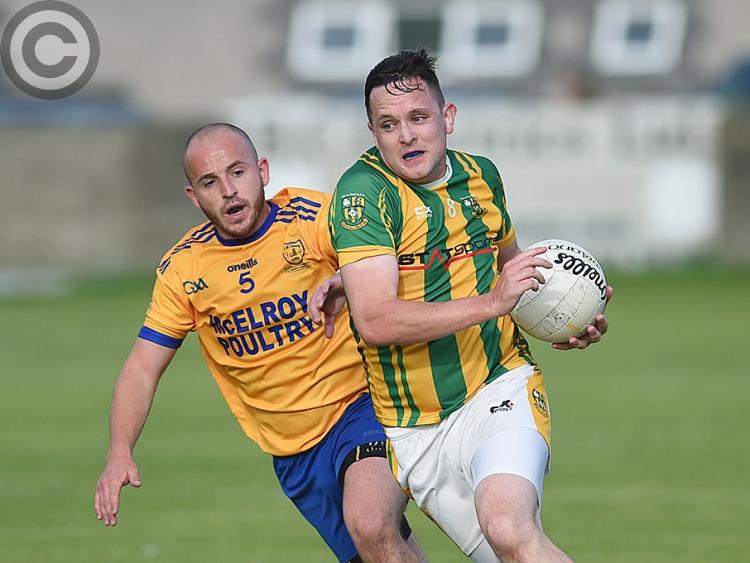 Hunterstown Rovers vs Dundalk Young Irelands
Saturday: The Grove, 5pm
Expect two very different line-ups six days on from their league meeting in Hunterstown, with both likely to opt for much stronger XVs than were on show at Páirc Baile Fiach last Sunday.
The clubs met in the group phase of last year’s renewal where a draw was enough to send Rovers through and Irelands into the relegation play-offs. Tony McKenna, Hunterstown’s captain, was the hero that night, striking a late point, but the midfielder is believed to be nursing a hand injury and could miss his team’s opener.
Verdict: Irelands

Plunkett’s vs Clan na Gael
Saturday: Dunleer, 5pm
Clans just about emerged victorious from this fixture at this stage of last year’s championship, captain Billy Smith landing a winning score in the dying embers after Plunkett’s had spurned the opportunity of completing a memorable comeback effort with victory.
One suspects that Saturday’s Dunleer meeting will be similarly tight and predicated upon which Plunkett’s turn up. If the Mell men are clinical and introduce an intensity to the affair, patrons could be in for a clash of the weekend contender in which the men in maroon have a great chance of causing a minor upset.
Verdict: Plunkett’s

St. Kevin’s vs St. Bride’s
Saturday: Ardee, 7pm
Saturday’s fixture will certainly hold no fear for St. Kevin’s, who know they let a major scalp loose when the teams met in the first round of last year’s championship, spurning late opportunities before Bride’s mustered a strong finish at Dowdallshill.
The vast pitch at Páirc Mhuire should suit Kevin’s in their bid to locate pores in the Reds’ backline set-up, though this may leave them susceptible to counter-attacks which Bride’s will hope can win them the game. Seán Marry, Ciarán Deane and Kevin Hearty can be deadly when at top speed.
Verdict: Bride’s

Glen Emmets vs St. Fechin’s
Saturday: Drogheda, 7pm
If St. Fechin’s are to finally get across the intermediate championship line then they really need to avoid an upset against Glen Emmets, who enter the Flood Cup race as favourites for the drop to junior.
League placings indicate a vast yearn exists between the teams as while Fechin’s have fared well on their Division One return, Emmets haven’t exactly got their third tier campaign off to an impressive start, albeit Conor Grimes has found his scoring boots, which the Tullyallen men will certainly need if they’re to salvage some sort of success from 2020.
Verdict: Fechin’s