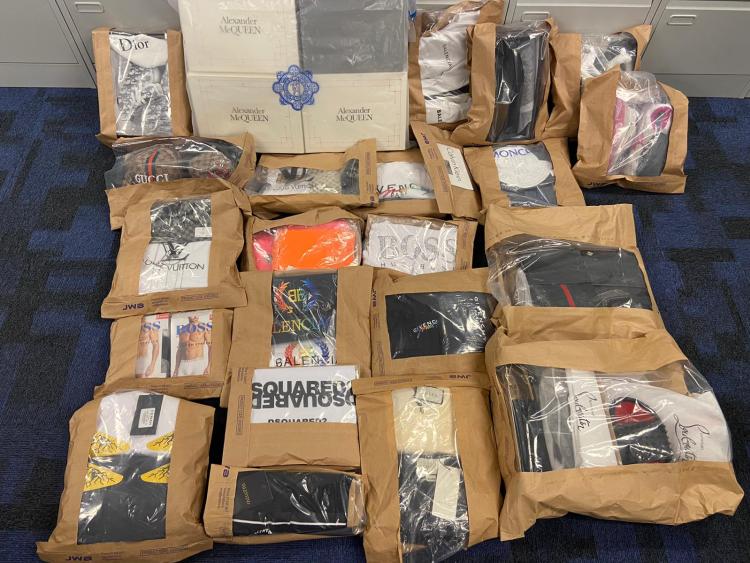 Gardaí attached to the divisional drugs unit at Drogheda Garda Station conducted a search under warrant of a house in Termon Abbey area of Drogheda shortly after 8pm on Tuesday.

During the course of the search suspected cannabis (pending analysis) with an estimated value of €800 was seized along with almost €900 in cash.

While conducting the search a large quantity of counterfeit designer clothing and footwear resembling brands such as Alexander McQueen, Dior, Gucci, Louis Vuitton and Boss were found.

These counterfeit goods are estimated to be worth in the region of €20,000 and were seized by Gardaí.

One man, aged in his mid-20s, was arrested in connection with these seizures. He has since been charged in respect of drugs related offences, with a court appearance to follow. A file is being prepared for the Director of Public Prosecutions in respect of the counterfeit goods.

"If you purchase counterfeit goods, you are not only buying sub-standard products, there is also a potential health and safety risk, for example they may not be flame retardant,” Superintendent Andrew Watters of the Drogheda Garda District said.

"If you buy counterfeit goods you may also be playing a part in the funding of organised crime groups who operate throughout the country”.