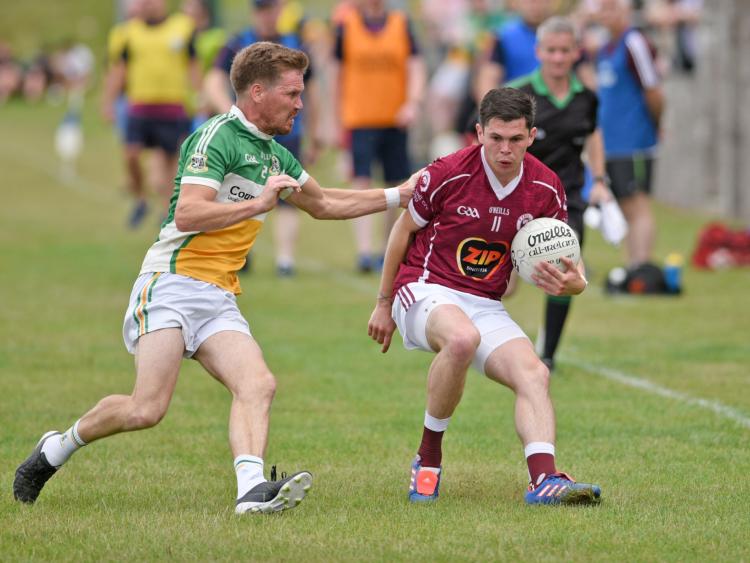 WHO DO YOU FANCY FOR JOW WARD?
Caoimhín Reilly: As open a senior championship race as there’s been since 2016, another ‘Sean O’Mahony’s could well inscribe their name on Joe Ward. Newtown Blues, though, going for the four-timer, a feat only achieved once before, by their vintage of the mid-1960s, must start as favourites. Naomh Máirtín and Ardee St. Mary’s will fancy themselves, while St. Mochta’s, Dreadnots and St. Joseph’s are in the reckoning, but it’s a hesitant vote for the holders here.

Joe Carroll: I can hear the cries: “We heard it before, Joe.” Yes, last year and the year before, and now here it comes again. The young (like Mulroy), the experienced (like Rooney) and a previous winner (Reel) to combine to give Naomh Máirtín a long overdue success. But it’s not a given – The Jocks have a huge task on even making it to the knockouts. They’re pitted with Dreadnots and the team that turned quite a few heads last year, St. Mochta’s.

Colm Corrigan: Will the effects of the lockdown make it a more open contest this year? I’m not so sure. Blues are worthy favourites again, and thereafter, Máirtín’s and Dreadnots look the pick of the rest. Interestingly, all three have different managerial teams from 2019, and sometimes, a different voice can bring more out of players. Darren Moore will have learnt a lot during Smiley Philips’ reign, Fergal Reel will hope his experience from his Pat’s days will help get The Jocks over the line, and Colin Kelly will feel he has some unfinished business with the Clogherhead men. For me, though, it’s the Blues to complete the four-in-a-row.

Daniel Bannon: Blues. They have so much to lose, but so, so much to gain! I think that will focus their minds. Five games in six weeks for a shot at absolute glory. History beckons but Ardee and Naomh Máirtín are ready to pounce on any mishaps.

The intermediate championship, who’s your pick?
CR: I selected Young Irelands at the start of the season and I don’t see any reason to alter that view now. St. Fechin’s will contest strongly and have shown promising form this year, qualifying for the Sheelan Cup final and beginning their Division One return impressively. Kilkerley Emmets, last year’s runners-up, and Cooley Kickhams will be among a quietly confident bunch, but it’s the men in green and black for me.

JC: There are as many as seven with a real chance of winning the Flood Cup. The 2016 Joe Ward Cup winners, Sean O’Mahony’s are down from senior, Cooley Kickhams just have to get back on the championship-winning bike soon, Young Irelands are lurking, Clan na Gael have been close on several occasions, and then there’s Kilkerley, St. Bride’s and St. Fechin’s. Those who like to bet on matches would be looking away from this title-test. It could end with O’Mahony’s nicking it.

CC: I think I plumped for Fechin’s 12 months ago, and they let me down with a bang! Qualification for the final of the Sheelan Cup recently represents further progress, but they’ll have eyes on the bigger prize. Not too many teams bounce straight back from relegation, something O’Mahony’s will be attempting to do. Kilkerley were blown away by Mattock in last year’s final, but I’d expect another big push from them. All things considered, I think Kilkerley could ultimately atone for 2019.

DB: Well, you could make a case that all 12 teams could win the thing out. Especially with the new rules, the year’s uncertainty and week-to-week nature of the championship. Kilkerley Emmets look to have the best squad available equipped to deal with all these variables.

Christy Bellew will land in the possession of who?
CR: Lannléire. I just can’t see who will be good enough to beat such a well-organised, refined and balanced team. Naomh Fionnbarra and Glyde Rangers have the forwards to do damage, while Na Piarsiagh have a watertight defence, but none have the all-round components of the Dunleer men. Mitchel’s could give you a run for your money at a big price.

JC: If there’s a footballing God looking down on this set-to, then he – or she – just has to guide Glyde Rangers to success. Their record of having been beaten in the last three finals – by an aggregate score of five points – is one you wouldn’t wish on your worst enemy, or even keenest rival.
Naomh Fionnbarra are lower down the pecking order than they’ve been for a while, and there’s a few whispers about Na Piarsaigh. Lannléire had no luck last year, but like the other 12 may have to give way to Glyde.

CC: Lannléire were my selection last year, and I’m sticking with them again. They had every chance in the semi-final against Roche 12 months ago, and will feel it’s one that got away. Glyde have had more than their fair share of chances and disappointments, and maybe they could yet prove their doubters wrong. But I’ll go with Dunleer again, as a value bet.

DB: I think this is as wide open as any championship has been for a long time. With no outstanding candidate at this level there is the opportunity for one side to come out of the cluster of Na Piarsaigh, Lannléire, Naomh Fionnbarra and Glyde Rangers. Whoever beats the Tallanstown men will do it.

Is there a player that you’re looking forward to watching?
CR: Ciarán Keenan, Ardee St. Mary’s, has the makings of someone special and now that he’s established himself on the Páirc Mhuire ‘40’, I reckon this could be both his and Mary’s year to shine.

JC: Their team might be a light of other days, but there are good reports on the St. Patrick’s brother, Ciarán and Jack Murphy. They’ll line out alongside the returned Eoin O’Connor. And can this space ever be filled without a mention for the ageless JP? Cooley’s Brian White is another not lacking experience and when on form is good to watch, and will Ciarán Byrne be back to pick up where he left off last season. No one, but several to clap an eye on.

CC: No one player in particular, but some of the Mary’s and Máirtín’s minors of the past few years are now coming of age and look to be exciting prospects. Máirtín’s introduced some fresh blood in their recent comeback matches, and they’ll be looking to make their mark if given the opportunity...

DB: Thirty-eight teams with a named squad of 24 means there are 912 players out there. So I’ll try my best to whittle this list down to a few. I love watching JP, Seán Marry, the Crosbies, while it will be interesting to see Eoin O’Connor and John O’Brien’s return. Trevor Matthews, Ciarán Keenan, Jimmy Murray, Eoghan Callaghan and Robbie Murphy...

Group match worth clearing the diary for?
CR: Can you imagine the skin and hair that will fly when Dreadnots meet Naomh Máirtín, and the old managerial adversaries, Colin Kelly and Fergal Reel, clash once more? A derby with a volatile twist.

JC: Pick from any one of three in the Dreadnots’ group and whoever’s allowed in will get value for money. Then there’s the meeting of two of last year’s champions, Newtown Blues and Mattock Rangers. But let’s go to the intermediate for one which, if the circumstances were normal, would have St. Brigid’s Park well packed, Kilkerley against Clans. No quarter given and none asked.

CC: For starters, this weekend’s clash of Blues and Mattock would be a real crowd puller in normal circumstances. I’m looking forward to seeing if Mattock can continue where they left off at the end of last season in intermediate, and if they’re capable of seriously troubling their senior counterparts. There’s also that bit of history between the clubs, and with Mary’s thrown in for good measure in that group, all three matches should be highly competitive.

DB: Sean O’Mahony’s and St. Fechin’s in group four of the intermediate championship. O’Mahony’s are always full value come championship time and this year will be no different. John O’Brien comes back on to the playing field to boost the entertainment value too. But the last game O’Mahony’s played at this level in Louth was against Fechin’s in the final in 2014.
How the fortunes of each club has contrasted since then. It will be interesting to see the revenge factor but Fechin’s are building a nice side around their talismen. It will either be the second or third match of the group with everything on the line; should be tasty.