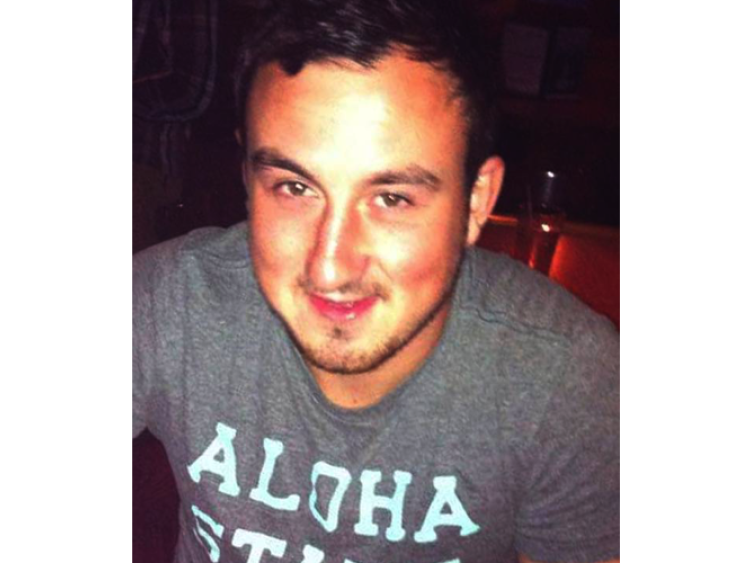 Aaron Brady has been found guilty of the capital murder of Detective Garda Adrian Donohoe by an 11 to one majority jury verdict at the Central Criminal Court.

The 29-year-old with an address at New Road, Crossmaglen, Co Armagh will be sentenced on October 14. Brendan Grehan SC for the prosecution told Mr Justice Michael White that the is obliged to impose a life sentence for murder and as the jury found him guilty of capital murder he must specify that Brady serve not less than 40 years.

With the verdict returned the trial judge lifted an embargo on what he had called "the most outrageous" contempt of court he had seen in his career. It emerged during the trial that a video of one witness giving a statement about Aaron Brady to gardai was circulated on social media with text calling the witness a "rat" and accusing him of "touting" on his friends. The witness in question did not come forward to give evidence. He was one of five witnesses who did not give evidence in a trial during which there were repeated claims that witnesses were suffering interference and intimidation.

The jury returned to Court 19 in the Criminal Courts of Justice at 12pm today (WED) having spent 20 hours and two minutes considering their verdicts since last Thursday. Sitting at the back of the court, Garda Adrian Donohoe's sister and two brothers sat patiently as the jury filed into the courtroom. His wife, Caroline Donohoe, sat alone in the body of the court, two rows in front of her relatives.

Brady, who was wearing a grey suit and red tie, sat in the dock staring straight ahead. His father and sister were the only members of his family in court as the verdict was read out and sat together directly behind him.

As the guilty verdict was announced, Brady hung his head and stared into the distance. He closed his eyes for a moment but made no reaction as the judge thanked the jury for their dedication to the case. His face was pale as the reality of what he had just heard sunk in.

The brothers and sister of the late detective became emotional and wept silently.

When the jurors left the courtroom, Mr Justice Michael White said the court would rise for 15 minutes. Within seconds, Brady left the dock and walked to the cell area without engaging with his father or sister, who have both been with him throughout the trial. Brady's legal team then followed him into the holding area.

As the courtroom began to empty out, Caroline Donohoe embraced the two solicitors for the State. She looked relieved as she touched fists with Detective Inspector Martin Beggy. One of the brothers of the late detective wiped away tears as he spoke to gardai within the confines of the court and the prosecution barristers.

Whilst groups of people gathered outside the courtroom, Brady's father and sister sat alone in their seats in the courtroom gathering their thoughts. Moments later, the defence team was seen sitting with Brady's family at the back of the court to discuss the outcome of the case. Brady's sister could be heard crying during the brief conversation.

Family members of the detective and supporters of the family looked relieved.

When Mr Grehan told the trial judge that he was obliged to impose a life sentence with a minimum of 40 years, Brady listened intently but gave no reaction.

Last Monday Brady was found guilty of involvement in the robbery that led to Det Gda Donohoe being shot dead. Brady's father was in court at the time and shook his head in disagreement as the jury left court to continue their deliberations on the first count. Before Brady returned to the holding cell that day, he embraced his father in a big hug. However, there was no such reaction from Brady today.

Brady had denied capital murder and said he had no involvement in the robbery at Lordship Credit Union on January 25, 2013 that resulted in the detective's death.

The prosecution used circumstantial evidence to prove that Brady was involved in stealing a Volkswagen Passat used by the raiders as a getaway car and to block the entrance to the credit union car park just as employees were preparing to leave with the day's takings followed by a garda escort. They also pointed to lies Brady told to gardai when he was questioned one day after the shooting and ten days later when he visited Dundalk Garda Station to give a voluntary statement. In his closing speech to the jury Lorcan Staines SC described Brady as a "practised liar". He said the prosecution case was a circumstantial one and that each piece of evidence on its own could be considered no more than coincidence. He added: "It's your personal tolerance when coincidence is put on top of coincidence until there comes a point that it is an affront to common sense that all these little things are coincidence."

To prove that Brady was the shooter the prosecution introduced the evidence of Molly Staunton and Daniel Cahill who said they heard Brady confess that he "shot a cop" or "murdered a garda" on multiple occasions after Brady moved to New York following the shooting.

Brady took the stand in his defence and told the jury that he was loading cubes of laundered diesel waste onto the back of a trailer when the robbery happened. He insisted he had nothing to do with the robbery and said that he lied to gardai to cover up his involvement in diesel laundering.

The jury did not accept his testimony and found that he was one of four raiders who jumped over the wall of the credit union just as the Passat blocked the car park entrance.

Brady pointed an automatic or pump action shotgun at Detective Garda Donohoe and fired a single shot to the head from about six feet away, killing him instantly. The jury's verdict shows that they were satisfied beyond reasonable doubt that when

Brady pulled the trigger he not only intended to kill or cause serious injury but he also knew he was shooting a member of An Garda Siochana acting in accordance with his duty.

The jury began hearing evidence last January in a trial that was expected to last four months but suffered major delays due to the Covid outbreak and lengthy legal argument in the jury's absence.

The court has sat for 122 days and the jury heard from 139 witnesses over the course of 28 weeks, making this the longest murder trial in the history of the State. During the trial it emerged that gardai had trawled through thousands of hours of CCTV footage and generated tens of thousands of documents during the investigation. Gardai claimed privilege over 50 statements taken during the investigation on the grounds that to reveal them to Brady could result in a threat to the lives of individuals. Mr Justice Michael White examined the documents and upheld the claims of privilege on the grounds set out by gardai.

Inspector Mark Phillips and Detective Garda Jim McGovern of the National Bureau of Criminal Investigation flew to New York on several occasions and worked with the US Department of Homeland Security to find witnesses who would testify to having heard Brady admit to the murder after he fled to America from Belfast Airport on a British passport about two months after the murder.

Only Molly Staunton and Daniel Cahill came forward to give evidence of having heard Brady's confession. Four others who gave statements to gardai alleging they heard Brady make similar confessions did not give evidence in court. The evidence of another witness who said he heard someone who said his name was Aaron Brady confess to killing a garda in a bar after a wedding was ruled inadmissible by the trial judge Mr Justice Michael White.

Mr Justice White will preside over a sentence hearing on October 14 when he will hear evidence relating to the robbery conviction and capital murder. The maximum sentence for robbery is life while the minimum for capital murder is 40 years.