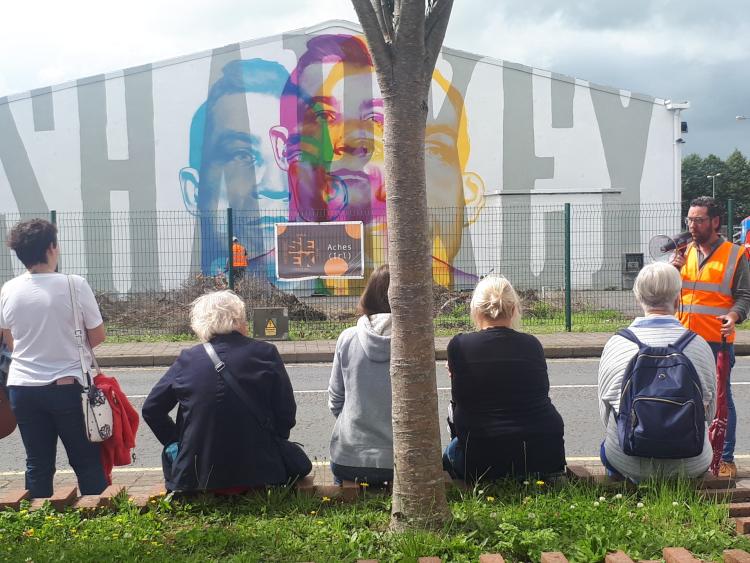 Let’s face it, the last few months have been a total and utter sh*tshow. There’s no other way of putting it.

While the greater pain and suffering the Covid-19 pandemic has brought is lamentable and incredibly sad in its own right, the knock-on effect the virus - and ensuing lockdown - has had is hard to fully quantify still.

Its fallout is ongoing and looks set to be a part of all our lives - in some shape or form - for some time to come. One of many joys of our lives that have taken a major hit during this time has been the arts.

Empty music venues, theatres and galleries stand as a ghostly reminder of all that has been lost or mothballed since mid-March.

Life is not normal right now. But that does not mean we should stop doing those things that make us human and bring us great joy.

Yes, we must take the necessary precautions. Yes, we must look after our vulnerable no matter what. But we can do those things and still take joy from creative pursuits. 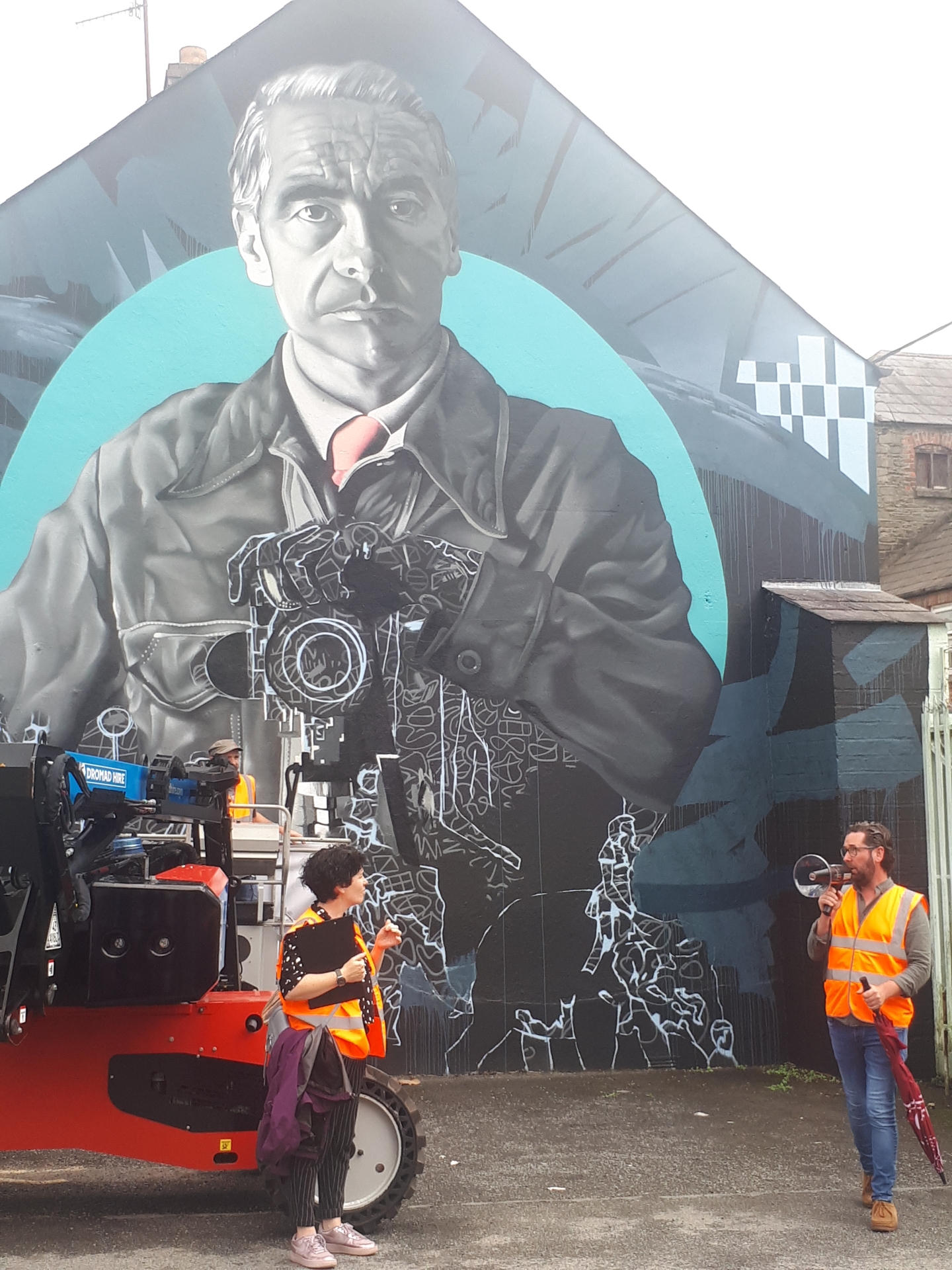 And so it is that the Seek Contemporary Urban Arts Festival returned to the (quieter) streets of Dundalk this month.
It is truly commendable that the festival has gone ahead given everything mentioned above.

But gone ahead it has and it is, without caring a jot about sounding cloyingly sycophantic, a triumph!

Since the rollout of the first Seek festival last year, there are now nine walls within a short walk of our town centre that our emblazoned with monumental splashes of colour and historically significant pieces of genuine art.

Local, national and international artists have been using the historic buildings of our town to portray the stories and people from our past that deserve to be given such a visible platform.

On Friday I had the unique privilege of feeling like a tourist in my own hometown as I tagged along on a guided tour of the nine sites that are now displaying, very proudly, our heritage.

And what made the biggest impact, alongside the original splendour of the pieces, was the great spread of people that were part of the tour.

Accents of differing nationalities chimed up at various points along the way to ask a question about the art, the artist or indeed about Dundalk itself.

Art brings us together in a way that few other things can. 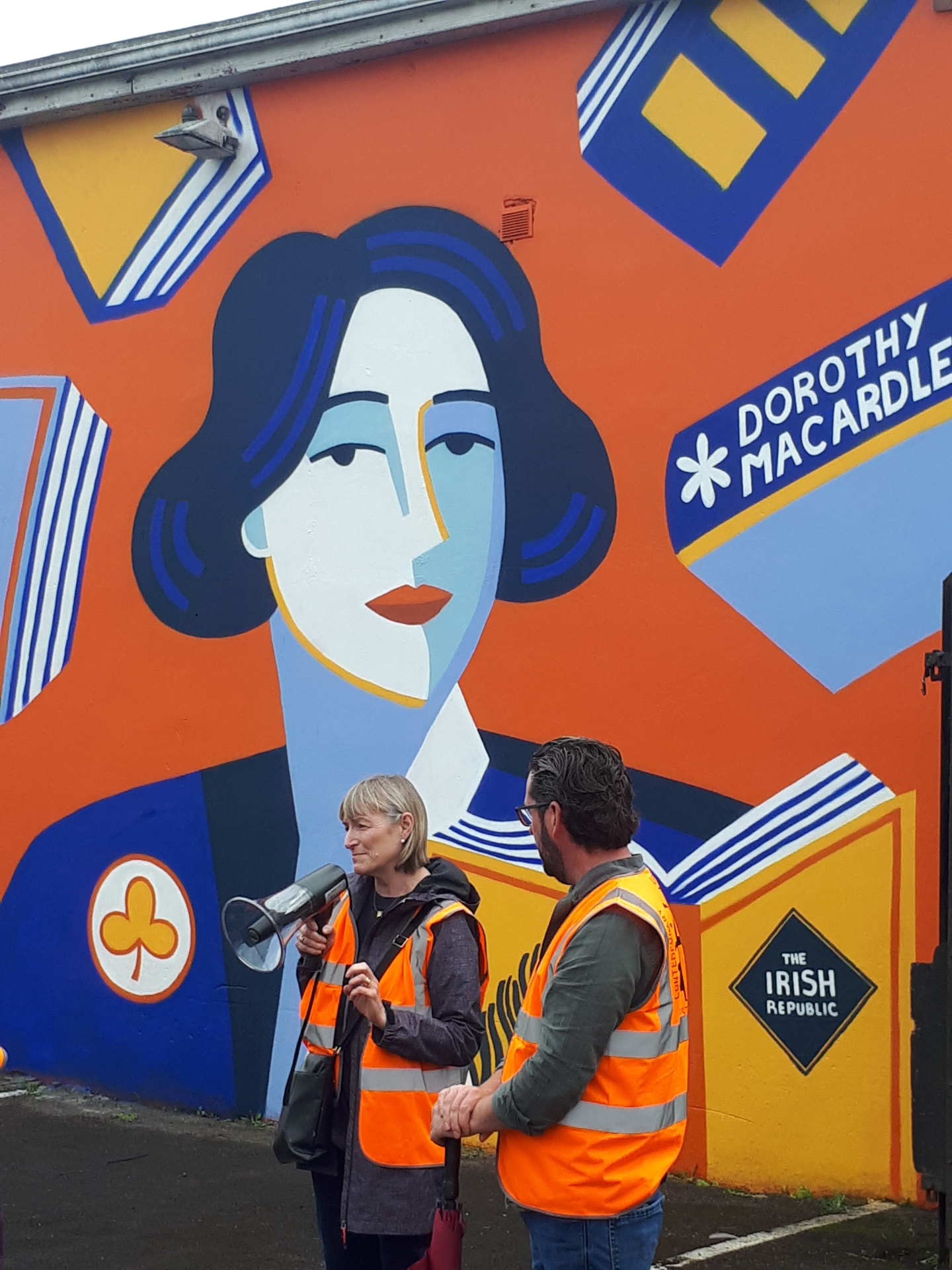 It transcends borders and any differences. It cuts through waffle and communication barriers.

Art is at once both completely subjective and totally objective. There is something approaching pride in witnessing your hometown, in some small way, becoming of importance and interest to someone not originally from there.

I listened intently as the tour guide, Martin McElligott, fielded questions and added his own spin on the unique, and mostly forgotten, industrial history of Dundalk.

As we walked across the town centre, I felt genuinely like a tourist. I was looking at the town and its buildings in a different way.

They were, for just a tiny moment, more than structures I have looked at almost my entire life, they had taken on a new significance.

I had stepped out of my own town, and for the first time, truly saw it as something else.

Something that we should be rightly proud of.

From speaking to Martin McElligott after the tour, it appears that there are plans to expand Seek next year, and quite probably the year after that too.

For too long Dundalk has kept its head down and kept itself to itself. This estrangement to opening up to the world can partly be attributed to our historical proximity to the border and the long, storied struggles accompanying that.

However, it is clear that over the past decade or so Dundalk has become a vibrant, multicultural town that is home to people from all walks of life. 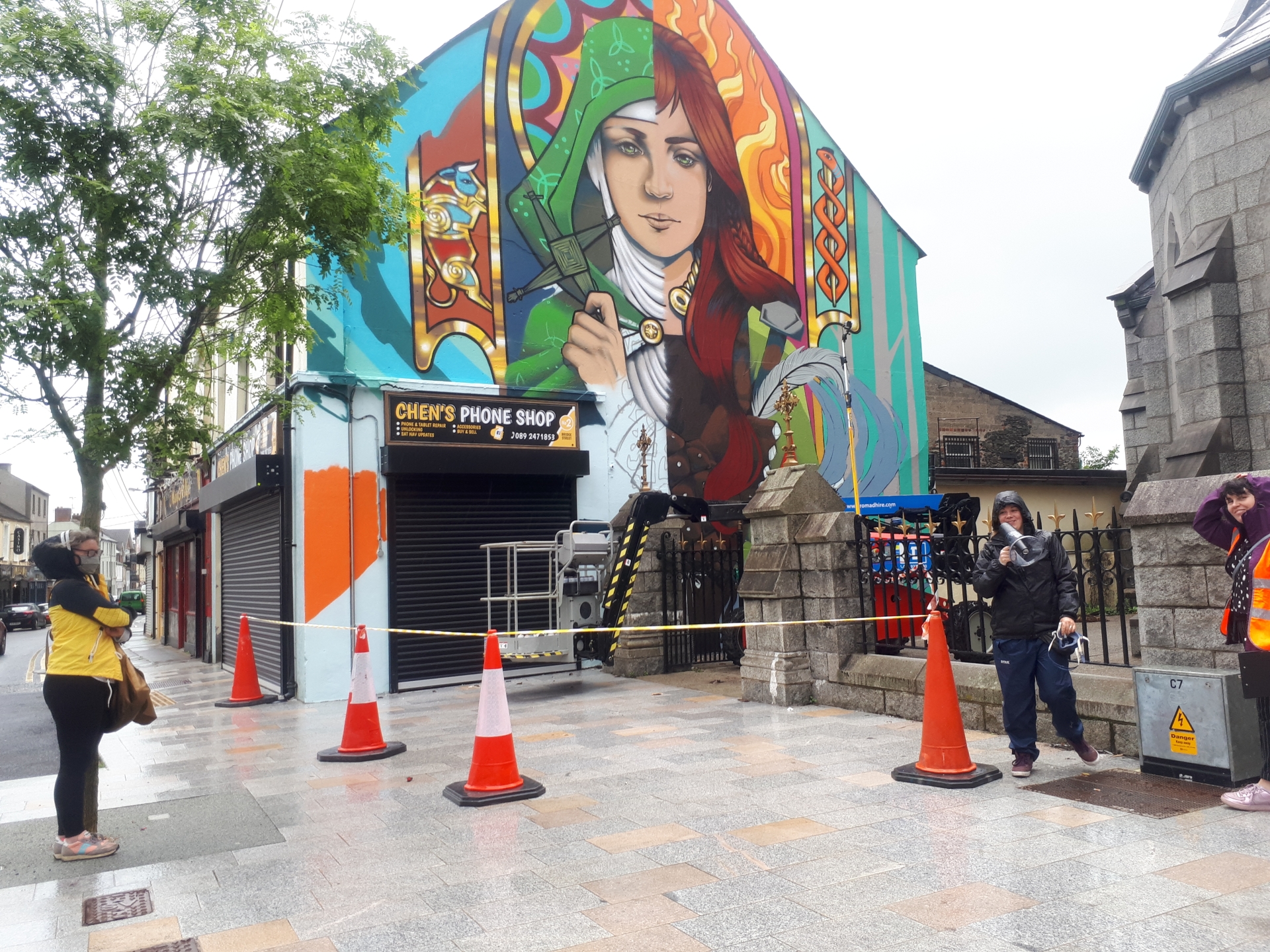 We have opened our doors, and at times, our hearts too, to this new world.

It is now time to take pride in our history and give ourselves a sense of place.

No longer should Dundalk be viewed as “tough and uncompromising”.

When you take a quick walk around the sites of the Seek art pieces, open your ears to the voices and the accents of the town, there’s much more culture there than you’d ever have believed.

Part of the mission statement of Seek is to be a “catalyst for change” and undoubtedly the public realm is the most visible place to effect such change.

And every town or city must change. Must adapt, must move with the times. What Seek allows us to do is to progress forward and embrace that change while also bringing our heritage closer to our hearts than ever before.

One of the wall murals on Gray’s Lane is based on the theme of our industrial railway heritage. It’s a fabulous piece, which captures the hardworking people of that era in their pomp.

It is a vivid image and immediately recognisable to anyone from Dundalk with even a passing knowledge of our past.
It was created by a Spanish artist named Chula Mente.

On Friday, as we toured, she took time out from completing the mural to speak to all of us.

She spoke glowingly of her deep interest in one of the subjects of the piece - a man with a bicycle, which is based on an actual photograph from the time in Dundalk.

Chula said that if anyone knew, or could find out, who that man with the bicycle was, she’d love to know so she can possibly contact any living family members personally.

Forging a new identity for Dundalk based on creativity while still celebrating our past is the ultimate raison d'être of Seek.

It’s time for the people of Dundalk to grab hold of this philosophy.

We are a great wee town, now let's tell everyone about it.