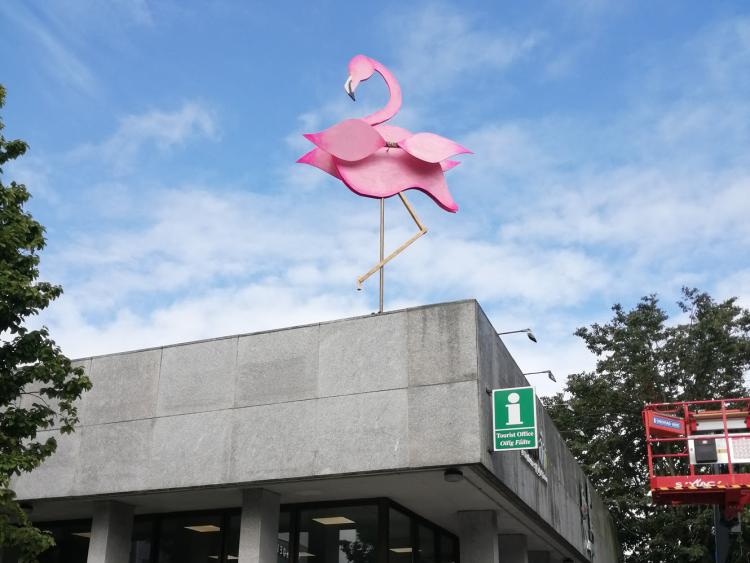 In the spirit of connecting to Dundalk’s history, AAEX (Art as Exchange) members decided to create an installation of an oversized flamingo sculpture with mechanical wings to commemorate the flamingo, which in 1985 took residency at Dundalk Bay and drew large crowds, even prompting a photo competition.

The AAEX Flamingo was originally meant to be installed at the small island opposite the Spirit Store to provide a contribution to the closing event of this year’s Seek Festival, planned for the 8th of August - the habitat of the original one.

However, as that event had to be cancelled due to the postponement of Phase 4 of the easing of Covid 19 restrictions, it was installed on the roof of the Dundalk Tourist Information on Market Square instead and is now part of the attractions in town, hopefully attracting visitors like its original predecessor.

The organisers said: "We hope it puts a smile on many people's faces. Go and enjoy it along with all the other fantastic artworks going up during the Seek Festival."

AAEX is a collective of over 30 local artists, supported by Creative Spark, which since 2016 has provided a variety of art initiatives in the region.