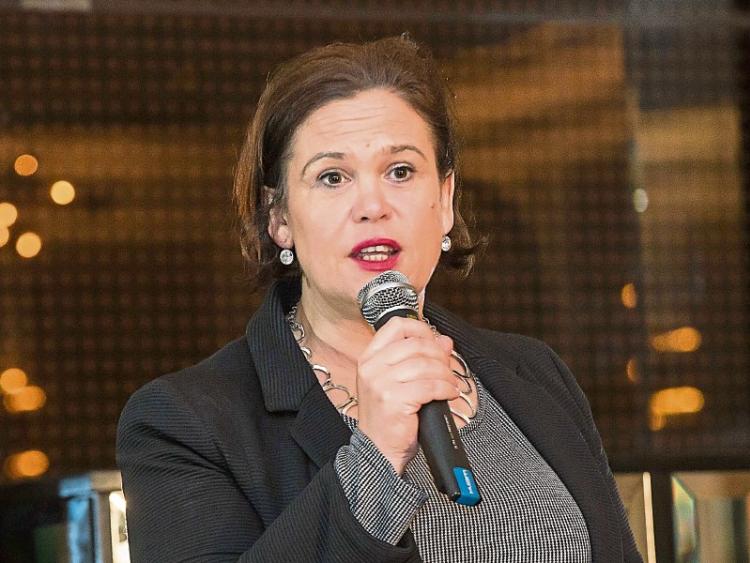 Sinn Féin president Mary Lou McDonald, during a visit to Dundalk this week, met with a number of families whose loved ones died at Dealgan House Nursing Home.

During a private meeting with some of the families, Ms McDonald said she supported their calls for answers about what had happened.

The Sinn Fein party leader was also joined by Dundalk TD Ruairí Ó Murchú and during the visit also met a number of groups at Muirhevna Mór FC before going to the community centre where she listened to concerns regarding insurance and childcare issues.

Deputy Ó Murchú said: “She also got the opportunity to hear from groups in Dundalk who are affected by State-wide issues such as insurance and healthcare’.

Muirhevna Mór FC were thanked for their work, along with volunteering with other sports clubs, during Covid-19 which ensured vulnerable people in the area were looked after, while Ms McDonald also heard about the work being carried out by Cuidigh Linn.

Muirhevna Mór FC also raised more than €10,000 for charity by hosting a socially-distanced 24 hour run that was attended by Ireland manager, Stephen Kenny, Dundalk FC manager Vinny Perth and players from the League of Ireland side.

The ‘Unite the Parish’ event, which was run by Bay FC, Na Piarsaigh and Pearse Óg, raised almost €4,500 for the Maria Goretti Foundation.

Ms McDonald also met with Mandy Fee from Pelican and Muirhevnamor Community Centre manager, Susan O’Neill and heard how the centre had been turned down for public liability insurance before Ms Fee helped to facilitate a policy thanks to her previous work in this area.

Mr Ó Murchú said: “Mary Lou heard first-hand how the fiasco that is the insurance industry is affecting the lives of people in communities across the State.”

Ms McDonald also heard from Clodagh O’Mahony about the possibility of childcare services, provided to children in disadvantaged areas of Louth, are under threat of closure.