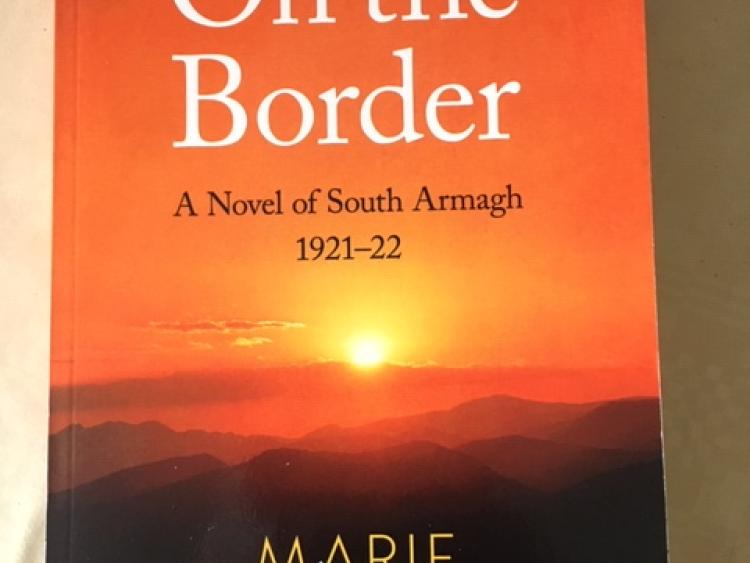 ‘On the Border’ by Marie Mc Cartan, which is just published, is perhaps the great novel of South Armagh. Set in the Forkhill area in the tempestuous times of 1921-22 when against earlier expectations and hopes people from the district found themselves behind a new border, it is the story of the reaction of a family to the  events of those times.

On Cashel mountain near the Armagh-Louth border, Bryan and Catherine Grant try to maintain a normal life for their four daughters. Meanwhile their son Hughie joins the escalating conflict between the 4th Northern Division of the IRA and the B Specials. When fierce gun battles break out across the border, deadly reprisals follow each atrocity. Civilians are murdered in cold blood, women are violated and houses are burned to the ground leaving families homeless.

As the 4th Northern division is pushed south, the division becomes embroiled in the Civil warfighting the forces of the Irish Free State, brother against brother.

‘On the border’ brings to life the tragedy, terror and heroism of one of the most significant periods in Irish history by drawing heavily on actual events and the lived experience of a South Armagh mountain community that unexpectedly found itself on the front line of the Irish Civil War.

Author Marie McCartan is already a well-known writer in the district and this is her masterpiece.  She has all the gifts of the outstanding novelist- meticulous research, the setting of a story, the presentation of the characters and above all a facility with language to make all come fully alive as a single drama.

A hundred years after these events, at the opening of the pages of ‘On the Border,’ the past is risen up again. The familiar names and places of this border area are alive again out of the forgotten years. Some of Ireland’s most traumatic times appear again.

This work immediately steps onto the pedestal of the great literary output of South Armagh from across the ages, and seems destined to achieve national fame and beyond.

The book is available on Kindle and Amazon