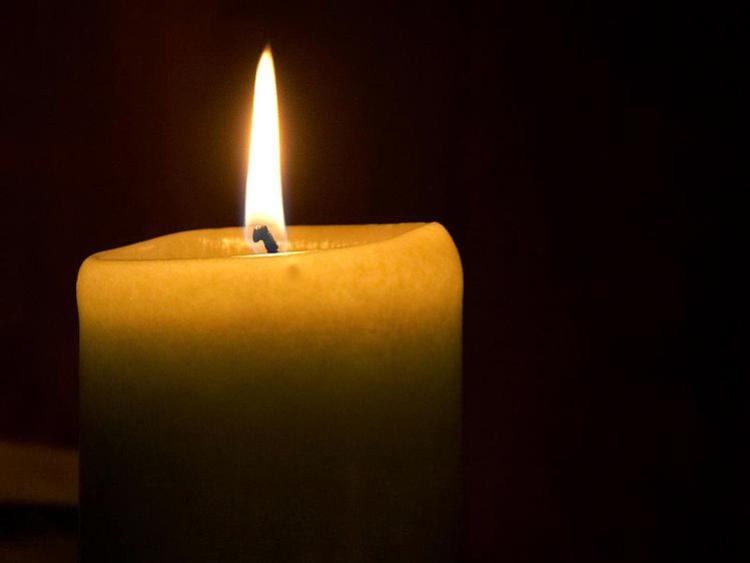 The death has occurred of Patrick (PJ) McEneaney, Greenacres and formerly O'Hanlon Park, Dundalk
Peacefully, in the tender and dedicated care of the staff of Our Lady of Lourdes Hospital, Drogheda. Beloved husband of Bridie and dear father of Terence and Adrian. Son of the late Patrick and Evelyn. He will be sadly missed by his sorrowing wife, sons, daughters-in-law Siobhán and Āine, grandchildren Néamh, Āine, Seán, Ciara, Laura-Lily, Shannon and Holly, sisters Marie and Attracta, brothers Brian and Harry, brothers-in-law, sisters-in-law, nephews, nieces, relatives and friends.
May He Rest in Peace
Family flowers only. Donations, if desired, to the Irish Heart Foundation.
Due to continued restrictions on numbers at public gatherings, PJ's Funeral Mass will be celebrated in the presence of his family and close friends only.
The community may wish to pay their respects and show their support to the family on the route as PJ's funeral cortege makes its way from Quinn's Funeral Home to St. Nicholas' Church on Saturday, 1st August, for Mass at 11am and afterwards for burial at St. Patrick's Cemetery.

The death has occurred of Anna Murphy, Newry Street, Carlingford
Peacefully in the tender care of staff at Carlingford Nursing Home. Predeceased by her parents Peter and Molly. Very deeply regretted by her brother Michael and sister-in-law Mary. Also by her nieces Elaine, Sharon and Marie, her nephew Micheal, grandnieces, grandnephews, cousins Aine and Eimear Rogan and all her relatives and friends.
May She Rest In Peace
Reposing at Rice Funeral Director's, Chapel Lane, Carlingford (Eircode A91 TY79) on Thursday from 3.00pm for friends and family to call. Removal that evening at 6.15pm to St. Michael's Church, Carlingford arriving for Evening Prayers at 6.30pm. Requiem Mass on Friday morning at 11.00am followed by burial in St. Michael's Cemetery.
Anna's Mass can be viewed on Church webcam by following this link
https://mcnmedia.tv/camera/st-michaels-church-carlingford

The death has occurred of Peter Richardson, Woodland Drive, Ard Easmuinn, Dundalk
Peacefully, in the tender and dedicated care of the staff of Louth County Hospital. Beloved husband of Olive and dear father of Maria, Angela, Peter and Robbie. Predeceased by his parents Peter and Elizabeth, sisters Molly, Esther, Bernadette, Chrissie, Kathleen and Carmel and brother Peter Patrick, Thomas Joseph and Thomas Pascall. He will be sadly missed by his sorrowing wife, daughters. sons, sons-in-law Tommy and Peter, daughters-in-law Helena and Mary, grandchildren Thomas, Paul, Luke, Lisa, Peter, Olivia, Ian, Geordan, Sarah, Zoe and Adam, great-grandchildren Mark, Izabelle, Sofia, Taylor, Eli, Levi, Ríonagh, Casey and Joshua, sisters, Una, Ollie and Rita, brother Jim, brothers-in-law, sisters-in-law, nephews, nieces, relatives and friends.
May He Rest in Peace
Due to continued restrictions on numbers at public gatherings, Peter's Funeral Mass will be celebrated in the presence of his family and close friends only. The Funeral Mass will be live streamed on Saturday, August 1st from the Church of the Holy Redeemer at 11am.
The community may wish to pay their respects and show their support to the family as Peter's funeral cortege makes its way to the Church and after Mass for burial at Kilsaran Cemetery.