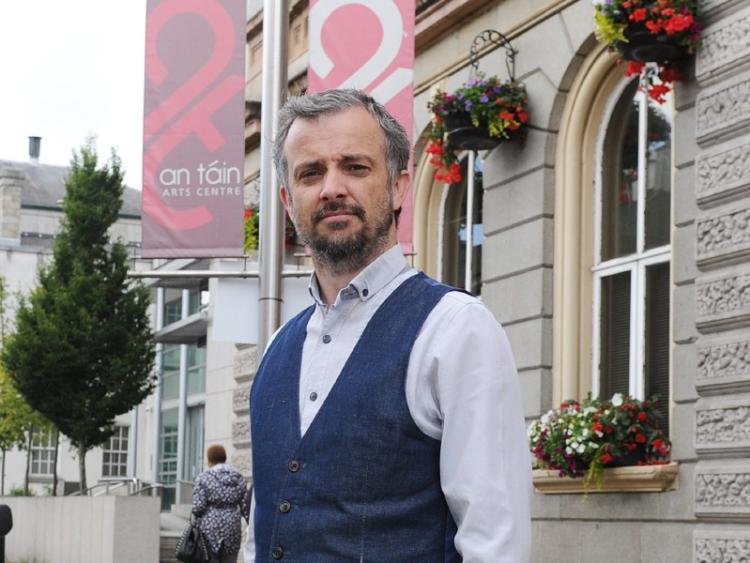 The full impact of the fallout from the Covid-19 pandemic on the local arts scene may only truly hit home next year, that’s according to the director of An Táin Arts Centre in Dundalk.

Speaking to the Democrat this week, Paul Hayes says that thanks to current Government funding the centre should be fine financially for the remainder of this year, but the ongoing lack of audiences at live events is something that the arts centre cannot sustain long term.

“About a month and a half ago the National Campaign for the Arts, for which I’m the Louth representative, were campaigning for €20m extra funding from Government to the Arts Council, we got that - we’re still trying to figure out how the Arts Council are going to get it to us - but it’s there,” he explains.

“Then the July Stimulus provided another €10m, again we don’t know how that is going to get to us, but it is there. Also, the extending of the PUP (Pandemic Unemployment Payment) is absolutely crucial for artists. They also extended the employer wage subsidy scheme, so that’s going to year end. Without that we’d be gone. In fact, all the art centres would be gone.”

The shattering reality of the situation is stark and, although Paul says he is optimistic by nature, the cloud is dark right now. For the first time in many years, there will be no pantomime in Dundalk this year, he adds.

“Because they would need to be in rehearsal now and they can’t,” he says, by reason of an explanation. “That’s the real challenge and that brings us a huge amount of finance to make us keep on keeping on.”

While August will see the continuation of the centre’s off-site programme and the hosting of Beauty and the Beast at Annaverna House in Ravendale (only possible because it will be family units that can be socially distanced at the venue), from September to December, which are normally busy months look empty right now.

“The trickier thing comes in the September to December programme, which would normally be chock a block with shows and every one of them has been cancelled or postponed.”

Unfortunately, the community aspect of the theatre has had to be mothballed, something Paul brands a “great shame”.

He says: “What we haven’t been able to do is support the local community an amatuer groups, Local school groups. Because what they would do is they would come in and book the theatre for a week and they would fill the house every night with 350 people, they would put 50 to 60 cast on stage - all of that is off for now.

“Even if you came up with a way of doing it - at 2 metres social distancing - the 355 seats become 59 and none of those local groups can make it work for 59 people. If it comes down to 1 metre, which we’re pretty sure it will, it opens the theatre up to 179 people, but still for local groups it’s all or nothing for them.

“We’re not allowed to have 50 kids on the stage, we’re allowed 15 with 2 metres, 30 with 1 metre. It doesn’t really matter because backstage areas are always tight in theatres, so there’s no way we have that many people backstage. All of that local stuff is off the agenda for now which is a great shame.”

The financial toll will be heavy, but so too will be a highly likely ‘creativity drain’ as artists who are let go head off and get jobs in private industry.

“I think we’ll all be grand for 2020, it’s 2021 is the big question - when can we let 350 people into the theatre and 50 people on the stage? No one knows the answer to that. Pessimists will say, not until there’s a vaccine which means huge amounts of layoffs.

“The problem with the arts is, if you lay people off they don’t come back. Because we all do this for a love of art and to bring art to people and bring communities together. If we all are laid off and find it’s much easier and secure in the private industry, it’s very hard to get those people back. You can’t run these places by yourself, you need constant discussion.”

Keeping his small team together has been tough going - freelancers were laid off. Paul says there is now a skeleton staff of four at the centre, including himself.

“We've had a team of four and since Covid began we have an hour long Zoom meeting every morning, mostly about keeping people sane and having a coffee, and throwing ideas around. We had 16 different parts to our programme because of Covid, which we had to come up with very, very quickly. So that’s all part of it.

“My worry would be the long term sustainability of the live arts. The gallery is fine, but the live arts, when are you going to see a gig again?”

The need to adapt quickly was utmost when the pandemic closures hit, Paul adds.