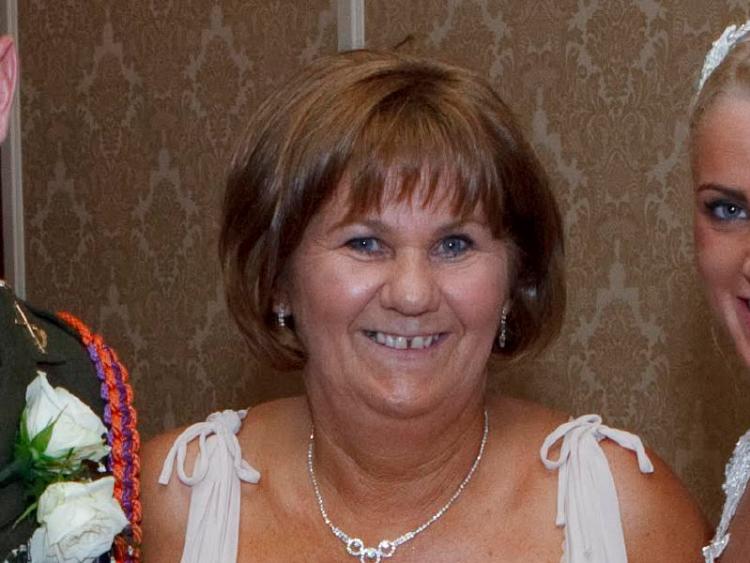 Teresa Connolly, 307 Beechmount Drive, Dundalk, who has passed away, was known for her outgoing personality and devotion to her family.

Aged 62, she died peacefully on 3 June, 2020, in Our Lady of Lourdes Hospital, following a brief illness.

Originally from Tatebane, Roche, she was a daughter of Rose (nee Flynn) who survives her and the late Séamus O’Hagan.

After attending the local national school and then St Louis Secondary School in Dundalk, Teresa worked in Molly Malone’s and Ecco, then in Dundalk Resource Centre in later years.

When she was a teenager, the family moved from Roche to Cedarwood Park in Dundalk.

Teresa was known for her bubby personality. She was a very friendly and kind lady who enjoyed a chat.

Indeed, she was often to be seen out on her distinctive cream and leopard print Dutch bike, complete with high handlebars. She would cycle all over, and was always happy to stop to speak with people.

Teresa wouldn’t pass anyone as she loved having the craic.

A big animal lover, she had three dogs and a cat, and enjoyed taking care of them.

Teresa’s world centred around her children and her only grandchild, Shauna. She lived for her family.

She got great pleasure from the garden which she looked after meticulously, and went far and wide to get flowers for it.

Teresa enjoyed to travel, visiting such places as Mexico and her favourite destination of Lanzarote. Only last March she returned from a holiday in Jamaica.

Teresa’s funeral Mass was celebrated in the presence of her family only, and was a very personal, intimate affair. Parish priest Fr Vinod Kurian officiated at the ceremony in St Joseph’s Church, Castletown, Fatima.

Readings were given by nieces, Sinéad and Eimear; and prayers of the faithful by Caitriona.

Sisters-in-law, Rita and Sandra participated in the offertory procession, while beautiful singing was provided by the group ‘Who’s Eddie?’, close family friends.

While government guidelines meant that numbers in the church were restricted, friends and neighbours were earlier able to pay their own tribute to Teresa by forming a guard of honour, while the cortege stopped outside the home place in Cedarwood Park.

Burial took place in the cemetery adjoining the church.