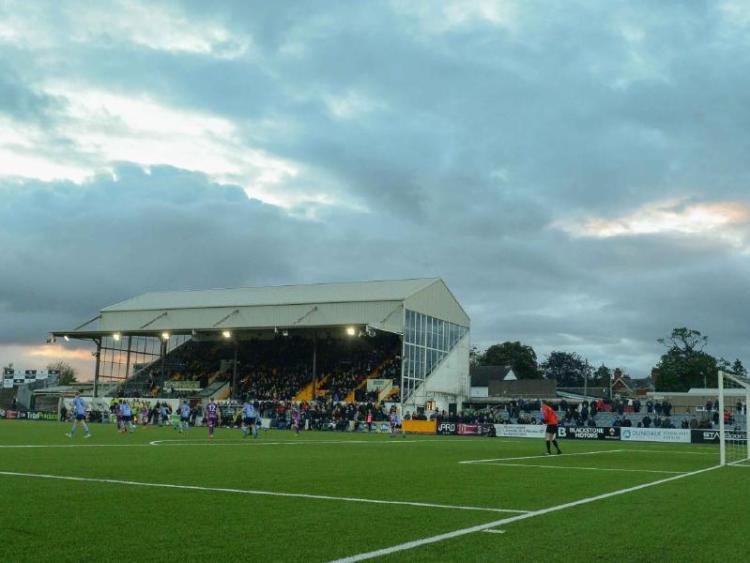 The 'sporting' divisions of the last century here in Dundalk

It might seem a strange subject to be discussing, or even remembering, in the 21st century which is now locked into the unknown fear of a pandemic that is sweeping the globe – but the sight of Jack Charlton's funeral last week has brought back memories to me of a Dundalk in which 'sporting' divisions in society were often the basis for animosities and prejudices that should never have existed!

Perhaps it is because the media these days seem to be preoccupied by reports and discussion about events that do not even exist in these times of 'lock-down'.

Or is it that sports, for many people, seem to be filling a void that is being created by the slipping away of faiths and old beliefs of many parts of Ireland of today?

To make clear from the start where I stand in this argument --- I love sport, even though I was never particularly skilful in any that were played in these parts --- but I fully recognise that there many who hate the subject and feel that they are getting an overdose of coverage on television and radio about games and their champions from long ago!

That said, I truly believe that Jack Charlton, whether he intended to or not, did more than anybody else to help heal divisions that had existed for far too long in Ireland!

I grew up in a Dundalk where friendships were made, courtships arranged and even things that some might do for others, depended on the sports which they or their fathers and grandfathers supported.

This often applied equally to the females, although, until well after the Second World War, sport was predominantly a male preserve!

These sporting divisions in old Dundalk were not purely created by the Soccer V Gaelic football codes. Rugby, golf and tennis were often used as a means of social and business advancement in Dundalk and as for equestrian sports, that was an even more questionable area where social class played a role.

However, although many might not want to speak about it today, it seems to me that one of the most divisive influences of the times was the effect of what was known as 'The foreign games ban' or, more accurately 'Rule 42' of the Gaelic Athletic Association's code. I can recall clearly that otherwise friendly members of a local drama group with whom I was involved almost came to blows in an argument over whether or not it should be repealed!

This sprung from the misconception that this rule had been introduced after the 1916 Rising and the subsequent War of Independence.

In fact, it was adopted in 1885, only two years after the foundation of G.A.A., for reasons that are too complicated to discuss here.

Whatever the cause, in the Dundalk that I knew as a young man 'Rule 42' was the cause of much hatred and even discrimination by both sides, which had nothing to do with 'sporting' ideals.

This rule was not finally withdrawn until November 2001; and even then that part about not indulging in 'foreign dances', which most people did not know about anyway, lingered on. This was long after Jack Charlton's 'Summer of Italia '90' which brought Ireland together in sporting celebrations but I would like to believe that 'the most beloved Englishman since St. Patrick' can be ascribed credit for this great achievement!