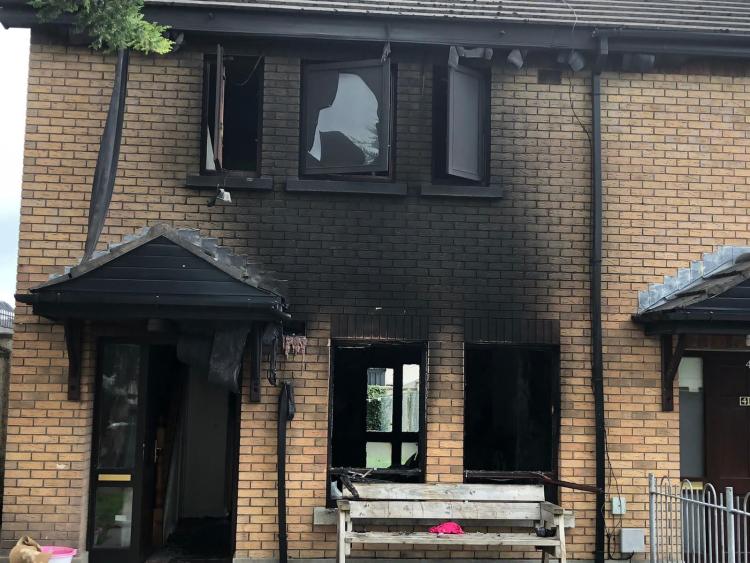 A four-year-old girl, who had escaped from a home which was subjected to a fire attack on Sunday morning, has been put into an induced coma as she continues her recovery.

Tennesse Joyce was in the home in Clontygora Court in Dundalk in the early hours of Sunday morning when it was attacked.

According to the Irish Sun today, the four-year-old, who was caught after being thrown from the upstairs window, was, along with her father and grandfather, put into an induced coma after the attack.

The toddler's grandmother, Winnie Joyce, speaking to the Irish Sun, praised neighbour Paddy Boylan for saving their lives by running into the burning home to rescue them.

“If it wasn’t for Paddy we would all be dead. It would have been mass murder.

“I was sleeping and I only woke up when I heard screaming. The screams woke me up.

“He is a hero. He ran in and out of the fire, he put himself at risk. He even caught Tennesse.

Giving an update on her pregnant daughter-in-law's conditions, Winnie added: “Savannah is seven months pregnant but she had to jump. She needs an operation on her legs and feet and is now in slow labour. The fire was so bad they had jump for their lives.”